Fighting Against the 'Dark Omens' of Rising Sea Levels 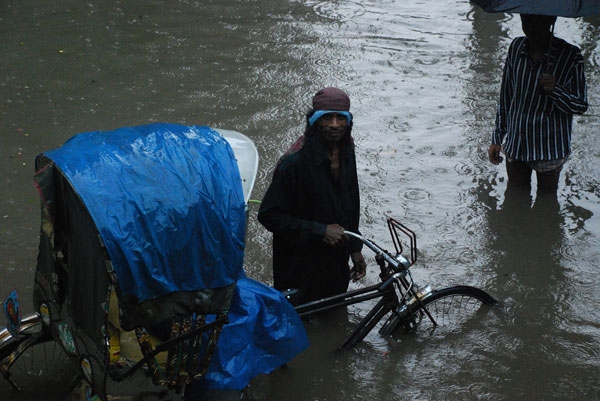 Last week, a report in Nature Geoscience revealed that polar ice may be melting faster than previously thought, leading to a more significant rise in sea levels throughout the course of the century. We asked our Sustainability Roundtable to discuss the implications of the warming of the oceans and the subsequent rise in sea levels. What will these phenomena mean for the future development of Asian countries? Are there opportunities for regional cooperation in dealing with the consequences of these environmental changes?

Shen Yamei is an assistant research fellow specializing in American foreign policy and China-US relations at the China Institute of International Studies (CIIS).

By its population density, Asia is the most vulnerable continent facing the global sea-level rise. According to a 2007 international research report, one in every ten Asians lives on the coast no more than ten meters above sea level. And China was exposed to the greatest risks, because it has a 143 million coastal population.

With a rising global sea level, Asian countries would suffer in multiple ways.

Environmentally, extreme weather events like tsunamis, floods, droughts, dam breaks will hit the earth at a much more frequent pace and on an even greater scale, subjecting mankind to nature’s fury without mercy.

In socioeconomic aspects, coastal regions with relatively sound industrial infrastructure will be sacrificed. Port cities and Asian financial centers such as Hongkong and Singapore will be put under severe threats. Some scientists projected that grain production in South Asia will decrease by 30% in the next 40 years. While expensive food has been a global phenomenon in the past two years, the era of food shortage crisis will be washed ashore to haunt the human society for even longer time into the future.

On health issues, since many infectious diseases are climate-sensitive and often accompany extreme weather events, response to them inevitably takes on a public policy dimension.

Above all, the global sea-level rise poses a fundamental challenge to the very existence of some Pacific island countries, such as Maldives, Marshall Islands and Tuvalu. It is estimated that by the year 2070, millions of people in the Asia Pacific will be uprooted and become "environmental immigrants" due to nature’s invasion into their homeland. Another example could be Bangladesh. With every one-meter rise of the sea level, 17% of its territories are to be submerged.

Asian countries are caught between the devil and the deep blue sea in dealing with these types of climate change issues, because forces tearing at the earth are the same exact forces that have created an economic miracle here. Economic growth has lifted 270 million Asians out of poverty in 15 years, delivering food, products, and job opportunies. In the meantime, human activities accumulated throughout history has led to high carbon emissions, more chemical pollution and fewer forests.

Asia must squarely face the fact that it is growing fast beyond environmental capacity, and that the development mode must be shifted toward a more green and sustainable one. In that process, the government, media, civil society as well businesses all have much to contribute, by integrating environmental plans to socioeconomic endeavors, establishing climate monitoring and diagnosis systems, improving coastal habitat and ecosystem assessments, and doing preventive research on climate change adaptation for such businesses as aviation, telecommunications and commercial insurance.

With all these dark omens lurking ahead, the future is in our hands to write.