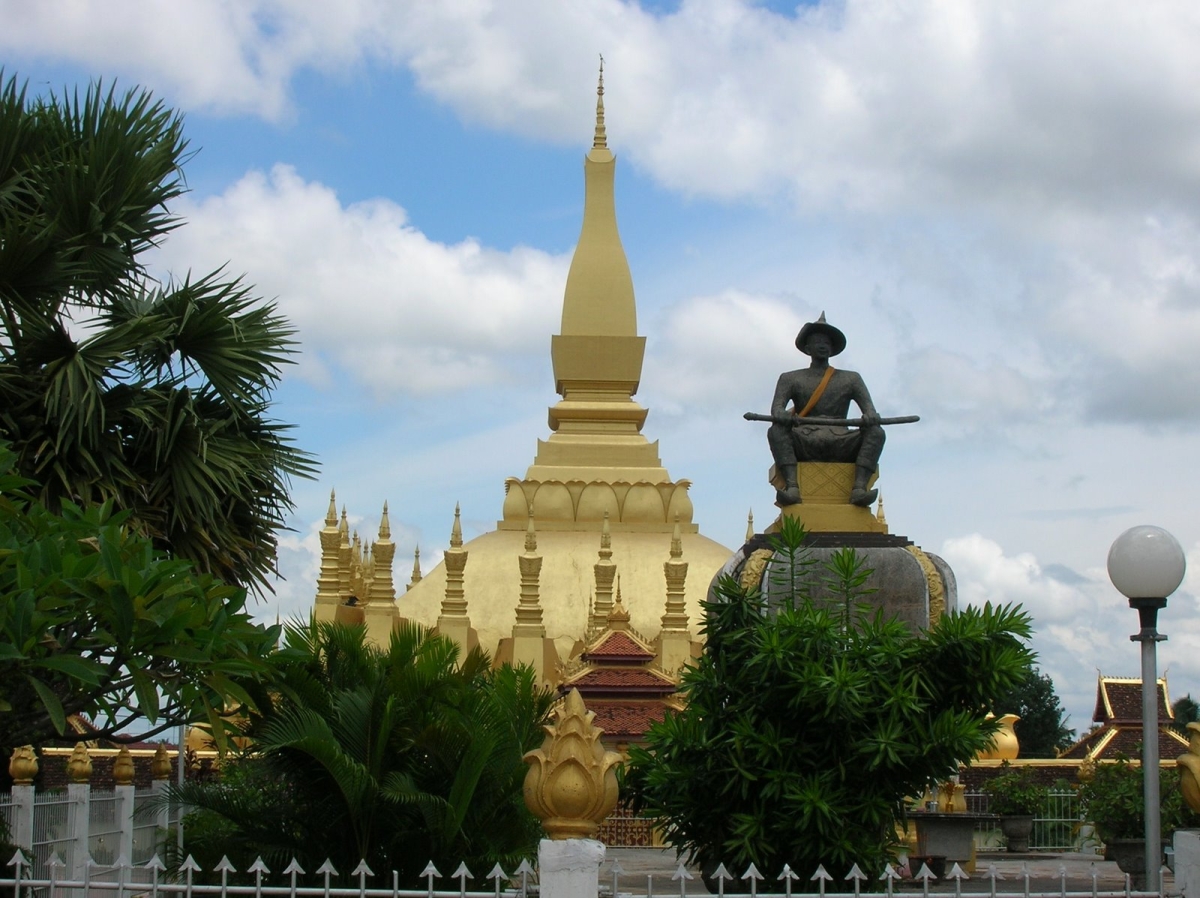 Laos is vying to become the battery of Southeast Asia via development of the first hydro-electric dam on the mainstream of the Mekong River. With the political will and finance capacity to carry out large-scale dam development on the Mekong, Laos strives to become the major hydropower producer on the lower Mekong — with the aim of developing power related revenue for the nation to advance economic development. Neighboring countries, Vietnam and Thailand in particular, view both the economic opportunities of cheap energy, alongside the potential environmental harm of dam development. The issue of Laos' immanent hydro development on the mainstream of the Mekong forces examination of 21st century plans for the region — the crossroads of modernization in a traditionally low development zone.

A range of issues have arisen around the proposed dam development. In this posting I explore the question of why Laos is the designated "battery of southeast Asia" and how cooperation along the lower Mekong will result in sustainable dam development on the Mekong. I also examine the role of Western environmental organizations in the recent halt to development of the Xayaburi Dam in Lao PDR.

Brief Background of the River and its People

The Mekong River (known in Tibet as Dza-chu, China as Lancang Jiang and Thailand as Mae Nam Khong), is a major river in mainland Southeast Asia. Known as the "Mother of Waters," the river supports one of the world's most diverse ecosystems. It is the 12th longest river in the world and also the longest river in this region. From its headwater in China's Qinghai Province near the border with Tibet, running through Yunnan Province of China, Burma, Thailand, Cambodia, Lao PDR and Vietnam, it covers a distance of 4,200 km (2,610 mi).

Over 60 million people depend on the Mekong River for many reasons such as for food, water, and transport and there are annual flood-drought cycles which support production of rice, vegetables, and even fisheries on the floodplains.  The present abundance of surface water, low levels of development and generally high water quality in the Lower Mekong Basin (LMB) reveal that significant opportunities exist for development of hydro-power and other water-related resources on the Lower Mekong.

The management issues and priorities of the Mekong River differ in each of the riparian countries which each have very different political and economic settings. There are many issues related to trans-boundary river management among the nations from which complications flow and threaten to impair relationships between neighboring countries. Not the least of which include major dam development on the upper Mekong by China and significant hydro-development planning by Laos.

There are six countries in the Mekong River Basin, with two in the Upper river basin (China and  Myanmar) and four in the Lower river basin (Thailand, Laos PDR, Cambodia and Vietnam).

In Laos and Cambodia, approximately 85% of national area falls within the basin of Mekong River, therefore these countries are heavily dependent on the river for fisheries and agricultural production. Two national capitals, Vientiane and Phnom Penh, border the Mekong River in their city centers. Regarding China and Myanmar, the Mekong River carves a very minimal portion of each country. Thailand has some areas of the Mekong River over the Kholart Highland, which is located in the east part of the country.

The Nature of the Planning Problem

The Thais want more water; the Laotians want capital and expertise to develop hydropower for export to Thailand and Vietnam; the Khmers (Cambodians) need capital and infrastructure and to secure sustainable fishery resources in the Ton Le Sap (Great Lake); and the Vietnamese, while in need of capital for the management of resources, do not want any upstream development to exacerbate salt water intrusion in the Mekong delta during the dry season. These issues help to set the stage for the immanent need for a basin-wide management strategy.  The four countries mentioned above (Thailand, Cambodia, Vietnam and Lao PDR) recognize the need to cooperate to put in place the best management practice for peaceful governance of the Mekong and thus in 1995 formed the Mekong River Commission (MRC) to manage the transboundary river issues and ensure cooperative planning frameworks.

Issues to be addressed by the MRC:

A framework for cooperation: the Mekong River Commission

As economic development in the basin has grown, the need for a more formalized agreement on mutual cooperation became apparent. In 1995 the Mekong Committee members ratified the 1995 Basin Agreement and officially formed the Mekong River Commission (MRC). The MRC has been instrumental in providing a common arena for member states to regularly meet and discuss issues related to their shared water resources. Currently, the MRC along with the World Bank, are in the process of developing a Mekong Regional Water Resource Assistance Strategy that will "set out the scope for potential assistance to both regional and national projects in the basin over the next 10 years." The coordination of development among all riparian states is critical to the long-term development of the river. Rapid development in the Mekong River Basin is leading to growing competition for Mekong River waters for agricultural, industrial, domestic, and ecosystem services uses.

Why Laos? And another British anti-dam activist

Laos has limited options for economic development and views its hydro-electric development potential as key to economic development for its people. With an estimated (theoretical) potential of 18000MW, and a willing buyer of power in neighboring Thailand, Laos is determined to exploit its position on the Mekong to expand its GDP and become the "battery for Southeast Asia."

Recent assessments of the potential impacts from hydro-development, to no big surprise, find that the potential risks and negative outcomes outweigh the potential economic benefits of a high dam development scenario on the lower Mekong. In fact, very few dam projects assessed through economic analyses ever produce net positive impacts, and this fact has curtailed World Bank funding for dam development across its client nations. As nations throughout Europe and North America sit back and enjoy the cheap, clean and abundant power from hydro, the same nations continue to create roadblocks to large-scale infrastructure development throughout the developing world. Such hypocrisy has not gone unnoted.

I would assert that economic analyses should be one consideration for dam development, and yes, environmental concerns should be taken into account, among other negative impacts such as forced relocation, harm to wildlife and cultural heritage losses. Yet, the imperatives of economic development via infrastructure development in nations as abjectly poor as Laos should be given considerable weight in the same decision-making processes. As I watched the video on recent environmental protests against the Xayaburi dam in Laos, the sight of another British environmentalist advocating a non-development approach in one of Asia's poorest nations made me cringe at the irony of which the environmentalist is blatantly unaware.

For us in the West as advocates of sustainability in our own homes, and in Asia, perhaps it's best to let Vietnam, Laos and Thailand work this one out on their own, as they have proven quite capable of doing, and save our own ideological advocacy for the host of issues in our own backyards. Contact me at boyle.christine@gmail.com to discuss further.