An Empty Chair in Oslo 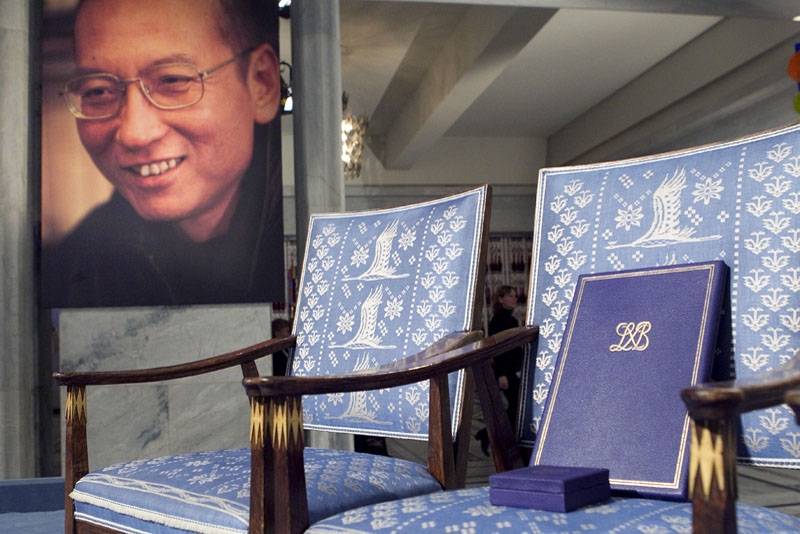 The chair reserved for the winner sat empty during today's Nobel Peace Prize ceremony as neither jailed Chinese dissident Liu Xiaobo nor a representative on his behalf was able to attend the ceremony.

Images of Nobel committee chairman Thorbjorn Jagland placing a medal and certificate in the chair were seen around the world – except in China, where broadcasts and websites from Western news organizations were blocked. Online, the Chinese characters for "empty chair" were filtered out.

Liu became the first Chinese citizen-resident to be awarded the prestigious prize, which includes a $1.4 million award. Over 1,000 diplomats, dignitaries and officials gave a standing ovation to the 54-year-old critic, who is one year into an 11-year sentence for "inciting the subversion of state power."

There were other noticeable absences in Oslo. Sixteen countries declined invitations to the ceremony, highlighting China’s influence and arm-twisting tactics.

Director of Policy Initiatives at Asia Society Mike Kulma said China's reaction, from the announcement of the award up to today's ceremony, may give countries in the region who are already concerned about its peaceful rise something else to worry about.

"Especially in light of Beijing’s recent statements regarding the South China Sea and a diplomatic row with Japan, China's neighbors are growing increasingly concerned about a China that is more willing to flex its muscles in the international arena. China will need to tread more lightly on future issues or risk further raising a caution flag amongst its neighbors."