Does it Matter if Jon Huntsman is 'Fluent' in Mandarin Chinese? | Asia Society Skip to main content

Does it Matter if Jon Huntsman is 'Fluent' in Mandarin Chinese? 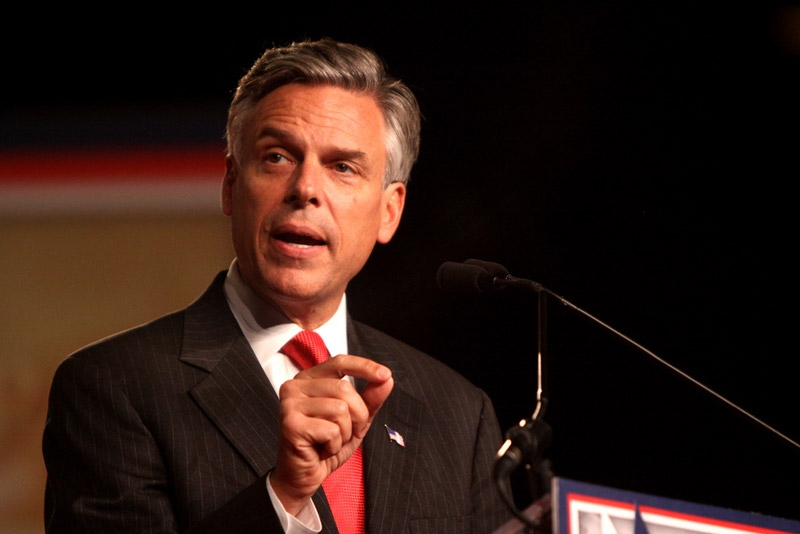 Jon Huntsman, former Utah Governor and U.S. Ambassador to China — and current Republican candidate for president — is at the center of a discussion that reveals our assumptions about language perhaps better than any other: the idea of “fluency.”

In an interview with Stephen Colbert, Huntsman, often referred to as a “fluent” speaker of Mandarin Chinese, drew headlines when he used Mandarin to jokingly ask Colbert to be his running mate in the election. While his remark was not completely unintelligible to a Chinese speaker, it was not particularly grammatical by most standards (and he clearly misplaced the word “vice” in his sentence). Some commentators then jumped in to debate whether or not Huntsman was actually “fluent” in Chinese, perhaps ultimately missing the real point of the matter.

I can’t tell you how many times I’ve had to respond to the question of whether or not I am fluent in another language. My answers usually result in a lot of grimacing from my interlocutor and some regret that he or she has asked the question. If you want to talk about nanotechnology, for example, then I am not even fluent in English, though it is my native tongue. Yet when it comes to everyday expressions like “what’s for dinner?” or “where’s the bathroom?” I could assert with confidence my “fluency” in at least half a dozen languages!

In Mandarin Chinese, which I studied mostly with an interest in literature and history, I can speak quite fluently about the influence of Buddhism on Tang dynasty culture, but don’t ask me to discuss the latest stock exchange figures. In Japanese, which I studied primarily as a diplomat, I can rattle off the names of a half dozen non-proliferation treaties, but would likely have difficulty giving a speech on the Chinese Buddhism I thought I knew so well. In Korean, well let’s just say, I can speak well enough to elicit a lot of responses from people that I neither understand nor know quite how to respond to.

The U.S. Foreign Service has a well-known scale for language proficiency that many people use to assert that languages like Chinese, Japanese, Korean and Arabic are three or four times more difficult than languages like French, Spanish and Italian. What this scale is really measuring is not the inherent “difficulty” of the language, but rather the time it takes for a native speaker of American English to attain a certain level of proficiency in it (leaving fluency aside for the moment). As a native speaker of English who studied Japanese in Tokyo together with a wife who is a native speaker of Korean, I can tell you that Japanese is not an inherently difficult language for a Korean speaker.

Although I had studied several years of the language prior to arriving in Japan, my wife was, after a few months — with no prior training — able to master tons of vocabulary and even read newspapers with ease. It was only later that I discovered that it wasn’t that I was completely hopeless, but that Japanese and Korean use much of the same Classical Chinese-derived vocabulary for a lot of the concepts written about in newspapers. And while my wife’s fluency in reading a Japanese newspaper quickly exceeded mine, there is a lot of English-derived vocabulary in Japanese that I could master as quickly as she could.

So what, after all, is fluency? I am not sure that the concept is particularly useful at all the way people commonly use it. It is not like nirvana, a state of mind that you magically reach at the endpoint of some spiritual journey. It’s perhaps more like high blood pressure, a spectrum along which opinions and definitions are likely to differ. And is Jon Huntsman fluent in Chinese? For my part, I have no problem acknowledging that he is. He can clearly communicate with people and understand what people are saying to him — maybe not about nanotechnology, but certainly about what time dinner is, or when the Embassy ball begins.

And unlike the vast majority of American political leaders, he displays an engagement with another language and culture, and significant experience living and working in a Chinese speaking environment. While he may or may not be ready to do his next stump speech in Chinese — though I’m quite confident that with some preparation he could — it is clear that people in China appreciated the fact that he could speak at least some Chinese. Some have taken as evidence for Huntsman’s "poor" Chinese the fact that he did most of his public speaking in China in English. It needs to be understood, however, that most diplomats stick to their native language when addressing policy issues or sensitive topics because no matter how “fluent” you are in another language, if it’s not your native tongue, there will undoubtedly be subtleties and nuances that you will miss. In everyday conversation, these are not usually a problem, but when you are talking about exchange rates or non-proliferation treaties, it’s important to be precise.

Fluency is very much like another fundamental concept that people get completely wrong — that of a “language” vs. a “dialect,” the best characterization of which is the old linguistic quip that a language is just a dialect with an army and a navy. After all, Cantonese and Mandarin are at least as different from one another as French and Italian, even though both are referred to commonly as “dialects” of Chinese, rather than as separate “languages.”

Though we might well express scepticism about Jon Huntsman’s level of Chinese language proficiency, I for one am not about to give him the Foreign Service language exam anytime soon. At the very least, I think it would be fair to say that his learning of Chinese and interactions with Chinese culture give him a window on the world that many American politicians simply do not have, and for that I think we should be appreciative.