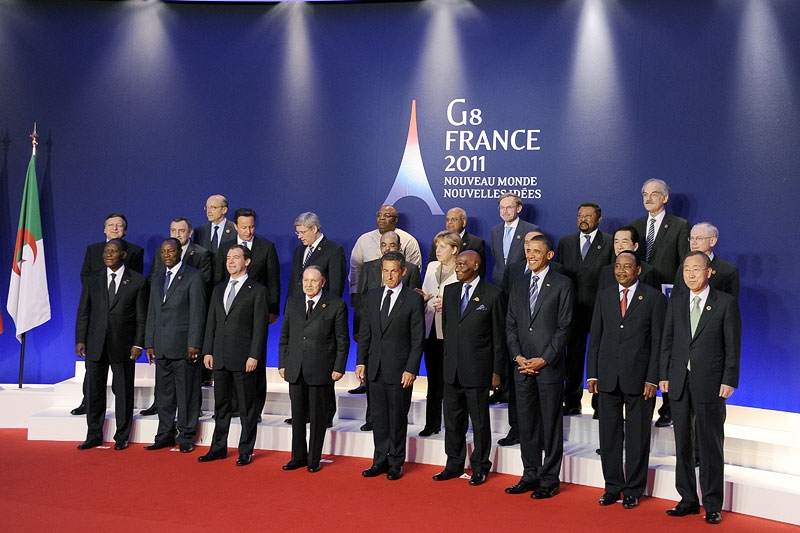 Asia Society's Sustainability Roundtable will be a regular feature on the re:ASIA blog featuring insight and analysis on current events from our team of sustainability experts. This week, we asked our roundtable to reflect on last week's G8 summit, which took place May 26-27 in Deauville, France. How did the summit address issues such as nuclear safety, climate change and the ongoing bioenergy debate?

Michael B. Gerrard teaches courses on environmental law, climate change law, and energy law, and is director of the Center for Climate Change Law at Columbia University Law School.

But reflecting an obvious lack of consensus, even among G8 members, on the nature and scope of an international treaty to replace the Kyoto Protocol after it expires in 2012, the Declaration was less than clear on how to achieve these goals, leaving out specific policy recommendations other than a blanket acknowledgment of the "need to operationalize the Cancun Agreements and deal with unresolved issues" in Durban.

This lack of specificity is disappointing, particularly when the declaration is read alongside earlier declarations like those issued in Muskoga, Canada in 2010 and in Pittsburgh, USA in 2009. But it is hardly surprising, given the uncertain state of international climate diplomacy.

The Deauville Declaration was much more specific on nuclear safety than it was on climate change, reflecting members' newfound concerns about safeguards and disaster prevention, as well as a growing ambivalence, most pronounced in Germany, about the continued reliance on nuclear energy. Among other things, the declaration called on the IAEA to consider revising pertinent standards, urged countries that have not yet done so to ratify a broad set of relevant international conventions, and noted that members would consider the possibility of amending one convention in particular, on Early Notification of a Nuclear Accident.

Taken as a whole, the Deauville Declaration's treatment of nuclear safety and climate change reflects the shifting landscape of international energy policy in 2011. While climate change mitigation remains an important goal, the way forward is not entirely clear. And while nuclear energy remains the only source of carbon-free electricity already deployed at the scale of hundreds of gigawatts, reasonable concerns about safety are undermining climate change and sustainable development plans that call for the construction of new fleets of nuclear plants.

These developments highlight the importance of greater priority to energy efficiency, which has tremendous potential for large reductions in energy use and greenhouse gas emissions with almost no adverse environmental impacts, as well as for renewable energy, which is making great strides.