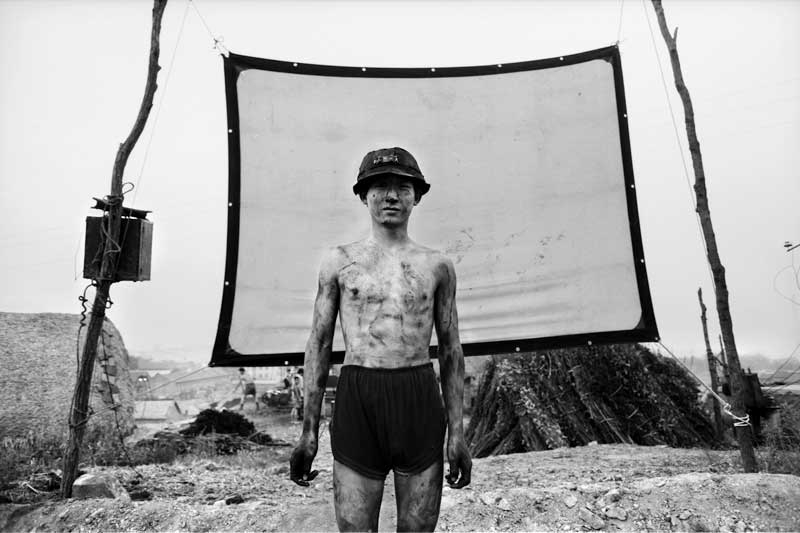 Today's New York Times devotes extensive coverage to Coal + Ice, a new photography exhibition that opened last weekend at the Three Shadows gallery in Beijing. A project of the Asia Society's Center on US-China Relations, Coal + Ice shows images of two indelible features of the modern Chinese landscape — coal mines and Himalayan glaciers — and suggests how the former has contributed to the diminishing of the latter.

Central to the exhibit are the images of David Breashears, a photographer who, through several recent trips to the glaciers, found that they were much smaller than when photographed by George Mallory almost 90 years earlier. The consequences of the melting are dire, not least for the hundreds of millions of people who live downstream from rivers fed by Himalayan ice.

"For a long time, we assumed that glaciers didn't have much to do with us," said Orville Schell, director of Center on US-China Relations and an overseer of the show. "But as it turns out, they did."

Melting glaciers, though, are only half of the story. Coal + Ice juxtaposes Breashears' images with pictures of China's coal miners, men who toil in some of the world's most dangerous conditions to extract the substance fueling China's economic boom. The environmental consequences of coal mining are great: in addition to causing pollution, the mines are thought to be a major contributor to global climate change.

A filthy coal mine in northern China's Shanxi Province and a pristine glacier in Tibet may appear to have little in common on the surface, yet Coal + Ice shows how together they demonstrate how environmental change is affecting Asia.