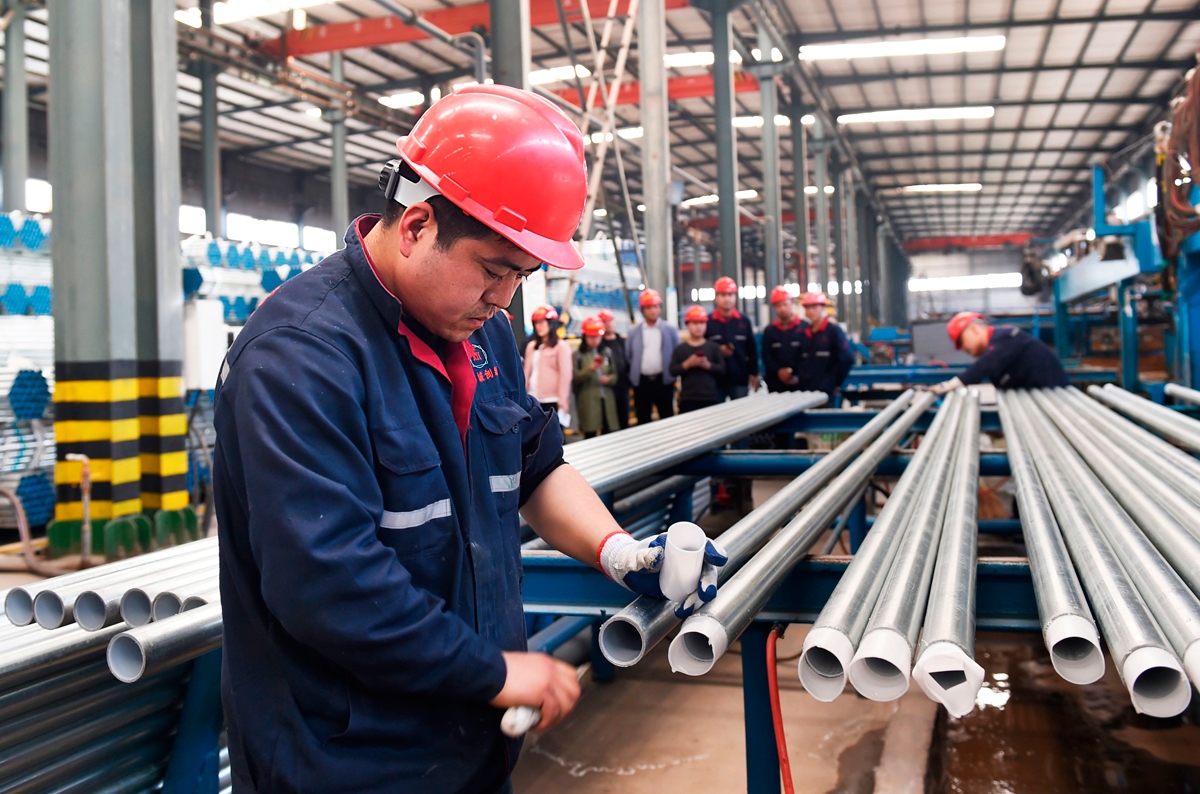 This photo taken on April 17, 2018 shows a worker checking steel pipes at a factory in Zouping in China's eastern Shandong province. (AFP/Getty Images)

On May 10, Ian Bremmer will discuss his new book with Asia Society Policy Institute President Kevin Rudd at Asia Society in New York. The event will be available via live webcast at 8:30 a.m. New York time.Learn more

During Donald Trump's successful campaign for the U.S. presidency in 2016, he regularly disparaged "globalists" who, he argued, had robbed the United States of its national wealth and sovereignty. Though Trump's victory is often seen as a sui generis event, one only possible in a celebrity-saturated culture like America's, his attacks on globalization are hardly unique worldwide: Britain's exit from the European Union and rising authoritarianism in once-stalwart democracies like Turkey, the Philippines, and Hungary have each derived, to a certain degree, from anger about globalization and economic elitism.

One country which has so far resisted this trend is China, which should probably come as little surprise — arguably no major economy in the world has benefited more from globalization. But Ian Bremmer, one of America's most trenchant geopolitical analysts, says that the rest of the world cannot afford to rely on Beijing to sustain the global economy forever. In this excerpt from his new book Us Vs. Them: The Failures of Globalism, Bremmer explains why China's remarkable success story may soon encounter serious roadblocks.

China’s rise can be measured in many ways, but the most impressive number is the 700 million people that state-led reform has lifted from poverty over the past four decades. In 1986, China’s per capita GDP was $282. In 2016, it climbed above $8,100. The country’s middle class represented 4 percent of the population in 2002 and 31 percent in 2013.  For the future, the Communist Party leadership says it can educate enough people, create enough jobs, stoke enough growth, and provide enough health care to boost 50 million more from the lowest income brackets by 2020. Despite predictions from many people over many years that a crash of China’s economy is long overdue, the world’s biggest emerging market and its aspirations remain aloft.

Yet, for a variety of reasons — all of them inevitable — the country’s growth rates continue to slow, and its gains are under pressure. The 2008–2010 financial crisis in the West made clear to China’s leaders that they must move more urgently to relieve the country’s dependence for growth on the willingness of U.S. and European consumers to buy China’s cheaply made manufactured goods. To lock in long-term economic stability, China needs to build and bolster its own middle class, one that can afford to buy much more of those factory-made consumer products. Success has pushed Chinese wages higher. But as pay rises, China loses the advantage that brought so many foreign companies to the country in the first place. Even Chinese companies have begun to move production to poorer countries, particularly in Southeast Asia, where labor is cheaper. Higher wages can’t help you if you don’t have a job.

Even Chinese companies have begun to move production to poorer countries, particularly in Southeast Asia, where labor is cheaper.

Further, the problem of inequality has been growing for years. Even as hundreds of millions have climbed the ladder, the wealth gap has grown larger between the low-income population still trapped in the countryside, the new middle class, and the now superrich. The Gini coefficient has risen dramatically (from 0.27 in 1984 to 0.42 in 2010), but even that large jump probably doesn’t capture the true scale of the problem. Statistical fraud at different levels of government undermines confidence in numbers we know are politically sensitive. We can be sure that the coastal regions of China are far richer than the interior and that, even by the standards of other developing countries, the gap between urban and rural wealth is large and growing.

Then there is the poisoned air and water, the bitter product of decades of surging economic growth. The statistics have become sadly familiar. China’s Ministry of Environmental Protection has reported that two-thirds of China’s groundwater and one-third of its surface water are unfit for human contact of any kind. Toxins and garbage ensure that almost half the country’s rivers fall into this category. Estimates are that air pollution kills more than one million Chinese people per year.

In addition, the country’s social safety net remains a massive work in progress as China’s population gets old faster than anywhere else in the world, leaving fewer and fewer workers to produce the wealth needed to pay for care for the elderly. In 1980, the median age, the point that divides a population into two numerically equal halves, was 22.1 years in China and 30.1 years in the United States. A UN study has estimated that, by 2050, the median age will be 40.6 in the United States and 46.3 in China. In the 1990s, China introduced a program called the Minimum Livelihood Guarantee Scheme, or Dibao, to provide small amounts of money to the poorest people. More recent projects designed to boost incomes for people living in the countryside have reached hundreds of millions of people but with payouts too small to meet the most basic needs, particularly of the elderly. Automation will help China avoid a sharp fall in productivity as its population ages, but it will be years before we know what that means for China’s social safety net and the government’s ability to finance it.

China has important advantages, particularly over other developing countries. First, its system of higher education is improving quickly and in ways that may help make the transition to a world of sharply expanded automation and artificial intelligence. According to annual rankings published by U.S. News & World Report in 2017, China is now home to four of the world’s top 10 engineering schools. (The United States also has four.) Each year, China now graduates four times as many students as the United States (1.3 million vs. 300,000) in the subjects of math, science, engineering, and technology.

It is the extreme disruption of the workforce and massive loss of jobs that could push tens or hundreds of millions back toward poverty.

In addition, while India is uniquely diverse, the dominance of the majority Han Chinese population, which represents more than 90 percent of China’s total population, creates social homogeneity in the country’s most prosperous and influential cities and provinces. The lack of any viable leadership alternative to the Chinese Communist Party reinforces stability. It’s also fortunate that China’s senior leaders understand many of the country’s challenges very well — and that the party’s long-term survival depends on meeting them. No government has been more effective since 1980 in advancing reforms that expand prosperity. A serious effort is being made to tackle corruption, pollution, lack of access to education and decent medical care, wealth inequality, product (particularly food) safety, and the need for a stronger safety net.

Though the Chinese leadership has said plenty about the positive impact that the large-scale introduction into the workplace of automation and artificial intelligence will have on China’s economy, it has said and done little to address the enormous economic, social, and (perhaps) political turmoil it’s bound to create. Remember that the World Bank has estimated that automation and innovations in machine learning threaten 77 percent of all existing jobs in China. That’s a major disruption in the lives of hundreds of millions of people, particularly in the country’s most crowded cities. As Chris Bryant and Elaine He wrote in January 2017, “It took 50 years for the world to install the first million industrial robots. The next million will take only eight, according to Macquarie. Importantly, much of the recent growth happened outside the U.S., in particular in China, which has an aging population and where wages have risen.” China, they note, is installing a much bigger absolute number of industrial robots than any other country on earth. 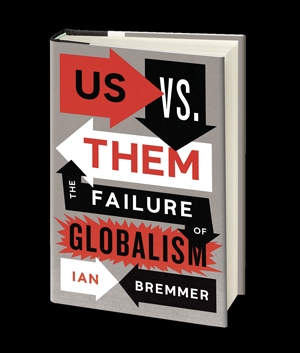 It’s all the more remarkable, then, that China’s political leaders say they’re determined to embrace the tech revolution with both arms and as quickly as possible, with little public discussion of, or preparation for, massive job losses that can’t be avoided. Instead, the government has focused almost exclusively on building China’s competitive edge in robot manufacturing. In China’s carefully controlled political system, there are no civil society organizations warning of this oncoming wave.

Xi Jinping’s government will push hard to improve education for high-tech jobs, since China faces major shortages of high-skilled tech workers in semiconductors, robotics, and artificial intelligence. But there are also shortages of qualified teachers and open university slots, leaving huge numbers of workers with a fast-narrowing set of work options.

Failure to protect rising middle classes from crime, corruption, and contaminated food, air, and water, along with failure to care for the unemployed, sick, and elderly, creates a profoundly dangerous situation for China. But it is the extreme disruption of the workforce and massive loss of jobs that could push tens or hundreds of millions back toward poverty that might prove an entirely new kind of threat to the country’s stability and its future.

China has some obvious advantages. It’s the one government that, at least for now, can afford to spend huge amounts of money to create unnecessary jobs to avoid political unrest. China’s historic successes suggest this might be the one country that can find a way to adjust, and the aging of its population could be a plus as the country needs fewer jobs in coming years than rival India. We all better hope so, because, month by month, the entire global economy is becoming more dependent on China’s continued stability and growth.

Excerpted from Us vs. Them: The Failure of Globalism by Ian Bremmer, in agreement with Portfolio, an imprint of Penguin Publishing Group, a division of Penguin Random House LLC. Copyright © Ian Bremmer, 2018.