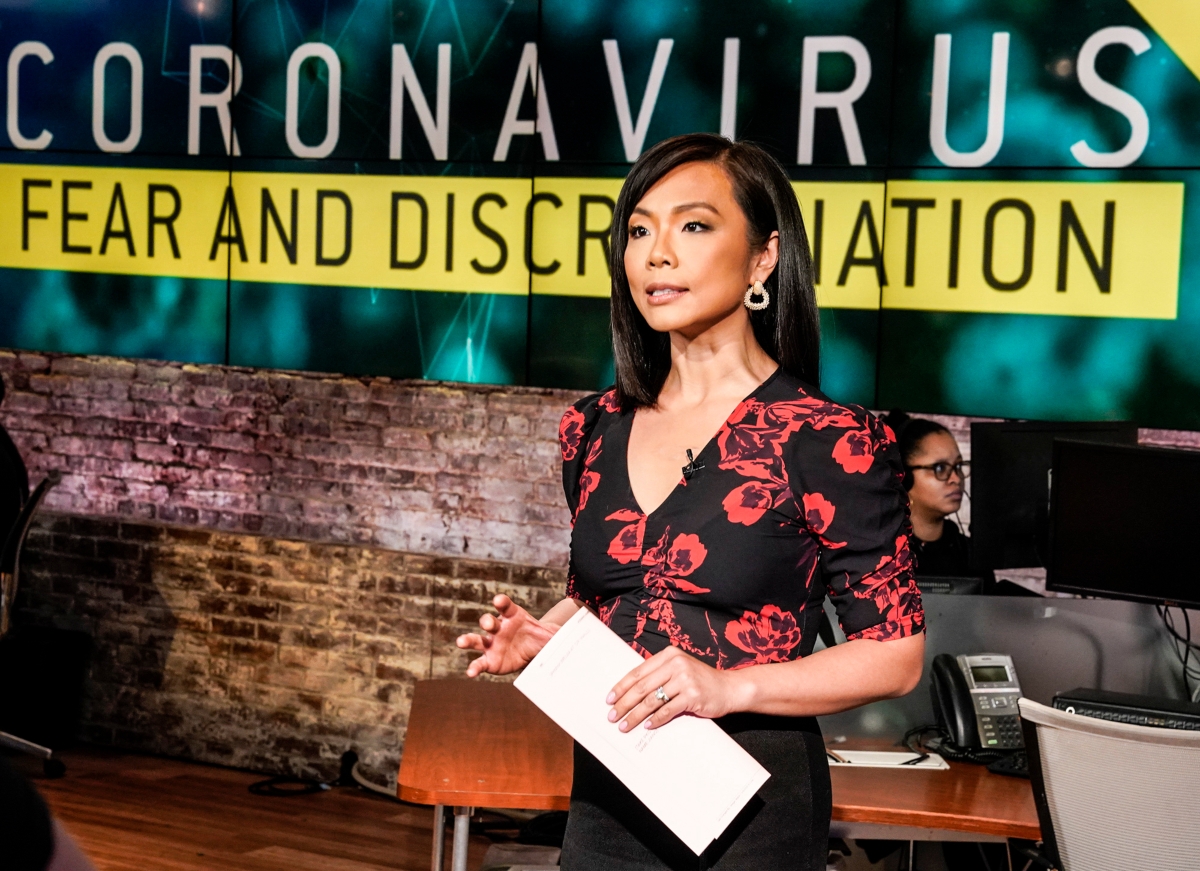 On May 11, during a press conference at the White House Rose Garden, CBS News White House Correspondent Weijia Jiang asked President Donald Trump why he was boasting that the United States was testing more people for coronavirus than any other country.

“Why does that matter?” she asked. “Why is this a global competition to you if every day Americans are still losing their lives and we are still seeing more cases every day?”

When Jiang, who is Chinese American, asked the president why he was directing this question to her, Trump denied singling her out. He then chided her for asking a "nasty" question before storming out of the news conference.

Trump's churlish reaction to a question from a White House correspondent — particularly a woman of color — was hardly new. But Trump's invocation of Jiang's ethnicity occurred in a particularly fraught moment for Asian Americans, who have been subject to a surge of racist attacks in the months since the coronavirus spread from China to the rest of the world. The exchange with Trump also wasn't the first time Jiang has encountered racist sentiment at work. In March, she tweeted that a White House official referred to COVID-19 as the "kung flu virus" in her presence. "Makes me wonder what they're calling it behind my back," she said.

Born in Xiamen, China, Jiang grew up in a small city in West Virginia. A graduate of Syracuse University, she has worked for CBS News since 2015 and became White House correspondent in July 2018. In this conversation with Asia Blog, Jiang recounted her upbringing, reflected on the importance of newsroom diversity, and explained why she thinks that news organizations have never been more vital.

What was your upbringing like? What was the adjustment like for your parents? Were there any other Chinese families in your hometown?

I can’t imagine what the adjustment was like for my parents settling down in a completely foreign land without an Asian community to offer support. They are braver than I could ever be. We had a small Chinese restaurant — one of two in the town. So there was one other Chinese American family, but they didn’t have kids my age. I was the only Chinese American student in my school system. I definitely had to deal with challenges and racism throughout my upbringing, but I wouldn’t change anything because those experiences shaped who I am today. There was also a lot of kindness in our little town. I spent lots of time with my friends and their welcoming families.

How did you decide to become a journalist — what about the profession called to you?

I remember watching my dad watch hours of news as a child, which probably led to me taking a TV news class in middle school. I was also on the newspaper staff, and I loved everything about reporting. My teacher convinced me to apply for “Student Produced Week” at ChannelOne News — a news program for middle and high school students across the country. (It has since closed operations, but offered a start for many journalists including Anderson Cooper and Lisa Ling.) Every year the company selected a group of students and paid for a two-week trip to Los Angeles to learn about journalism. I won, and my life changed forever. I loved the idea that talking to people and telling their stories could be a career. I also loved asking questions and sharing the answers with people who needed them. That hasn’t changed.

Newsrooms, like professions across the country, have struggled to match the diversity of the communities and stories they cover. Do you feel news organizations have improved in fostering a diverse environment over the years?

I can’t speak to newsrooms nationwide, but the ones I have worked in have all made strides in adding diversity. But in my opinion, it is not diversity on its face that matters. The perspective that comes with being a minority is essential in reporting and telling stories in an authentic way. We all have to make an effort to acknowledge and embrace those varying points of view to make the most of our resources. That requires a never-ending, always-evolving conversation about diversity and why it matters. I think we can all do more to nurture that dialogue and create a space where people feel comfortable sharing. I also think diversity at the top makes a huge difference because people in those positions are leading that effort and making important decisions.

Earlier this year, you tweeted about a racist remark (“kung flu virus”) said in your presence at the White House — and you wondered what was said when you were not around. Have you been subject to any other anti-Asian racism while at work or otherwise since COVID-19 spread to the U.S.? What more needs to be done to halt this trend?

I have not experienced another incident in person, but I get messages on social media every day that include racist language. I think the best thing we can do is provide facts. The fact is the virus does not discriminate against any group of people, and Asian Americans are not more likely to spread it. It’s also important to report on hate crimes and attacks against members of the APA community so they are not normalized.

But the tension between the press and the president is nothing new. President Trump expresses it more frequently and more … colorfully than others.

I absolutely think it is important for Americans to hear from the president of the United States during a time of crisis. People want to know what the government is doing to contain the spread, help patients recover, and get people back on their feet again when it comes to the economy. However, the conversation during the briefings has sometimes veered toward other topics than the pandemic and its impact. In those instances, airing the briefings in their entirety can be unproductive. I think that’s why viewership for evening news broadcasts like the CBS Evening News and public affairs shows like Face the Nation continue to increase. It is the job of news organizations to cut through all the noise and distractions to provide the latest information.

If nothing else, White House press conferences have changed significantly during the Trump years. Do you anticipate that things will revert to the way they were in a post-Trump era? Or do you feel that Trump has, for better or worse, revolutionized the way an American president deals with the press? Has his antagonistic relationship with the press damaged journalism? Or is this concern overblown?

I have only ever covered the Trump administration in this capacity, so I don’t have a frame of reference for what is “normal.” This is normal to me.

Of course, I recognize the president’s unique relationship with the press and how it compares with past presidents. I am curious myself how it will impact the future, if at all. But the tension between the press and the president is nothing new. President Trump expresses it more frequently and more … colorfully than others.