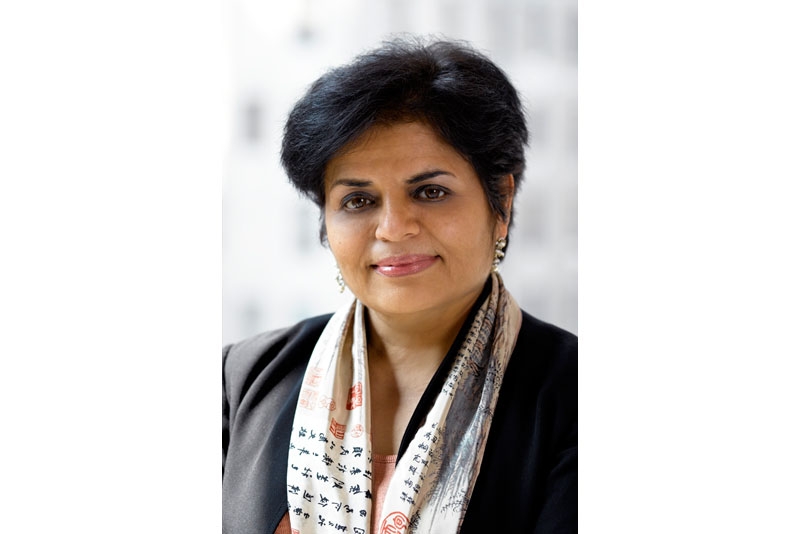 Asia Society President Vishakha N. Desai raises her profile this week as the subject of a long interview in Singapore's Business Times.

In the piece, "The Bridge Builder," Desai recounts Asia Society's history to reporter Josephine Chew, explaining how the organization's multi-disciplinary nature is a "unique selling proposition" that sets it above and apart from other groups trying to deepen ties between Asia and the United States.

A large part of the interview deals with Asia Society's educational mission—in particular its Partnership for Global Learning, which aims to bring a rigorous international studies curriculum into American schools.

As Desai explains, the Partnership involves leveraging educational expertise from both America and Asia to see what the two systems might be able to teach each other.

"'We actually did a big workshop with the Singaporean embassy specially to focus on what are those principles of math teaching that Americans can learn from .... And this is a big step because for a long time in the States there's been this notion that we have the best education system, but it turns out that in secondary schools, we don't. The tertiary system, yes, but the truth is that kids have really fallen behind in America."

At the same time, Desai tells her interviewer that in spite of highly publicized test scores, Asian education is far from perfect. She specifies a relative neglect of arts education as one of her special areas of concern.

"For many Asian countries . . . how we measure kids' success is so driven only by one part of the brain and yet we know that when kids actually learn music, it helps them become much more integrated even in their other work and it helps provide discipline. And so, arts become important in terms of our holistic development."