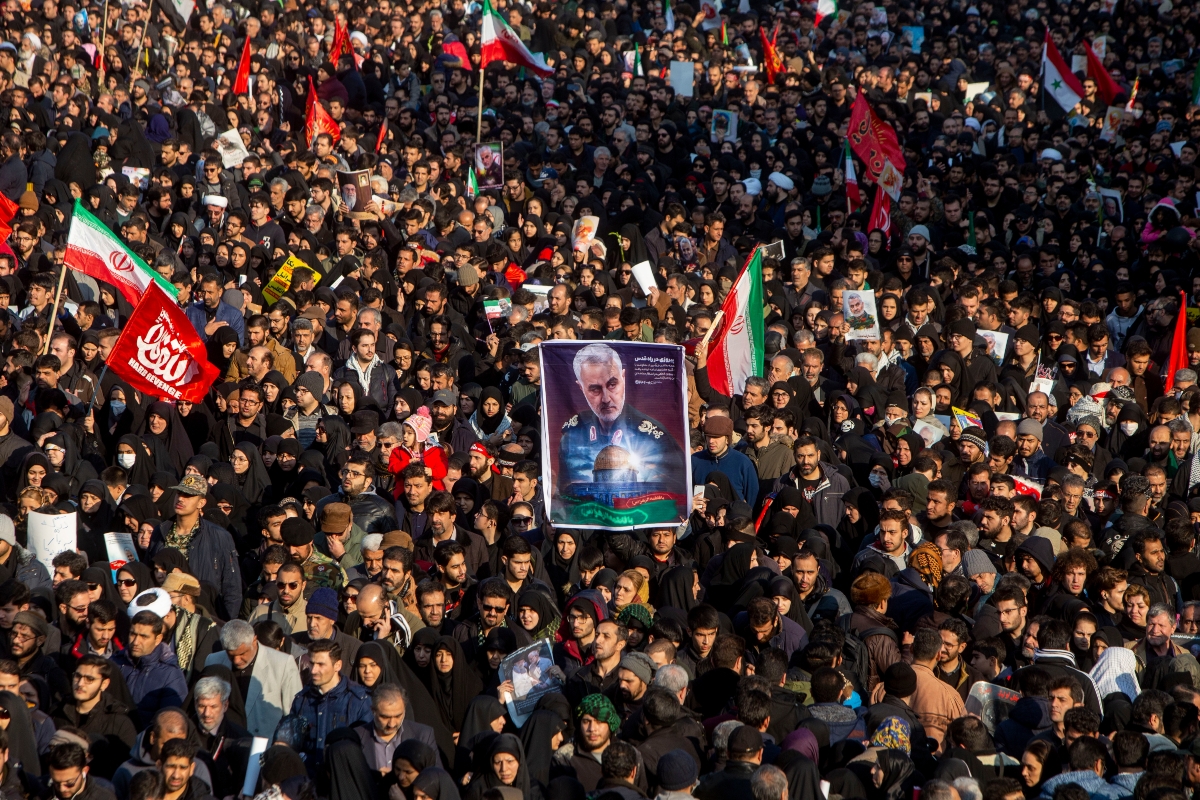 Mourners attend a funeral ceremony of Iranian Major General Qassim Suleimani and others who were killed in Iraq by a U.S. drone strike on January 6, 2020, in Tehran, Iran.

On January 3, Iranian Major General Qassim Suleimani was killed at the Baghdad International Airport by a U.S. drone strike. The attack sent shock waves throughout the region and has triggered the first major international crisis of the new year. Suleimani was arguably his country’s second-most powerful official. He orchestrated Iranian influence in Iraq, Syria, and elsewhere in the Middle East. His death has sparked fear that the always-tense Iran-U.S. relationship could spiral into war.

Following an Iranian attack on two U.S. bases in Iraq on January 8 — which caused damage, but no casualties — President Trump declared that Washington would not escalate further. There were signs Iran might stand down as well. But it’s not at all clear that the crisis between the two countries has ended.

In this special episode of Asia In-Depth, we bring you insight into the situation in Iran from Puneet Talwar. A former special adviser to President Obama, Talwar was also senior director at the National Security Council for the Gulf states, Iran, and Iraq as well as the former U.S. assistant secretary of state for political-military affairs. This podcast is adapted from an Asia Society Policy Institute phone briefing recorded last Friday; it includes extended analysis from Talwar as well as a brief Q&A with Asia Society Executive Vice President Tom Nagorski.