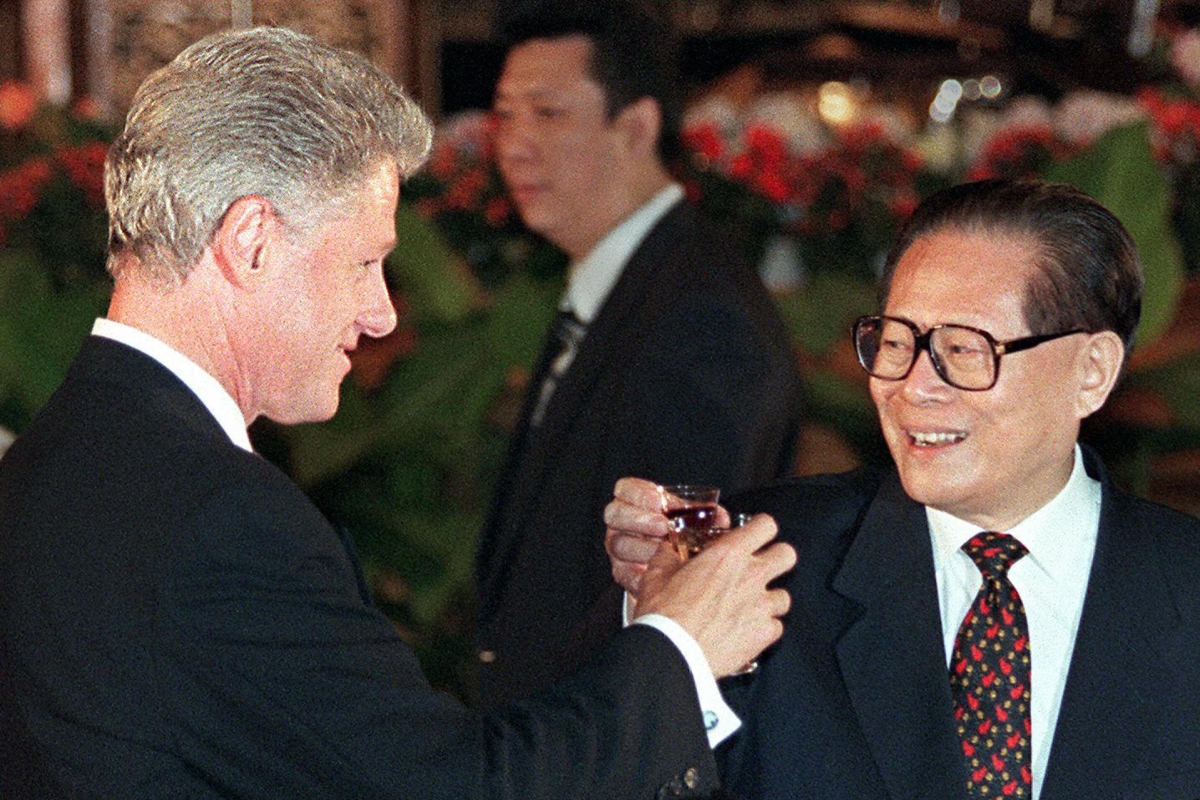 U.S. President Bill Clinton and Chinese President Jiang Zemin make a toast at the State Banquet on June 27, 1998, in Beijing's Great Hall of the People.

In June 1998, on a visit to China, U.S. President Bill Clinton met with his Chinese counterpart Jiang Zemin in Beijing at what proved to be a remarkably open and relaxed summit. Nearly two decades later, President Donald Trump traveled to China in 2017 for a meeting with Xi Jinping, the country's most powerful leader in decades. All the warmth evident at the previous summit, however, was gone — along with much hope for progress on a range of key issues.

The two events reveal more than just the differences between the leaders themselves. They also serve as a useful barometer of how the U.S.-China relationship, one filled with optimism at the turn of the century, has become fraught with such tension.

Orville Schell, a longtime expert on China now serving as the Arthur Ross Director of Asia Society’s Center on U.S.-China Relations, attended both summits. In the latest episode of Asia In-Depth, Schell reflects on how Sino-American ties have frayed over the past 20 years and what — if anything — can be done to mend the relationship.