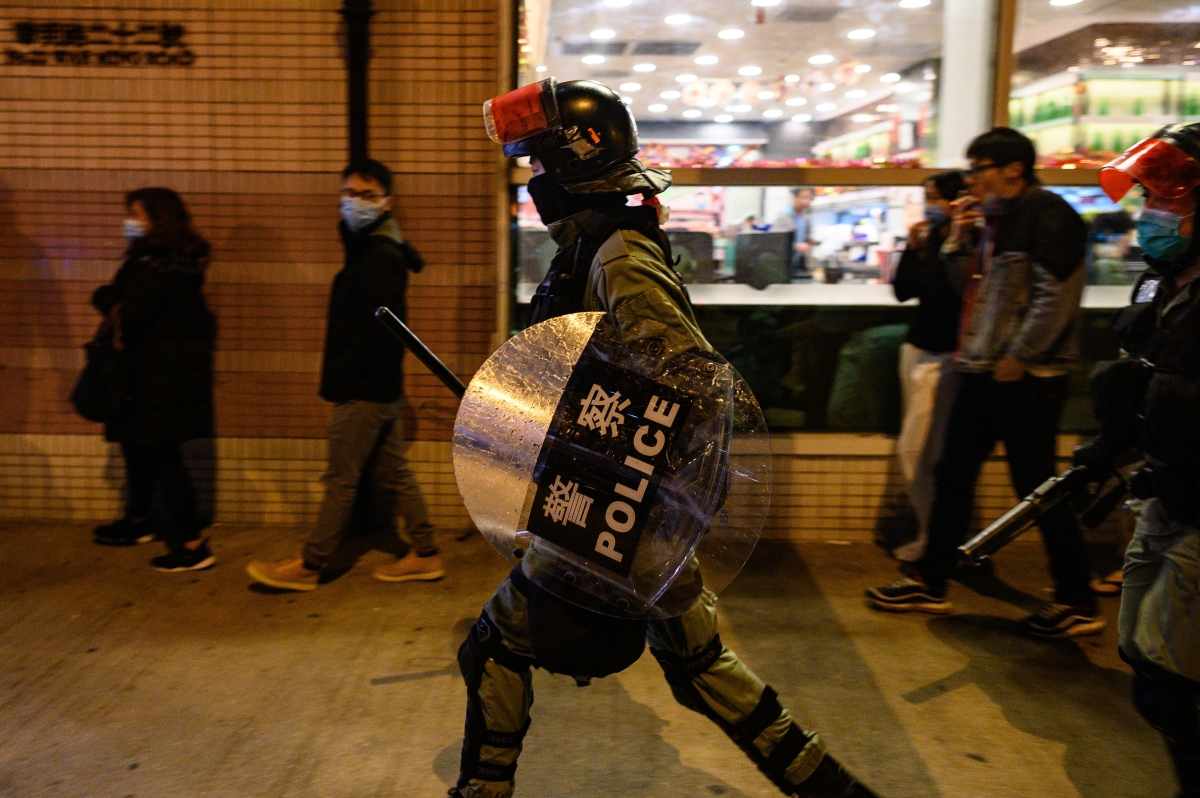 Riot police run in a residential area as residents protest against plans for an empty local housing estate to become a temporary quarantine camp for patients and frontline medical staff of the coronavirus outbreak which began in the Chinese city of Wuhan, in the Fanling district in Hong Kong on January 26, 2020.

For much of the past year, a widespread protest movement has roiled Hong Kong. Initially, the demonstrations began when the territory’s government passed an extradition law that left Hong Kong residents vulnerable to the justice system in mainland China. But even the withdrawal of the bill hasn’t quelled the movement. Now, it represents something far greater: the perilous future of autonomous Hong Kong itself.

Is the “one country, two systems” framework governing Hong Kong’s relationship with China still alive? What lies ahead in 2020. And looking further down the road, what might happen in 2047, when Beijing is scheduled to regain full control?

The future of Hong Kong forms the basis of the new book Vigil: Hong Kong on the Brink. Its author, Jeffrey Wasserstrom, is a professor of history at the University of California, Irvine. He places the recent events in Hong Kong in a broader historical context and considers whether the territory will ever return to the way things were before the protests began. In this episode of Asia In-Depth, recorded live on the Asia Society New York stage, Wasserstrom talks with New Yorker correspondent Jiayang Fan and ChinaFile editor Susan Jakes about Hong Kong's tenuous present — and future.