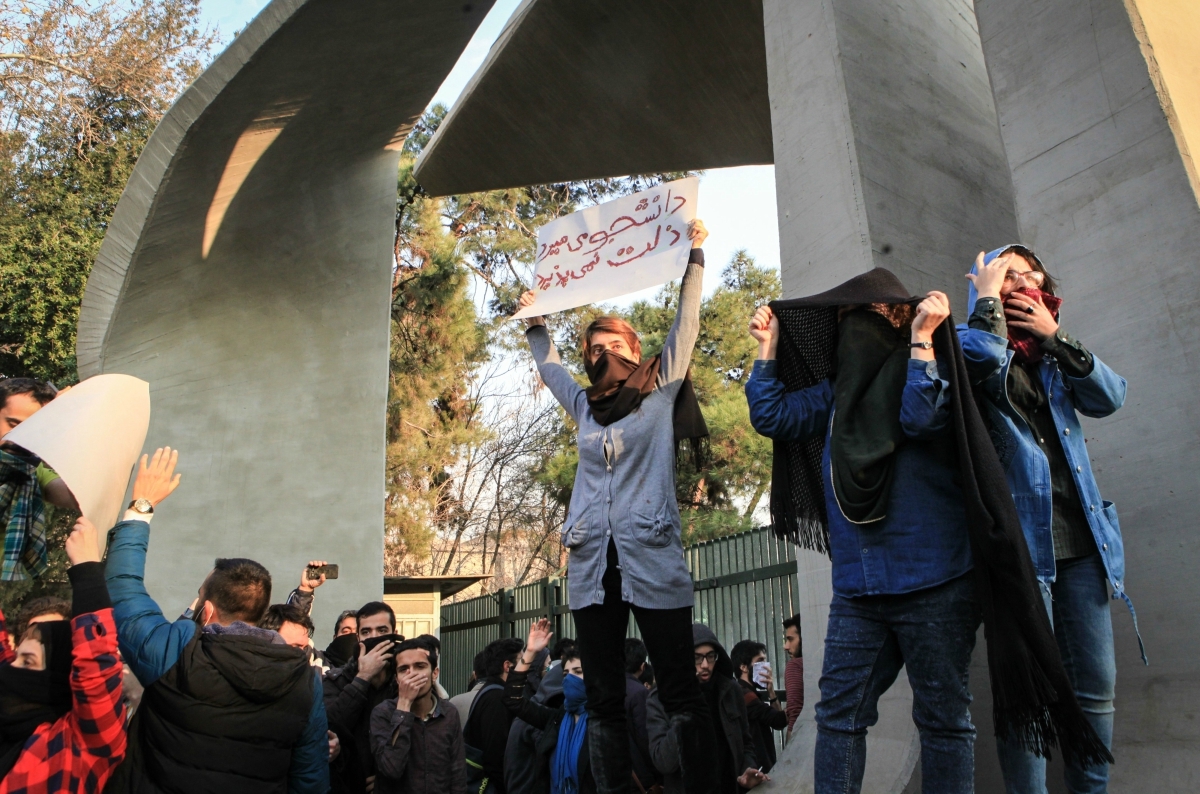 Iranian students protest at the University of Tehran during a demonstration driven by anger over economic problems, in the capital Tehran on December 30, 2017. (STR/AFP/Getty Images)

Most discussions of Iran in the Western media focus on the status of the country's nuclear weapons program, its rivalries in the Middle East, and its fierce denunciations of the United States and Israel. But Iran is also a young, dynamic society in transition.

In this episode of Asia Society's Asia Abridged podcast, Trita Parsi, founder of the National Iranian American Council and a leading expert on Iran, discusses the changes occurring inside Iran and assesses the economic consequences of President Trump's threats to pull out of the Iran Nuclear Deal.