Asia Abridged Podcast: The Period of 'Maximum Danger' for the U.S. and China | Asia Society Skip to main content

Asia Abridged Podcast: The Period of 'Maximum Danger' for the U.S. and China 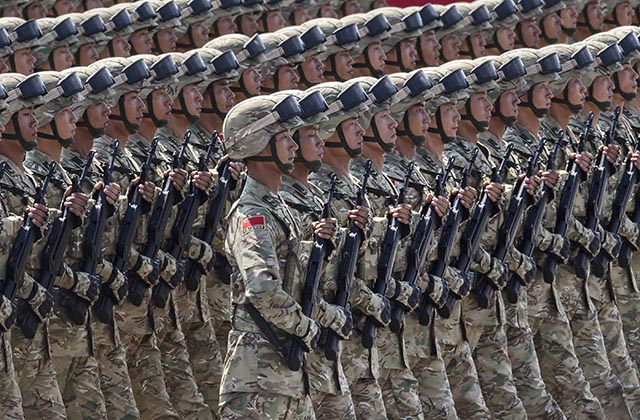 Chinese soldiers march in formation passed Tiananmen Square and the Forbidden City during a military parade on September 3, 2015, in Beijing, China. (Kevin Frayer/Getty)

On July 13, Asia Society in New York will host a discussion on Hong Kong 20 years after its handover to China. Which promises have been kept? Which have yet to be fulfilled? Learn more

According to a national narrative pushed in China through a "Patriotic Education Campaign" established in 1991, the country was once among the world's most powerful and respected civilizations — until it was torn down and carved up by foreign imperialists during a "century of humiliation" (1839-1949). Now that China is re-emergent on the world stage, it may be looking to regain everything it feels was taken from it during that century.

In this episode of the Asia Abridged podcast, Howard French, former New York Times China correspondent and author of the new book Everything Under the Heavens: How the Past Helps Shape China's Push for Global Power, discusses China's territorial ambitions, and how they harbor potential for conflict with the United States — especially in a "very dangerous period" over the next 10 to 15 years.