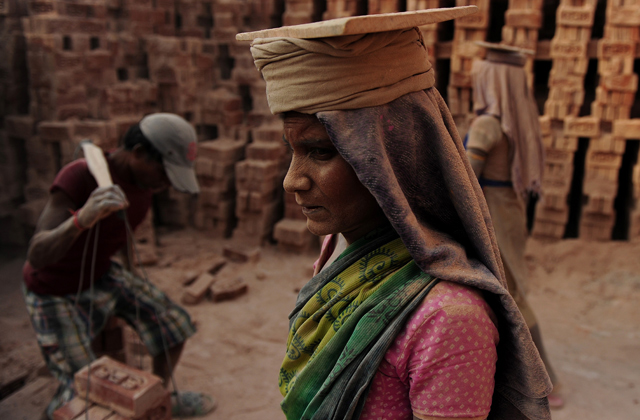 An Indian labourer works at a brick factory near Allahabad on April 30, 2017. (Sanjay Kanojia/AFP/Getty Images)

Few countries in the world are modernizing as quickly as India. But there's one important exception: The percentage of women workers is falling. Despite greater opportunities in cities across the country, more than 20 million Indian women disappeared from the labor force between 2005 and 2012. Their absence is a major drag on India's economy and reflects how regressive norms continue to hamper development.

In this episode of the Asia Abridged podcast, New York Times journalist Ellen Barry explores the cultural, historical, and economic factors that explain India's missing women workers — and what can be done about the issue.