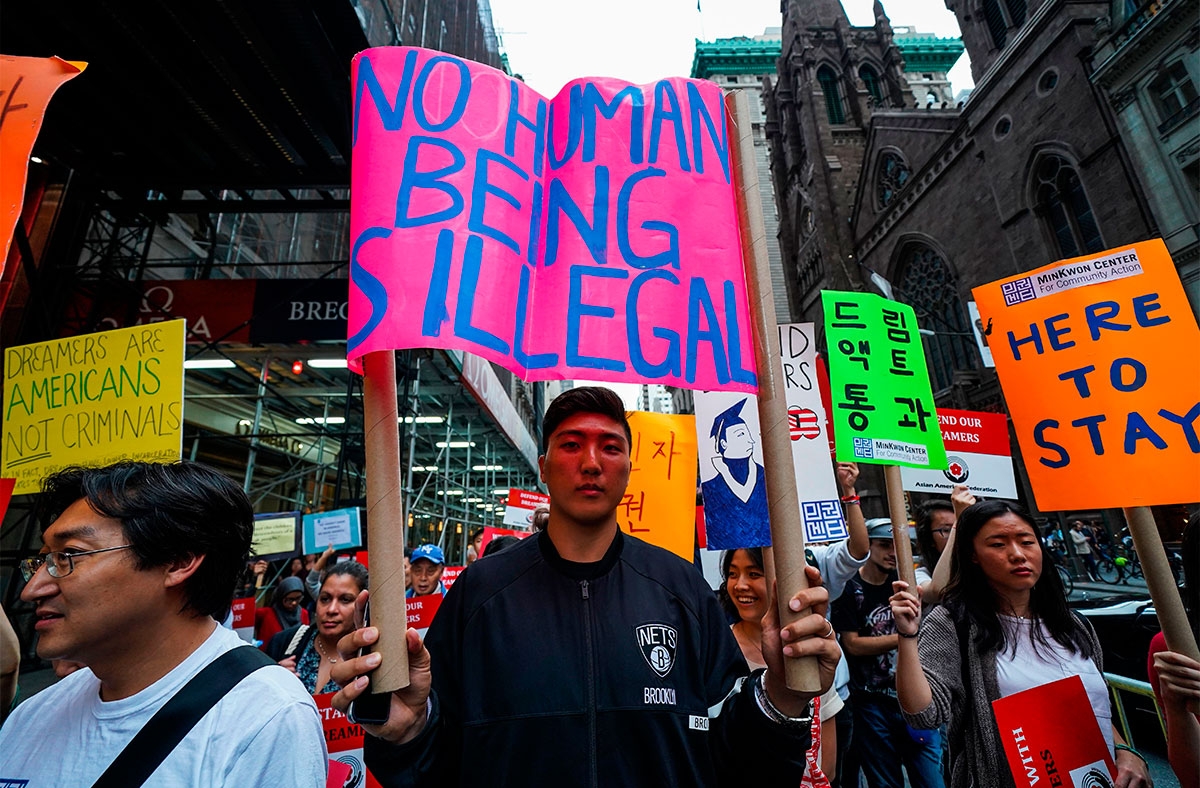 Protesters shout slogans against US President Donald Trump during a demonstration in support of the Deferred Action for Childhood Arrivals (DACA), also known as Dream Act, near the Trump Tower in New York on October 5, 2017. (Jewel Samad/AFP/Getty Images)

On this episode of Asia Abridged, we hear from two undocumented Asian immigrants — Antonio Xu Liu and Tereza Lee, who was the original inspiration for the Development, Relief, and Education for Alien Minors (DREAM) Act. The two spoke at Asia Society New York in May about how legislation like the Deferred Action on Childhood Arrivals (DACA) program and the DREAM Act have impacted their lives.