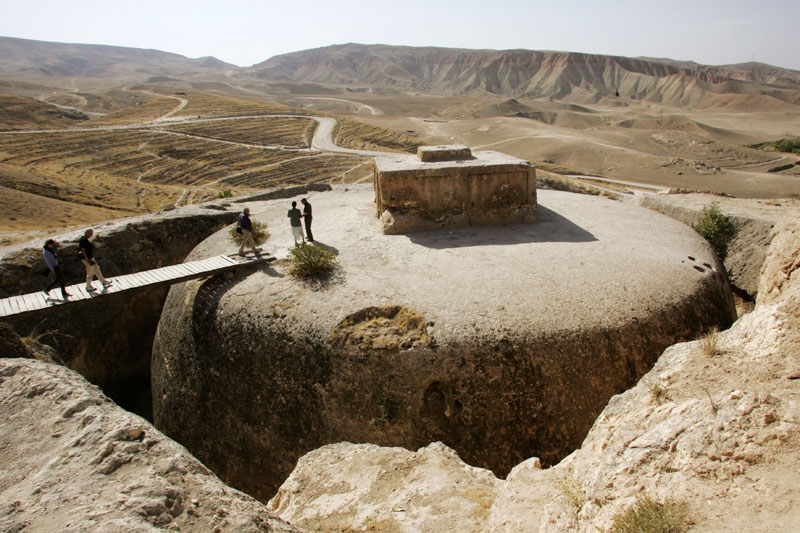 Afghanistan's Mes Aynak region, 20 miles from Kabul, is making headlines, and not because of insurgent violence.

Mes Aynak is garnering international press attention due to the probable destruction of a Buddhist monastery complex discovered in the area. The ruins, believed by archaeologists to be supremely important to the religious and cultural history of the region, are under imminent threat because they lie directly above a copper mine that a Chinese mining company, China Metallurgical Group Corp (MCC), plans to excavate.

It is widely understood that MCC's excavation would severely damage the historical site.

The Buddhist monastery was discovered earlier this year by MCC workers. The company initially gave archaeologists three years to excavate the site, but the deadline has since been moved up to the end of 2010, signaling the probable destruction of Mes Aynak in a way that evokes the tragedy of Bamiyan—the region in central Afghanistan whose monumental 6th-century statues of the Buddha were deliberately destroyed by the Taliban in 2001.

MCC's accelerated deadline has left archaeologists feverishly working to excavate the complex, which includes extensive wall frescos, devotional objects known as stupas (domed mounds in which a relic of the Buddha is meant to reside), and over 150 statues of the Buddha rendered in the Gandharan style that was also prevalent in Pakistan and India during this historical period.

According to one archaeologist working on the site, the initial three-year deadline was inadequate to begin with, and a lack of funding and manpower makes it highly unlikely that the archaeologist will be able to remove most of the objects still being recovered.

MCC's financial investment in the mine is $3 billion, the largest foreign investment in Afghanistan—a fact that will probably outweigh calls to the Afghan government to preserve the region's art-historical value. Anticipated yearly revenues to the Afghan government are estimated at $1.2 billion. MCC secured the rights to extract copper from the region in 2007 through what some have dubbed questionable dealings.

To what degree China and Afghanistan's economic gains in Mes Aynak will yield positive social change remains questionable for skeptics who lament the loss of the cultural site in the process. Regarding potential financial gains from the mine, Afghan archaeologist Abdul Khalid told Britain's Guardian newspaper, "It will all just be wasted anyway. Much more money comes from foreign countries now than will come from this mine but nothing has improved."

Joanie Meharry, an American scholar in Islamic and Middle Eastern Studies, traveled to Afghanistan's Logar region and photographed the archaeological site at Mes Aynak in November 2010. A slideshow of her photography, below, shows some of the artifacts recovered from the 4th century Buddhist monastery: