An Absent Presence: How China's Netizens Commemorated an Important Anniversary 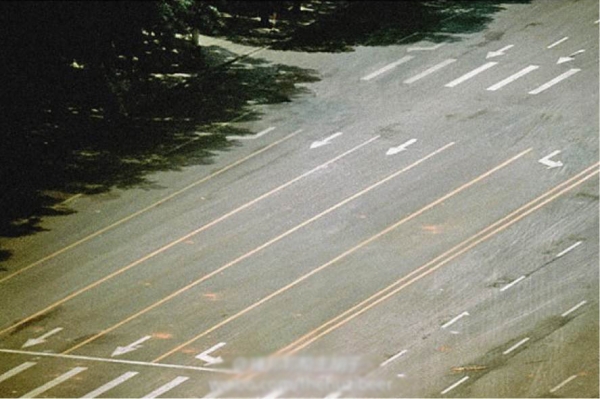 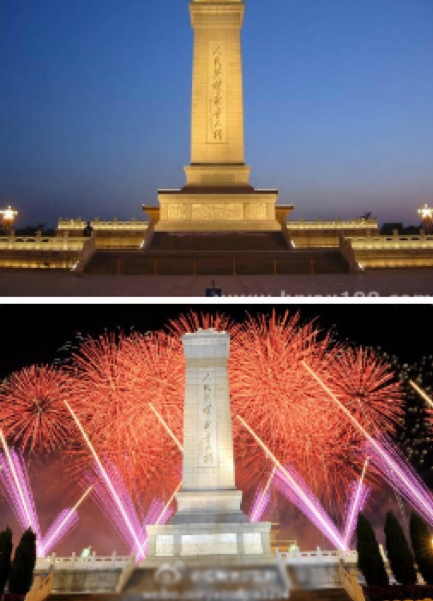 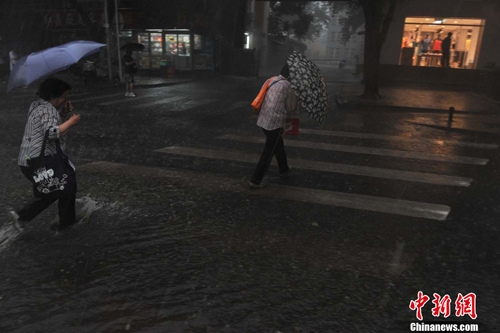 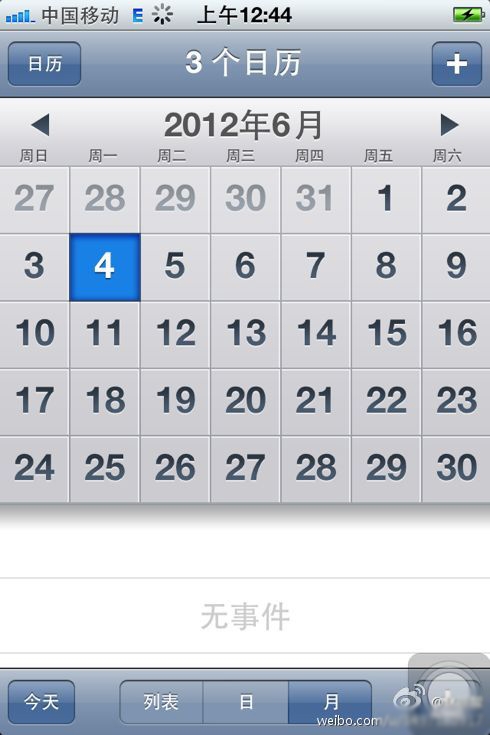 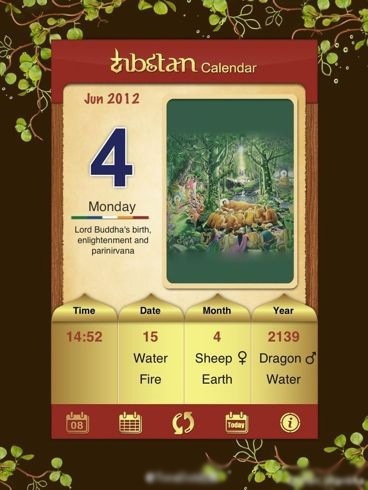 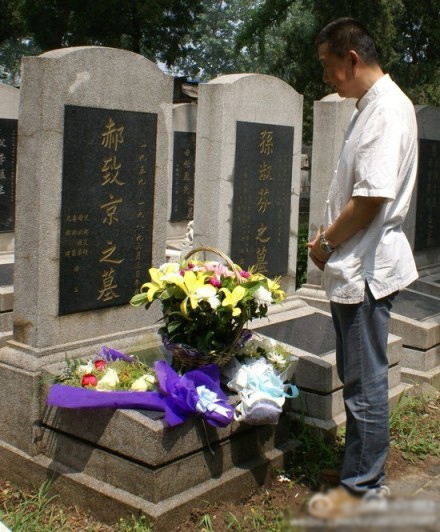 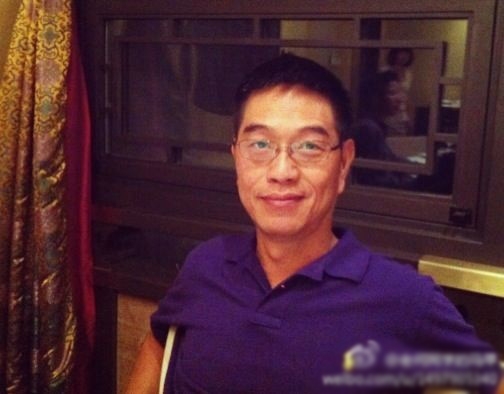 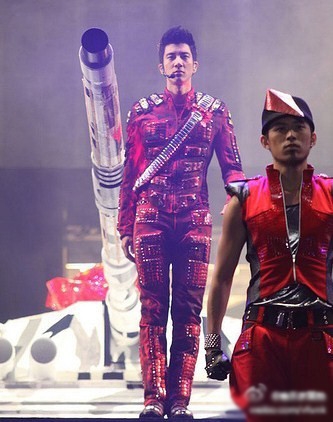 In Chan Koonchung’s dystopian science fiction novel The Fat Years, set in China in 2013, the whole month of Feburary 2011 has disappeared from people’s memory. In reality, the month that is closest to being spirited away is the month of June 1989 when the Communist Party of China (CPC) commanded a crackdown on the pro-democracy student protests in Tiananmen Square. Since then, the CPC has entered into a race with information technology to erase people’s memory of that month.

Popular social media websites like Sina Weibo have become the frontline of a virtual showdown between censors and aggrieved netizens in the Junes of recent years. A week before this year’s 23rd anniversary, on June 4, Weibo introduced a “User Credit” points system, and in the subsequent week froze many user accounts including that of a popular internet commentator who goes by 作业本(zuo ye ben), or “Notebook.” As a result, except for the brief chaos caused by an “act of God” on the Shanghai Stock Exchange, it was largely quiet on Weibo on June 4, 2012.

But at the micro level, the Party’s censorship tactics are far less successful than most people think. Reading the growing list of banned terms, numbers, character combinations, and emoticons here and here, one almost gets the impression that the June 4 anniversary has turned into a carnival of wordplay. Ever more users — many of them artists, intellectuals, and writers — have found crafty and subtle ways to circumvent the censors. Some call this sensitive period the “Party’s annual PMS,” some call it the “water meter reading day” because in Chinese internet jargon “watering” means “posting comments online,” some call it the “black T-shirt day” because it has become a trend among young people in recent years to wear black T-shirts on June 4. Their posts remained.

In thinly veiled language, this one lamented the lack of revolutionary spirit among younger generations: “I cry for their (the protesting students) naiveté; but I cry more for the fact that no one is that naïve anymore.” Another user, an artist, wrote, “After experiencing that summer night, some people remained young forever, while others have now reached middle age.” Other posts included historical references, with one user linking the Tiananmen protests to revolutionary struggle in France. He urged readers to think of June 1837, the month when the composer Berlioz completed his Requiem, commemorating the opponents of the repressive policies of the Bourbon monarchy who were killed during the July Revolution of 1830.

Still others approached the subject with humor. One included this satirical dialogue between a man and a married woman: “Asks the man, ‘You are not afraid of your husband's suddenly returning home?’ She replies, ‘Don’t worry, he won’t come back tonight…’ Man: ‘How can you be so sure?’ Woman: ‘He is a Weibo secretary (censor).’”

Many netizens used photos to commemorate June 4 because it is much more difficult to censor images than text. Photos of the Monument to the People’s Heroes in Tiananmen are popular; this caption read: “The people’s heroes are immortal.” Another user posted a photo of Beijing caught in a summer hailstorm with this caption: “Hail in June!!!!!! Beijing was hit by a rainstorm yesterday, and in some places there was hail!!” This comment in Chinese is a direct reference to the phrase “June Snow” (liu yue fei xue), which comes from the classic Chinese drama The Injustice to Dou E (or Dou E Yuan, written by Guan Hanqing during the Yuan Dynasty [1271–1368]) and signifies heaven’s condemnation of injustice on earth.

Other users uploaded plain images without commentary — among them, photos of a calendar, a cemetery, and Taiwanese songwriter Hou Dejian. Hou became intimately connected with the Tiananmen protests after joining a hunger strike there in 1989. Users also added photos of pop singer and actor Leehom Wang, who, during a concert on June 2 this year, performed Hou’s anthem “Descendants of the Dragon” on a stage set up with tanks and army paraphernalia. Both Hou and Wang have become popular mascots of the effort to commemorate Tiananmen. A fellow musician and Weibo user commented on the photo: “Haruki Murakami said ‘Between a high, solid wall and an egg that breaks against it, I will always stand on the side of the egg.’ Leehom Wang, I would respect you if you turn around and bravely walk towards what is behind you!”

Another photo popular this June is an image of an empty Chang’an Avenue, which immediately reminds people of the famous “tank man” photo shot by Stuart Franklin. This photo of the Chang’an Avenue with the tanks and the “tank man” airbushed away captures the ineffectiveness of the CPC’s Sisyphean efforts of censorship. The empty scene might best be thought of as what Jacques Derrida called a “trace,” that is a “mark of the absence of a presence, an always-already absent present.” A trace is simultaneously absent and present. It is irremovable. And any attempt to remove it only creates more traces.

For example, the Weibo account “Notebook” had over 4 million followers, by silencing this account in June, 4 million Weibo users sensed a presence of an absence. Yesterday famous IT entrepreneur Kaifu Lee called for “freeing the Notebook” on Weibo, this comment was reposted at least 19,174 times before it was removed. And Lee himself has over 13 million followers.

Many worry that today’s Chinese youth have no way to learn about the Tiananmen protests. And an example they like to cite as evidence is an incident in 2007, when a young editor of a Chengdu newspaper approved and published a June 4 memorial advertisement because he he didn’t know what the date meant. The censorship machine immediately taught him everything he needed to know about it. In China, even if you grow up in the post-89 decades and never attempt to get over the Great Firewall, sooner or later you will sleepwalk into a head-on collision with the censorship machine, and from then on you eyes will be open.

Every year people are reminded of this date by the paranoid behavior of the censorship machine — watching the enhanced police forces in Tiananmen Square every June is a lot like watching at a criminal returning to the scene of the crime. Nowadays people have started to pity the censorship machine. This Weibo comment was posted on June 5, 2012, and within a day was reposted over 2,400 times:

My friend called up Weibo secretary to complain about his account being frozen. To his greatest surprise, after a few seconds the operator collapsed and burst out crying. … I asked him whether he was too harsh to her on the phone, he denied and said he only complained that his account was frozen for too long. I guess the little secretary had received so many complaints lately that she was just stressed out and couldn’t take it anymore.

In China, people cannot freely discuss the Tiananmen crackdown, but nor will they ever forget it.

Kennett Werner contributed to this report.

Sun Yunfan is Culture Editor of ChinaFile and Senior Program Officer at Asia Society's Center on U.S.-China Relations. She has worked as a designer, independent curator, freelance writer, and artist.
@eighthday