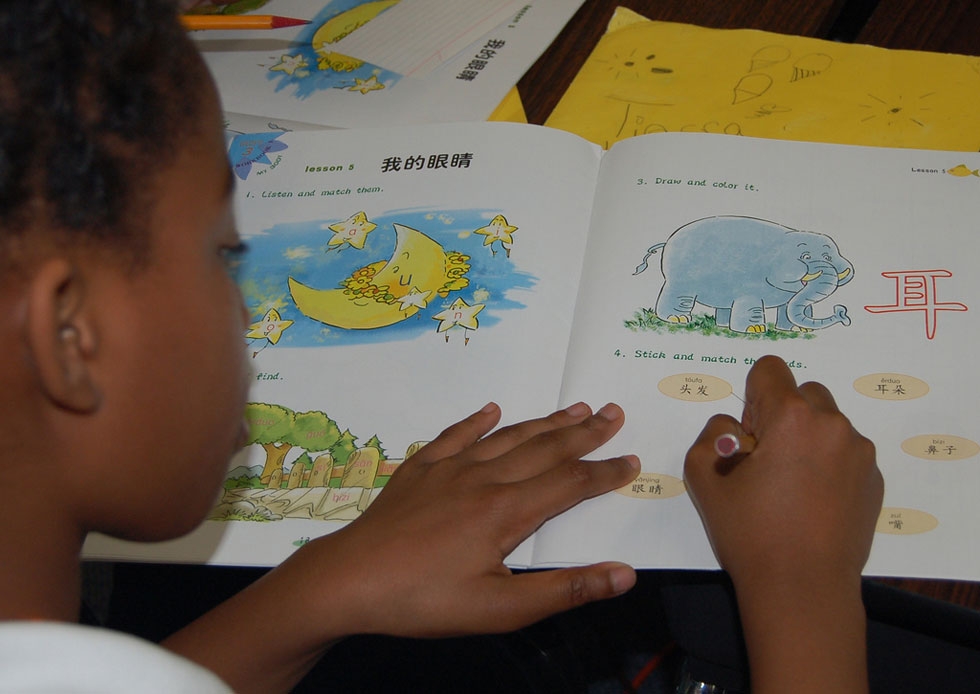 In the 1980s and 1990s, in an effort to define the territory of our field, language educators created the idea of the “less commonly taught languages,” or LCTL . What is peculiar about this notion is that it includes just about every single one of the more than 5,000 languages spoken on Planet Earth, with the exception of English and just three other languages: Spanish, French, and German. For many years, these “big three” languages were just about the only choices available to language learners in the U.S., especially at the K-12 level.

What is perhaps most puzzling is that these “commonly taught languages” represent a mere drop in the linguistic bucket in terms of number of speakers worldwide. Combined, they comprise about 500 million speakers, roughly half that of Mandarin Chinese alone, and not much more than Hindi or Arabic. In fact, Spanish is the only one of the Big Three that has significantly more than 100 million speakers — other languages in this range include the aforementioned Hindi and Arabic, Bengali, Japanese, Punjabi, Russian and Portuguese (mostly representing Brazil).

In the early '90s, when I began my studies of Chinese and Japanese, the world looked very different than it does today. I can look back to a time when Japan was "number one” and Japanese was the language of technology and industry, the language of the future. If you had looked at less commonly taught languages in 1990 or 1991, the smart money would have been on Japanese to supplant German or French as a “commonly taught” language. But in 2011 or 2012, that distinction clearly belongs to Chinese.

According to the latest estimates from the American Council on the Teaching of Foreign Languages (ACTFL), Chinese language programs at the K-12 level in U.S. schools expanded by more than 200 percent from 2005 to 2008, and that growth shows no signs of slowing down. While in absolute terms, the number of programs and students is still comparatively small compared even to German, if this growth continues to accelerate throughout 2012, it may well be the year when Chinese loses its status as a LCTL and enters the mainstream.

This is an exciting time, as Chinese shifts from a language learned by a very small group of U.S. students with a specific interest in China to a world language with students of many backgrounds and interests. In the “old days” (let’s say the early '90s), most Americans studying Chinese began in college and generally did so as part of a program in Asian Studies with a focus on Chinese history, literature, culture, politics, etc. There was a palpable sense that China’s golden age had passed and that its significance was in its artistic and cultural legacies, in its ancient texts and traditions, rather than in a vibrant contemporary culture. This was scarcely 20 years ago, and it is simply amazing how things have changed.

It is also notable how over the last century or so, Americans have the bad habit of being able to focus on only one Asian nation at a time — Japan, then China, then Japan again during World War II, Korea and Vietnam, back to Japan in the '80s and '90s, and now China again. We embrace the development of Chinese language programs across the United States, but hope at the same time that we as a nation continue to offer a diversity of language options for our students.

There is no doubt that we will need many more speakers of Chinese as the U.S.-China relationship continues to grow in importance, but we will also need more speakers of Arabic, Persian, Hindi, Urdu, Japanese, Korean, Russian, Portuguese, Indonesian and indeed of Spanish, French and German.

Chinese as a language has a unique contribution to make to American education — its character-based writing system, tones and long continuous cultural history make it both challenging and inherently interesting for a native English speaker. Learning languages as different from English as Chinese opens a whole new world of insights, perspectives and possibilities to students here. For that reason alone, this is a language well worth studying. And we at Asia Society think it’s important to remember these cognitive and academic benefits of Chinese language learning, so that if the economic argument is not persuasive 20 years from now, parents, students and educators will still appreciate the distinct value that learning Chinese has had for them, and the ways that it has contributed to their success.