Barbara Demick on 'Nothing to Envy' 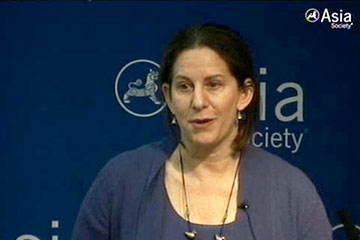 Nothing to Envy, like many books about the isolated country, is based on interviews with defectors. Defectors, however, have an incentive to exaggerate their narratives and are generally seen as an unreliable source of information. Demick's work proposes a unique solution. The 50 defectors Demick interviews for Nothing to Envy all fled from Chongjin, North Korea's third-largest city, an impoverished industrial capital.

Nothing to Envy is a refreshing departure from the main body of literature on North Korea, which often focuses on its nuclear program or its repressive regime. As Delury said, Demick's book "fills a gap in understanding" about North Korea. Nothing To Envy is "not about Kim Jong-il...[or] nuclear weapons, it's about a third-tier city, the lives of people." Nothing to Envy was intended to portray everyday lives: "I wanted to show the humanity of North Koreans," said Demick. "Media images of North Koreans show automatons, they are negative and cruel, I knew that somewhere in there were real people who have families, who laugh and cry."

Demick argued that the regime finds "ideas" coming from across the border into North Korea more threatening than international policy or government actions and that Kim Jong-Il's regime tightly controls all media inside North Korea.

Foreign media images of life outside the border in South Korea, showing well-fed people with consistent supplies of electricity and modern amenities, is what the regime finds most worrisome. Yet DVDs of South Korean programs and Western movies are being smuggled into the country by the millions. "The information that shows another world, those DVDs are devastating," she said. As soon as North Koreans realize that they are worse off than much of the world, "it's finished, when they realize they have something to envy."

Nothing to Envy is available from the AsiaStore.