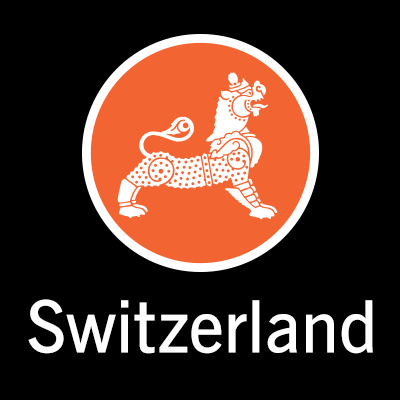 Asia Society Switzerland, based in Zurich, to hold inaugural program in January 2016

ZURICH, December 9, 2015 — Asia Society announced today that it is opening a center in Switzerland, extending the Society's footprint into Europe for the first time.

“This is a landmark moment for the Asia Society," said the Society's President and CEO Josette Sheeran. "The center in Switzerland is an acknowledgement that Europe is critical to building bridges of deeper understanding between the west and Asia. This affirms John D. Rockefeller 3rd's founding vision of 60 years ago, which recognized the compelling importance of Asia's rise to the United States and indeed the entire world."

Founding board members of Asia Society Switzerland expressed their enthusiasm and reflected on the new center:

“We are honored to become a member of the Asia Society family and establish the first European center in Switzerland. Our mission is to build bridges, inspire curiosity and foster mutual understanding,” said Adrian T. Keller, Chairman of DKSH, who will serve as chair of the new center.

“Asia Society Switzerland is looking forward to learning from the vast network and knowledge that has been built by Asia Society in the past 60 years. As the first chapter in Europe we add a new perspective in the transcontinental dialogue about arts, culture, education, policy and business,” said Raymond J. Baer, Honorary Chairman, Julius Baer Group and Vice Chair, Asia Society Switzerland.

“Globalization is a dominant force, driven by diverse ideas and cultures. It is shaping arts, education and business while redefining the global power structure. Asia Society Switzerland as the first center in Europe can bring a new voice into the dialogue supporting insights and solution to shape our shared future in multipolar world,” said Annette S. Schoemmel, Strategist and Entrepreneur, and Asia Society Switzerland board member.

“Asia Society Switzerland—with the perspective of a highly globalized country in the center of Europe—can add new views to the discourse with and about Asia. The beauty of the concept of Asia Society lies in its equal weighting of politics, business and culture in its activities. Culture in particular can offer a key for understanding," said Dr. Uli Sigg, Collector of Chinese Contemporary Art, former Ambassador to China, Mongolia and Korea, and Asia Society Switzerland board member.

With the launch of Asia Society Switzerland, Asia Society now has offices in 12 cities in the United States, Asia, and Europe. Founded in 1956 in New York by John D. Rockefeller 3rd, the organization opened its first regional center in Washington, D.C., in 1971. Since then, additional Asia Society offices have opened in Hong Kong, Houston, Los Angeles, Manila, Mumbai, San Francisco, Seoul, Shanghai, Sydney, and now Zurich. The Hong Kong and Houston locations—like New York—feature public spaces for Asia Society’s art exhibitions and public programming, as well as for hosting dignitaries and conferences.

Asia Society Switzerland is planning an ambitious program of events and initiatives, starting with its inaugural event: “New Patterns in the Asian Century,” on January 18, 2016, in Zurich. Speakers include Philip Tinari, Director of the Ullens Center for Contemporary Art in Beijing, and Prasenjit Duara, Professor of Asian Studies at Duke University. The evening will be hosted by Tian Wei, host and moderator of CCTV news.

The Society’s expansion to Europe comes at a time of ongoing programmatic expansion. In the last year the Asia Society Policy Institute was launched, with The Honorable Kevin Rudd as its inaugural President; this month, Boon Hui Tan, from Singapore, takes the helm of the Asia Society Museum and Arts and Culture Department in New York; and Asia Society’s long-standing education team has recently created the Center for Global Education under the stewardship of Dr. Anthony Jackson.

Josette Sheeran was appointed president and CEO of Asia Society in 2013. The organization’s board co-chairs are Washington, D.C.-based business leader Henrietta H. Fore, a former senior U.S. government official who served as the first female chief of the U.S. Agency for International Development (USAID), and Ronnie C. Chan, one of Hong Kong’s and China’s top property developers, investors and philanthropists.

Fore, whose father was from Switzerland, said the Swiss center marked a pivotal but logical progression for the Society. “After a considerable expansion of its Asian and U.S. footprint, the Asia Society now moves to a continent that is looking for those same connections and networks in Asia that we have been providing for decades,” she said.

“John D. Rockefeller 3rd realized back in the 1950s that Asia’s fate would be crucial to the future of the United States and the world,” said Chan, who is also chairman of Asia Society Hong Kong. “I believe he would see the wisdom in this move as well. The Europe-Asia relationship is as critical as ever.”

About Asia Society
Asia Society is the leading educational organization dedicated to promoting mutual understanding and strengthening partnerships among peoples, leaders and institutions of Asia and the United States in a global context. Across the fields of arts, business, culture, education, and policy, the Society provides insight, generates ideas, and promotes collaboration to address present challenges and create a shared future. A nonprofit, nonpartisan organization, Asia Society is headquartered in New York with state-of-the-art cultural centers in Hong Kong and Houston, and offices in Los Angeles, Manila, Mumbai, San Francisco, Seoul, Shanghai, Sydney, and Zurich. Find out more at AsiaSociety.org.