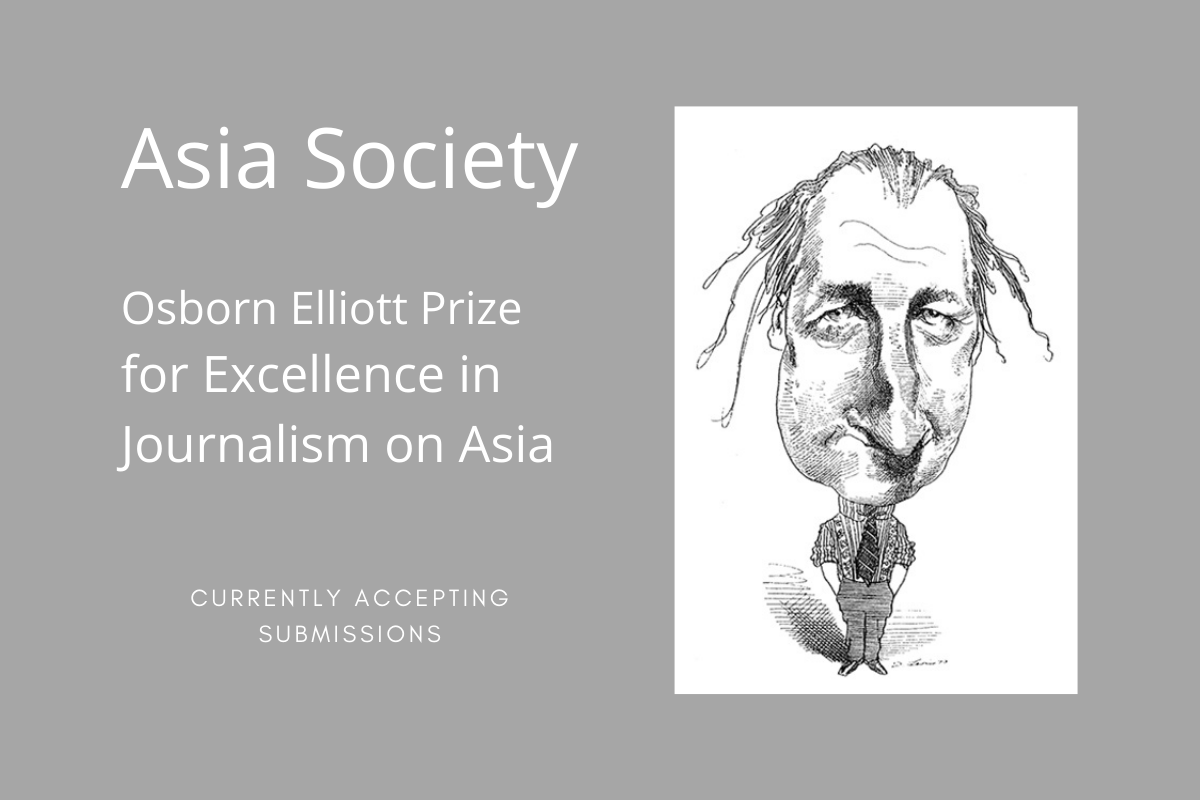 NEW YORK, February 16, 2021 — Asia Society is currently seeking applications for the 2021 Osborn Elliott Prize for Excellence in Journalism on Asia. The $10,000 prize is awarded annually to a reporter or team of reporters who has produced the best example of journalism about Asia specifically during the 2020 calendar year. Evaluation criteria include impact of the work, its originality, creativity, depth of research and educational value in informing the public about Asia.

Asia Society encourages submissions from individual reporters, and from outlets based in Asia. Applications must be received by Friday, March 26, 2021.

Last year, Asia Society awarded Gerry Shih of the Washington Post for his reporting on China. Other recent winners include an Associated Press team for its series “China Clamps Down” about China’s assertions in the Xinjiang region of Western China (2019); Wa Lone and Kyaw Soe Oo of Reuters (2018), who provided searing accounts of violence against the Rohingya and were later jailed because of it for more than 500 days; Ellen Barry of the New York Times (2017) for a series of stories examining the role of women in India’s economy and society, and Sudarsan Raghavan of the Washington Post (2016) for a series on Afghanistan.

The next winner of the Oz Prize will be honored at a special program at Asia Society in New York City in the spring.

• A submission can consist of a single written story, or a series of stories around a specific theme.

• For the purposes of the award, “Asia” is defined as the area from Japan to Iran, and from Central Asia to New Zealand, Australia, and the Pacific Islands. It does not include the Arab Middle East.

• Journalistic work must have been published in English, during the 2020 calendar year.

• All nominations or direct applications are limited to one per writer or team.

• Submissions are only accepted electronically, via the submit button below, which includes access to application requirements and instructions. Please submit any questions to pr@asiasociety.org