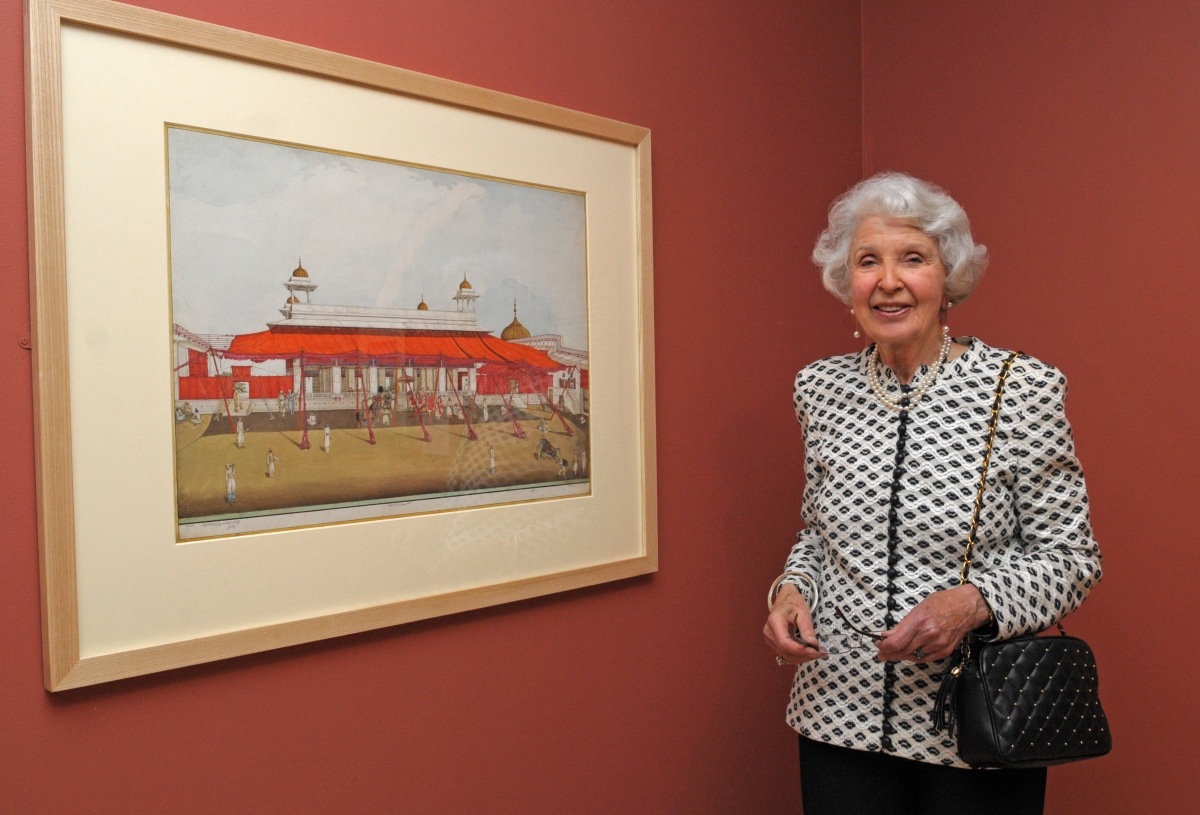 Lisina Hoch visits Asia Society for the opening of Princes and Painters in Mughal Delhi 1707-1857 on February 7, 2012. (Asia Society)

NEW YORK, February 27, 2019 — Asia Society mourns the passing of Lisina Hoch, a philanthropist and honorary life trustee of the organization who died peacefully at her home in Irvington, NY, on February 15. She was 89.

Born in Switzerland, Hoch was the eldest of three daughters. She attended school in the U.K. before moving to New York to study interior design. There, she met Frank Hoch, and they married in 1951. That decade, the two traveled to Bhutan, a tiny, remote Himalayan kingdom, to visit a former classmate of Lisina's, sparking a fascination with the country that would span decades.

Hoch had a long and enduring association with Asia Society. She served as a member of the board of trustees from 1981 to 1984 and later became an honorary life trustee. She was also instrumental in Asia Society's hosting of a caravan to Bhutan in 2007 as well as the visit of the Honorable Lyonchhen Jigmi Y. Thinley, then Bhutan's prime minister, in 2011.

Lisina and Frank Hoch championed Asia Society activities across the board, providing generous support for our Park Avenue building renovation and gallery expansion in 2001, as well as several exhibitions held over the years. She was on the steering committee for our 50th anniversary in 2006 and was an inaugural supporter of the Nicholas and Sheila Platt Endowment for Public Policy.

As a noted philanthropist, Hoch served on numerous boards and volunteered for local, national, and international organizations, where she worked to promote the causes of conservation and scientific research. Organizations she supported provided services to disadvantaged populations, including the Exodus Transitional Community, which helps formerly incarcerated individuals transition back to normal life.

"Lisina was an adventurous, pioneering, deeply informed, and beloved member, with her husband Frank, of our Asia Society family for over three decades," said Josette Sheeran, president and CEO of Asia Society. "She was gracious, gentle, and a strong inspiration to us all."