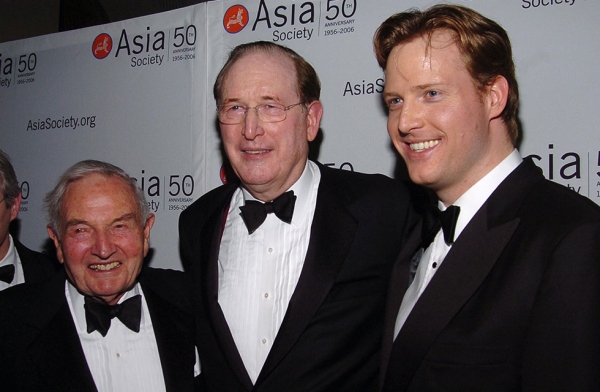 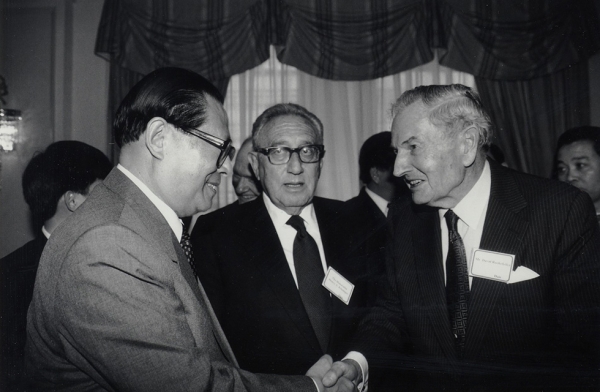 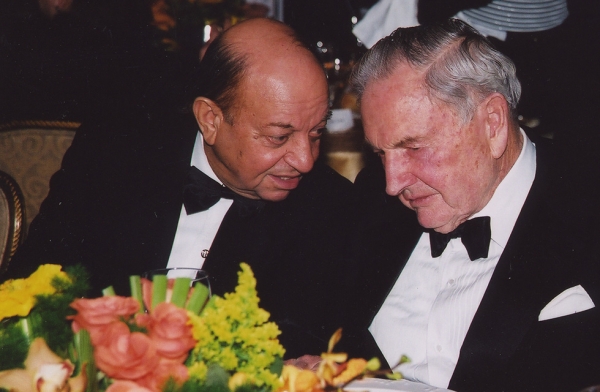 "It is with a profound sense of loss that we learned today, as we gathered at Asia Society Hong Kong for our Board of Trustees meetings, of the death of David Rockefeller. The world has lost a giant of a man," Asia Society said in a statement.

"Reflecting on his life and legacy, we find ourselves humbled by his vision and his selfless statesmanship. He was a quiet yet commanding global figure and a caring family man. Asia Society was founded by David’s brother John D. Rockefeller 3rd and is honored to have Charles Rockefeller, his great nephew, as a member of our Board of Trustees, and Senator John 'Jay' Rockefeller IV, his nephew, as an Honorary Life Trustee."

Asia Society Global Co-Chairs Ronnie C. Chan and Henrietta H. Fore noted: “For decades David Rockefeller had a profound impact on international relations. Following the passing of his oldest brother and our founder John D. Rockefeller 3rd, David continued to honor his brother’s work and supported and encouraged the work of Asia Society. His grace, insight and wisdom will be profoundly missed by all of us who had the honor to work with him."

Asia Society President and CEO Josette Sheeran added: "David Rockefeller was the last of a great generation of Rockefeller brothers that included Asia Society founder John D. Rockefeller 3rd. David's profound contribution to the arts and to building bridges of understanding in international relations cannot be overstated. We were deeply honored to know him and to call him a friend and supporter."

On the occasion of Asia Society’s 50th anniversary in 2006, Mr. Rockefeller was interviewed by Charlie Rose at the Asia Society Museum exhibition, A Passion For Asia: The Rockefeller Family Collects, which brought together 150 artworks collected by three generations of Rockefellers.

In a book accompanying the 2006 exhibition, Mr. Rockefeller wrote of his parents’ extensive travels in Asia and the appreciation of Asian arts and culture they instilled in him: “In many ways, this was the beginning of my own lifelong interest in art.” He added: “All of these extraordinary places made us realize how rich and diverse Asian cultures are — and how little most of us in the United States know about them. In this regard, I believe that my brother John made an enduring contribution by founding the Asia Society.”