The Asia Pacific Region Should Play the Lead Role in Trade 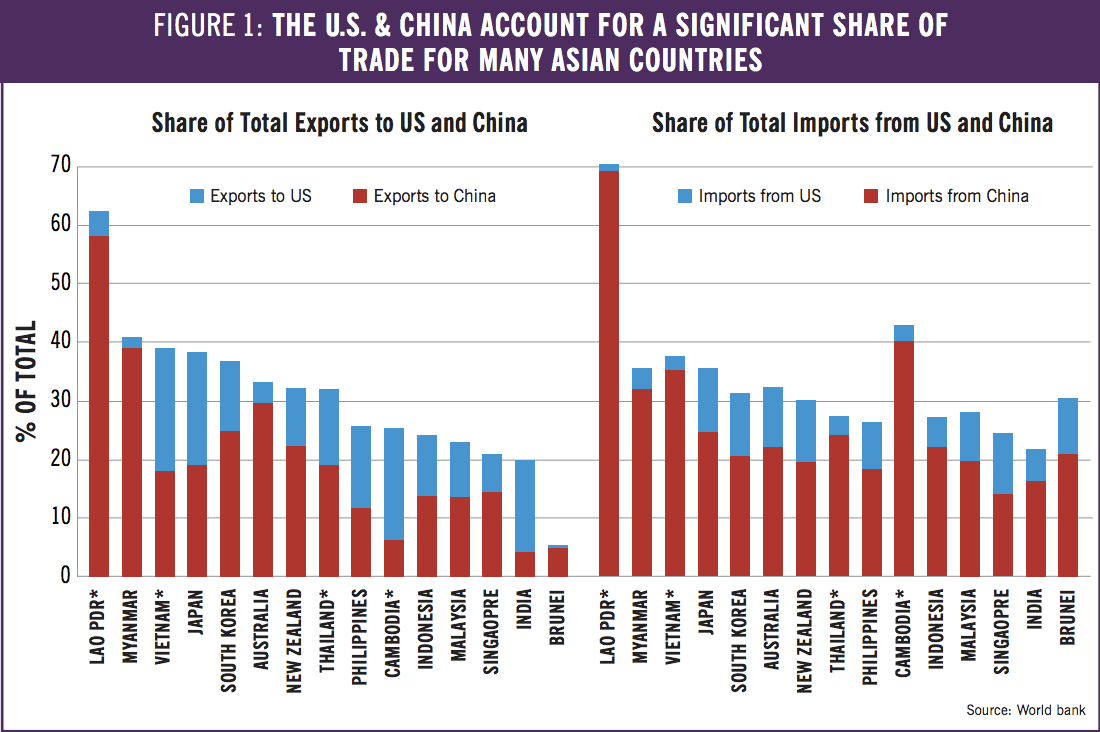 WASHINGTON, D.C., May 30, 2019 – In a new issue paper published today by the Asia Society Policy Institute, senior trade experts from across the Asia Pacific urge policymakers in the region to take a leadership role in fixing and updating the international trade rules. This work takes on a new urgency amid the ongoing U.S.-China trade dispute and the paralysis at the World Trade Organization (WTO).

In the report, the authors take stock of recent developments in the region’s trade landscape and put forward a number of policy recommendations. They identify the global and regional impacts of the U.S.-China trade dispute and the logjam at the WTO as two major developments straining the trading system.

“Asian countries feel caught in the crossfire of the U.S. and China trade dispute,” Cutler says. “While some countries may be benefitting from trade and investment diverted from China, these short-term gains are outweighed by the long-term negative impacts, including the slowdown in global economic growth and increased uncertainty.”

In addition, the authors find that while digital commerce and advanced technologies, like 3D printing, AI, and robotics, offer unprecedented economic opportunities, they will also push the limits of the trading system to respond going forward. In the face of these challenges, they call on the Asia Pacific, particularly “middle powers” and trade-dependent economies, to step up and take on the role traditionally played by the United States of driving consensus around trade rules, noting that the countries in the region are uniquely positioned to do so.

In their recommendations, the authors urge the countries of the Asia-Pacific region to lead efforts to reshape the WTO, including abandoning the distinction between “developed” and “developing” countries in future agreements and pursuing plurilateral agreements, as well as granting a one-year extension to current judges of the Appellate Body to allow time to find an acceptable solution. They also call on the U.S. and China to conclude a meaningful trade deal to address their fundamental issues of concern and to work together and with others in the Asia-Pacific region to set new international rules in areas such as digital trade and advanced technologies, the role of government in the economy, and investment and cooperation.

The authors also urge Asia-Pacific countries to continue to push for robust trade agreements, including expanding membership in the Comprehensive and Progressive Agreement for Trans-Pacific Partnership (CPTPP), and concluding the Regional Comprehensive Economic Partnership (RCEP) negotiations in 2019, adopting practical approaches if needed. Finally, the report recommends forming an independent group of experts from across the Asia Pacific to assess how the existing trade rules, such as on intellectual property rights, services, and standards, will be affected by new technologies and propose a path forward.