Rivers of Ice: Vanishing Glaciers of the Greater Himalaya 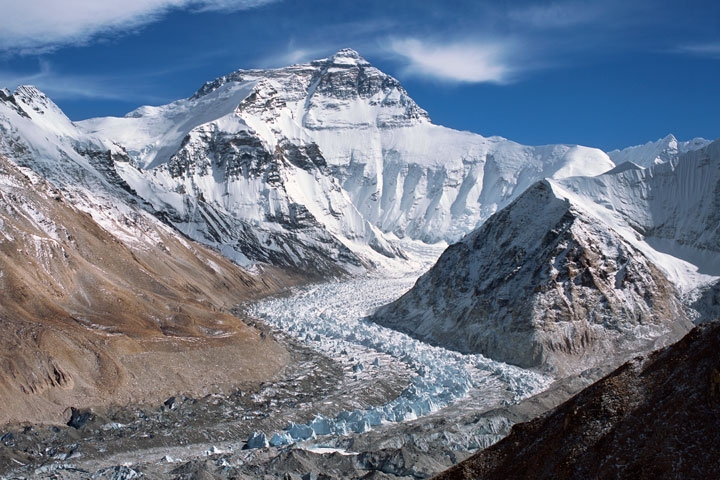 The Himalayas are home to some of the world's most magnificent peaks and largest glaciers, which supply crucial seasonal flows to rivers across Asia. Yet they are disappearing at an alarming rate.

This exhibition presents new photographs of these "water towers of Asia" by mountaineer and photographer David Breashears alongside archival photographs taken over the past century by some of the world's greatest mountain photographers. The comparison starkly reveals the catastrophic loss of ice during the intervening years.