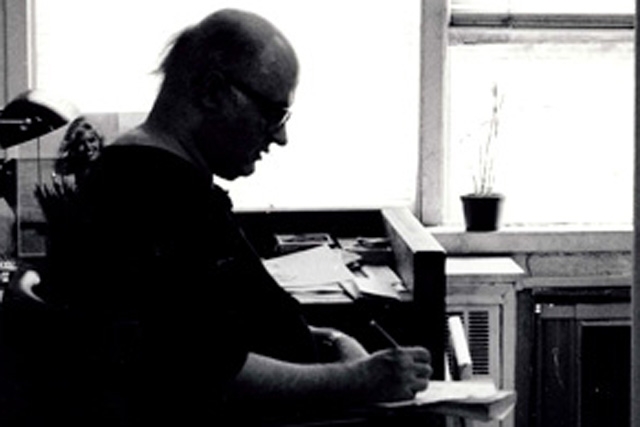 Iranian artist Ardeshir Mohassess, considered a cult figure forartists and intellectuals in Iran for his illustrations that blended humor and social commentary, died of a heart attack on October 9, in New York City. He was 70.

Mohassess was born in Rasht, Iran in 1938, and displayed an artistic talent in childhood. He was said to have done his first drawing, a picture of an army general, at the age of 3. After earning a degree in political science from Tehran University in 1962, he began publishing political drawings in Iranian newspapers. Soon after, his drawings appeared in international newspapers and magazines, including The New York Times and The Nation.

In 1976, Mohassess left Iran for what he planned as a temporary stay in the United States. However, after the outbreak of the Iranian Revolution in 1979—which brought an end to the reign of the Pahlavi Shahs and instated a theocracy led by Ayatollah Khomeini—Mohassess decided not to return to his home country, and settled in New York.

His work was recently the subject of a retrospective exhibition, Ardeshir Mohassess: Art and Satire in Iran,at the Asia Society Museum in New York, the first to be presented in the United States. Some 70 drawings displayed were created between 1976and 2000 and revealed his focus on the conflicts between the oppressorand the oppressed both before and after the revolution of 1979 .

In a review of the exhibition, The New York Times called Mohassess’s work "more ambiguous than typical op-ed illustrations andmore subtle than most political cartoons. In Mohassess’s works, the coded beauty of traditional Persian art comes face to face with the ugliness of successive autocratic regimes."

Mohassess once said of his role as an artist, "I am only a reporter." Throughout his career, he remained a resolute social critic, focusing on the cruelty, humor, and vulnerability of human nature.

"It was an honor to work with Ardeshir and to present the highlights from his prolific career as an artist in the exhibition Ardeshir Mohassess: Art and Satire in Iran,"said co-curators Shirin Neshat and Nicky Nodjoumi. "We will remember his life and amazing contributions to art, and we are certain that his legacy will live on for future generations."

"We were honored to have the opportunity to acknowledge and celebrate his important contributions to both Iranian and international art and culture during his lifetime," said Melissa Chiu, director of the Asia Society Museum.