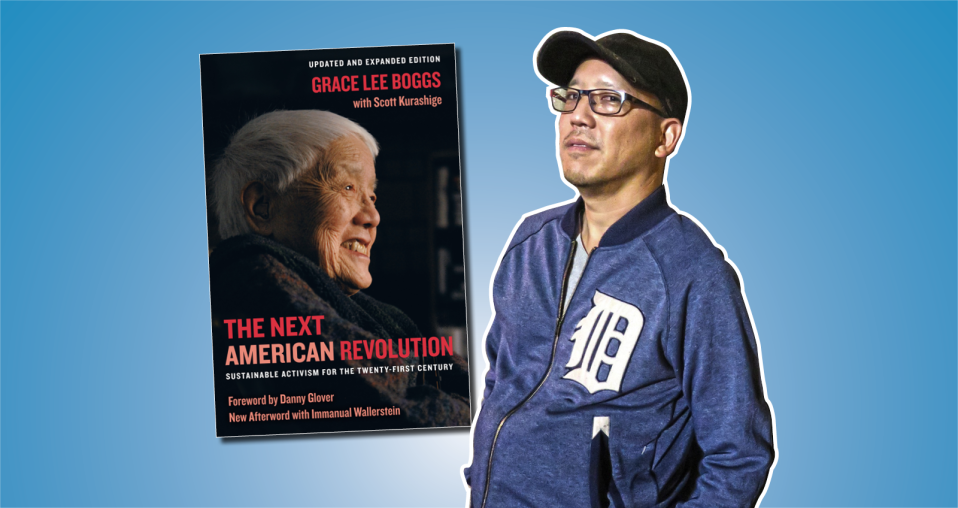 We’re turning to the teachings of pioneering activist and writer Grace Lee Boggs for wisdom and hope to help navigate these difficult times. Join us for our last book club of the year in reading The Next American Revolution: Sustainable Activism for the Twenty-First Century. Written in her 90s, Boggs shares her influential concepts on social revolution developed over seven decades of dedicated activism. Scott Kurashige, educator-activist who wrote the book with Grace Lee Boggs, will lead the book club as our host.

Gather with others online to reflect, discuss, and connect after diving into The Next American Revolution. We will start with an introduction from book club host Kurashige, followed by discussion in smaller groups of book club participants. Finally, all are invited to join in conversation and Q&A with the host. Our book club provides a welcoming virtual space for authentic and humanizing connections, including meaningful and fun conversations, and the opportunity to meet others with shared interests. Please feel free to join even if you haven’t read the entire book.

About the book
“In this powerful, deeply humanistic book, Grace Lee Boggs, a legendary figure in the struggle for justice in America, shrewdly assesses the current crisis—political, economical, and environmental—and shows how to create the radical social change we need to confront new realities. A vibrant, inspirational force, Boggs has participated in all of the twentieth century’s major social movements—for civil rights, women’s rights, workers’ rights, and more. She draws from seven decades of activist experience, and a rigorous commitment to critical thinking, to redefine “revolution” for our times. From her home in Detroit, she reveals how hope and creativity are overcoming despair and decay within the most devastated urban communities. Her book is a manifesto for creating alternative modes of work, politics, and human interaction that will collectively constitute the next American Revolution—which is unraveling before our eyes.”—University of California Press

About our host
Scott Kurashige is professor and chair in the department of comparative race and ethnic studies at Texas Christian University. He is the author or co-author of four books: The Shifting Grounds of Race: Black and Japanese Americans in the Making of Multiethnic Los Angeles (Princeton University Press, 2008); The Next American Revolution: Sustainable Activism for the Twenty-First Century with Grace Lee Boggs (University of California Press, 2012); Exiled to Motown: A History of Japanese Americans in Detroit (Detroit JACL History Project Committee, 2015); and The Fifty-Year Rebellion: How the U.S. Political Crisis Began in Detroit (University Of California Press, 2017). He served as president of the American Studies Association in 2019-20.