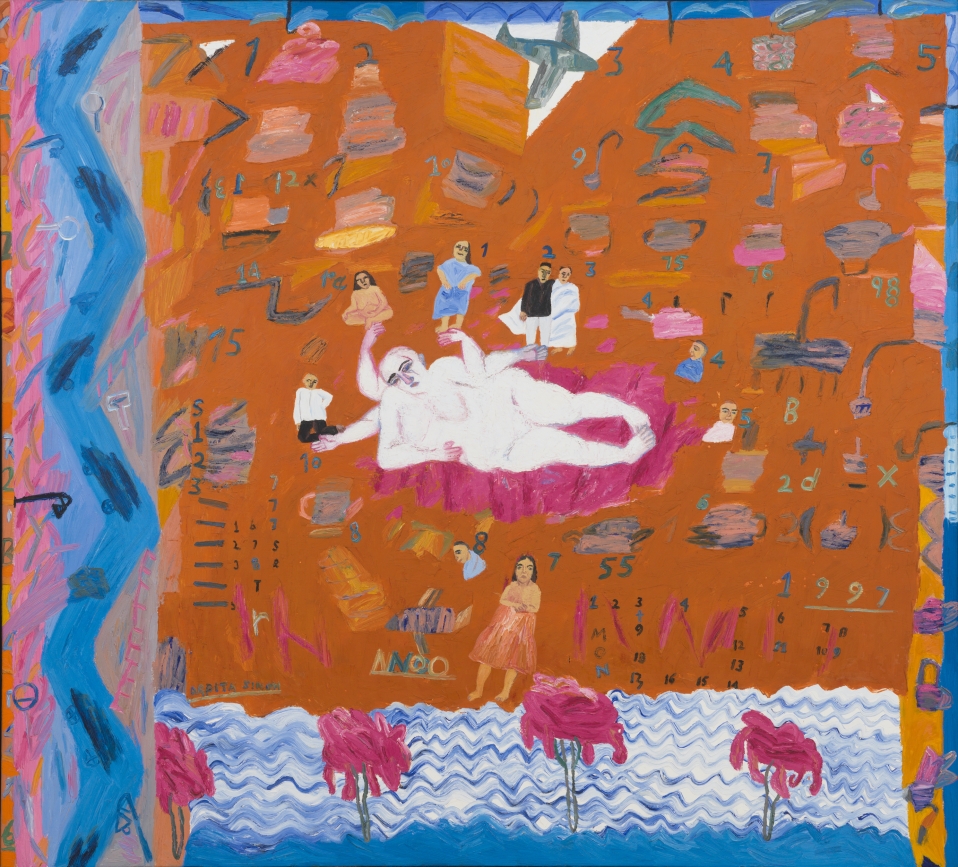 Not Home Alone: Contemporary Art as Resistance in the Asia Society Triennial

Contemporary art in the present moment is a refutation of the perverse dream that society and culture can be walled off and flourish in a self-made oasis. The artistic projects in the Asia Society Triennial: We Do Not Dream Alone trace the lines and trajectories that link people, objects, and ideas across history and geography. “Local” culture is a palimpsest of previous historical encounters with other “local” cultures that continues to be in dialogue, struggle, and exchange with other cultures. Rather than using the more common term “globalization,” which is haunted by the shadow of uniformity and the destruction of difference, we follow Jean-Luc Nancy in using the term “mondialisation,” as a reference to world-forming. In this curatorial lecture, Triennial Artistic Director Boon Hui Tan presents his artistic concept and guiding themes through a close reading of artworks in the inaugural Asia Society Triennial.

Boon Hui Tan is vice president for global artistic programs at Asia Society and director of Asia Society Museum, where he leads the organization’s global arts and cultural activities spanning visual arts, performing arts, literary arts, and film. As museum director, he oversees Asia Society Museum’s acclaimed exhibition programs and the Asia Society Museum Collection, which comprises the Mr. and Mrs. John D. Rockefeller 3rd Collection of traditional Asian art and the contemporary art collection of works by Asian and Asian American artists. Additionally, he oversees Asia Society Museum’s Arts & Museum Summit. Prior to this, he was assistant chief executive (museum & programs) at the National Heritage Board (NHB) in Singapore, where he oversaw exhibitions, programs, and outreach events across the Board’s museums, institutions, and divisions. In 2015, he was artistic director for Singapour en France, le Festival, the largest multidisciplinary presentation of contemporary culture from Singapore and Southeast Asia in France. As a curator and programmer, his research and writing interests focus on the contemporary artistic expressions of Southeast Asia and Asia, and the remaking of traditions among artists of today. Tan is a founding board member of the International Biennial Association. He was director of the Singapore Art Museum from 2009 to 2013, where he led the transformation of the museum into a contemporary art institution focused on Southeast Asia and assembled the largest public collection of contemporary art from the region. He was concurrently director of the organizing secretariat for the Singapore Biennale 2011. He initiated the regional focus and group curating approach which became the distinguishing feature of the Singapore Biennale 2013: If the World Changed, and served as a cocurator and project director.