Xu Zhen’s practice incorporates provocative sculptures, paintings, installations, and interventions that confront sociopolitical taboos in contemporary China and belie western assumptions of Chinese art and commerce. The artist received a degree from the Shanghai Arts & Crafts Institute in 1996. In 2009, Xu subsumed his individual artistic identity to become what he calls an “art creation company” named MadeIn. In 2013, MadeIn launched the brand Xu Zhen, redundantly making Xu a product of his own corporation. This circuitous, multifaceted identity humorously subverts notions relating to craftsmanship, originality versus mass production, appropriation and authorship, agency, and the effects of digital-era globalization on the art market.

Eternity—Male Figure, Statue of Venus Genetrix is a suite of three nearly identical sculptures. Two appear inside the Asia Society Museum galleries, and one is placed on the Park Avenue median adjacent to Asia Society. Each cast is taken from replicas of an eleventh-century male figure from Cambodia that is in the Asia Society Museum Collection and a second-century Roman figure of Venus Genetrix, which is in the collection of the J. Paul Getty Museum. The appropriation and replication of these classical statues—deemed to be among the highest benchmarks of Asian and western civilizations, respectively, and included in iconic western collections—address entrenched Eurocentric hierarchies within the art-historical canon and subtly allude to complex issues related to provenance, patrimony, and connoisseurship in the United States, especially in relation to historical collecting practices of premodern, non-western art. 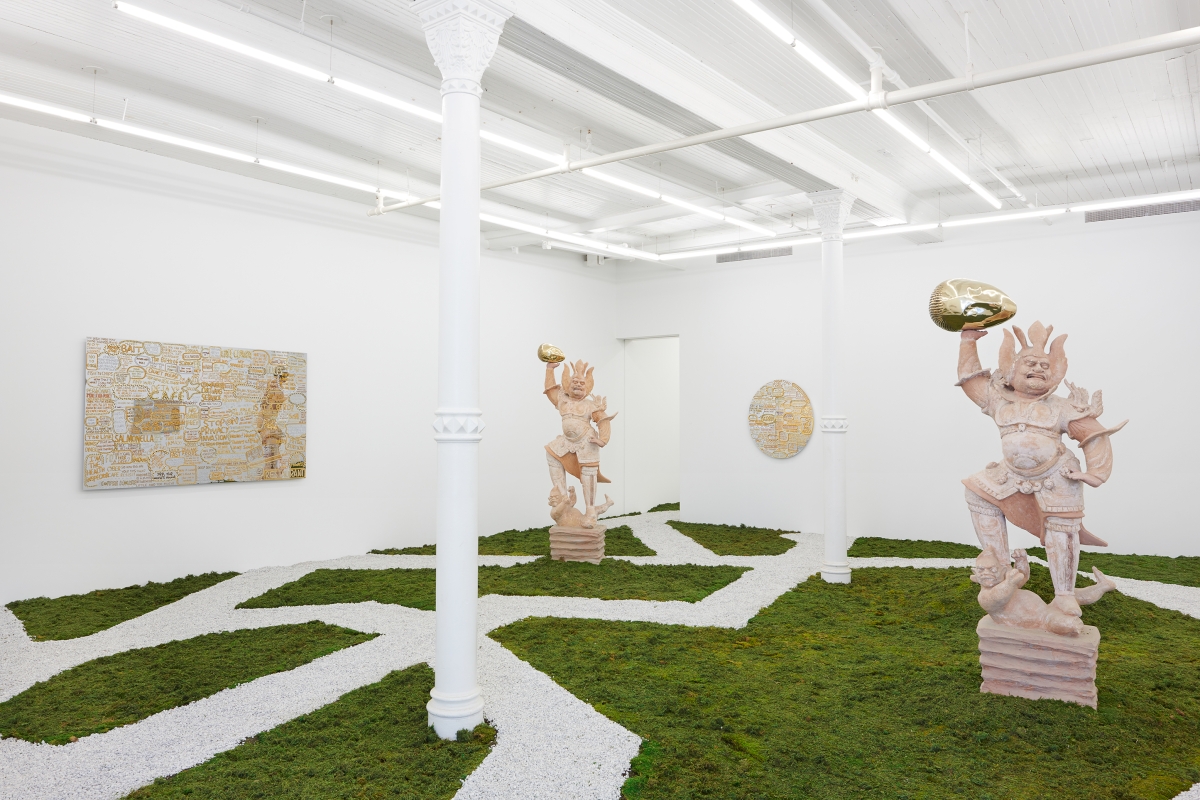 In the lead up to the Triennial opening, our Dreaming With Q&A series provides an exclusive glimpse into the artists’ lives and studios.
Read more': ' Dreaming With: Xu Zhen®️