Daniel Crooks is best known for his mesmerizing sculptures, videos, and photographs that create disjunctions between spatial perception and temporality. The artist’s manipulation of time and matter is meant to deconstruct one’s relationship to these phenomena through experiences across daily life, revealing details that would otherwise be overlooked or imperceptible to the human eye. The artist received a BA in design from the Auckland Institute of Technology in 1997 and a postgraduate diploma in animation from the Victorian College of the Arts, School of Film and Television, Melbourne, in 1994.

The Subtle Knife is a poetic rumination on the cinematic experience of train travel. Crook’s entrancing journey seamlessly traverses urban and rural landscapes to present the possibility of parallel realities across time and space. The absence of any living beings or identifying signage throughout the video accentuates this timeless quality. The artist utilizes rectangular motifs or “portals” that feature glimpses of imagery from elsewhere in the video, to rupture conventional perceptions of reality and to consider the malleability of time and memory. The Subtle Knife, originally created as a single-channel video, was presented on multiple video-billboard screens in Times Square as part of the Times Square Arts “Midnight Moment” program for the month of January 2021, in collaboration with the Asia Society Triennial. 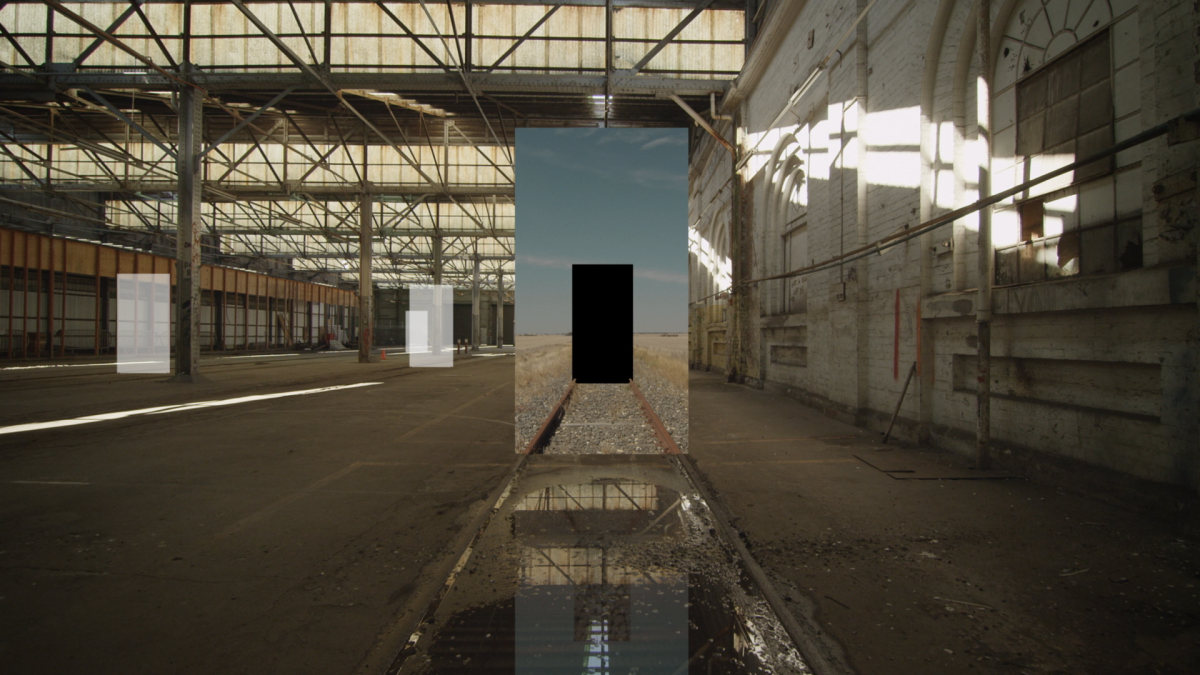 In the lead up to the Triennial opening, our Dreaming With Q&A series provides an exclusive glimpse into the artists’ lives and studios.
Read more: Array