How philanthropy can provide a new path for engagement with China 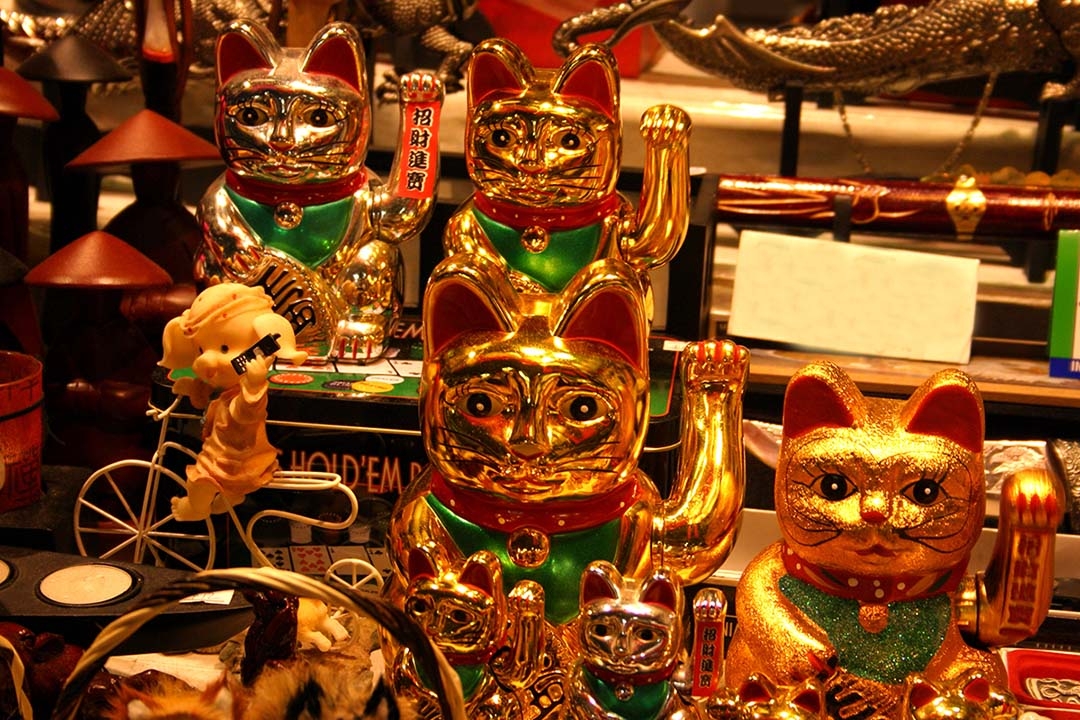 Australian and Chinese philanthropy can potentially tackle some of the big challenges in Australia-China relations.

China has entered a bold new era known within China as ‘Xi Jinping’s New Era.’ Australia’s relations with the country have entered a new phase as well, potentially a more complex and fraught period in the relationship than any that has come before. Charting new rules of engagement for constructive relations between Australia and China over the coming decade is a pressing task.

In devising new rules of engagement Australians need to be:

Philanthropy can play an important role in helping to achieve clarity on complex and often sensitive issues because private donors are independent of government, tend to have a bolder risk appetite, and are able to support and convene problem-solving teams, representing different sectors and perspectives, to explore ways forward in building constructive bilateral relations.

Despite regulatory constraints in both countries, philanthropy can be a helpful partner to government, to business and to the community in helping to shape future relations between Australia and China in ways that are fit for purpose and suited to the times in which we live.

Xi’s New Era makes a clear break with the three decades of Reform and Opening (1979-2009) that preceded it. Key differences include the Communist Party’s return to Marxist-Leninist ideological orthodoxy, reassertion of authoritarian party rule over every aspect of community life, consolidation of state enterprises at the expense of private business, wholesale reorganisation and upgrading of the country’s military, security and surveillance systems, and growing assertiveness in projecting national power and influence abroad. China’s domestic and international policies for the New Era are planned and executed under the authority of a single party leader in command in perpetuity, Party General-Secretary Xi.

The changes under Xi have triggered a new phase in Australia’s relations with China. Australians warmly welcomed opportunities for expanded trade, investment, learning, friendship and immigration over the preceding reform era (1979-2009). At that time, Australian governments promoted open engagement without close regard to the different values and strategic interests that separated the two countries.

The assumptions underlying that relatively easy-going approach are no longer tenable as the downside risks that China’s growing power and influence present to Australian values and interests have become more apparent.  Public sentiment has shifted accordingly. Lowy Institute polling indicates that many Australians no longer trust China to act responsibly in the world. So Australians need to make a successful adjustment in the ways they engage with China.

This is where international philanthropy comes in. Philanthropy has played a prominent role in international relations for well over a century. Early in the 20th century, American charities and foundations including the Rockefeller and Carnegie Foundations built some of China’s most advanced hospitals, provided scholarships for future leaders of China to study abroad, and worked with returned students in founding teaching facilities in the physical, medical, and social sciences many of which continue to lead the country in their respective fields in China a century later.

Following the re-establishment of diplomatic relations between Washington and Beijing, in 1979, newer foundations including the Ford and Gates Foundations and Rockefeller Brothers Fund have made significant contributions towards bilateral cooperation on matters of mutual concern. In each case, the value of private philanthropy to US-China relations has gone well beyond the quantum of financial contributions to include solving real-world problems, building expertise in institutions, fostering good-will at the people-to-people level, and enabling frank and transparent communications between ex-government and non-government experts and professionals in Track II dialogues on emergent and sensitive issues.

Philanthropy in China, although larger in scale than Australia, has limited international reach as well. Private donors and foundations in China contribute around $32billion annually to a wide range of charitable causes, with philanthropic trusts and foundations contributing around $13 billion of the total. As in Australia, only a small proportion of donations have historically been directed overseas. This appears to be changing. One third of respondents to a recent survey of major foundations in China reported making at least one donation overseas during the survey period and the value of overseas donations in 2015, totalling $135 million, exceeded the value for the previous seven years combined.

The regulatory and political environments in Australia and China partly account for the relatively low rates of philanthropic donations overseas to date. American foundations are as a matter of course permitted to contribute to foreign organisations, for charitable purposes, on condition that the grant recipient is certified as equivalent to an eligible domestic public charity or that the grant remains subject to the foundation’s control. By contrast, only a limited number of foundations and charitable organisations in Australia and China are permitted to donate outside their respective national borders.

In the case of Australia, a foundation’s ability to donate overseas depends on its legal structure. For example, foundations known as private ancillary funds (PAF) – referring to a foundation structure that provides donors with a tax deduction for contributions towards the fund itself – can only make grants within Australia to deductible gift recipients (DGR), which is to say entities registered as charities with the Australian Charities and Not-for-profits Commission and endorsed as DGRs by the Australian Taxation Office. In order to expend funds overseas, a PAF must make a grant to a DGR in Australia and those funds may then be used for projects overseas.

Not all DGRs can operate overseas, however, although the law in relation to DGR operations outside Australia has been liberalised in recent years. DGRs permitted to  operate overseas include aid organisations approved under the Australian Government’s Overseas Aid Gift Deduction Scheme, as well as organisations known as public benefit institutions. Other types of foundations, such as income tax exempt charitable trusts –  a foundation structure that does not provide donors with a tax deduction for contributions into it and hence is often a less attractive option to donors – can distribute up to 49 per cent of their funds overseas provided these are used to further their charitable purposes.

These constraints do not apply to the same degree to overseas donations by private corporations, which may deduct donations for taxation purposes as business expenses rather than charitable expenses.

In the case of China, a limited number of foundations are permitted to make significant contributions overseas to work alongside government in delivery of officially-approved foreign aid programs, often associated with the government’s strategic Belt and Road Initiative.  Within China, formally registered charitable trusts and foundations are confined to supporting organisations registered with the Ministry of Civil Affairs as eligible not-for-profit organisations.   Eligibility is tightly policed to ensure alignment with Communist Party and government objectives.  Under the 2016 Charity Law, charitable donations are further restricted to five defined fields of charitable work in China, including poverty alleviation, health work, disaster relief, environmental protection, and the promotion of education, science, culture and sport. An additional catch-all category refers to ‘other public benefit activities complying with this law.’

In so far as the legal and regulatory framework applying to charities and foundations remains under development in China, the terms and conditions governing international donations and operations have yet to be fully tested.

With China’s philanthropists, trusts and foundations set to emerge as significant global players, how can their Australian counterparts engage with them in a mutually beneficial, sustainable, and transparent manner?

Constructive approaches to philanthropy engagement also need to acknowledge the important role of government in promoting and sustaining a variety of public-diplomacy programs relating to Greater China through the Australia-China Council, the Foundation for Australian Studies in China and, in future, through the Commonwealth-funded National Foundation for Australia-China Relations (NFACR). The distinct and complementary roles that private philanthropy can play is likely to be shaped by the strengths as well as the omissions of government public diplomacy programs.

Private philanthropy is well positioned to deal with difficult issues impeding constructive bilateral engagement despite the historical limitations and regulatory constraints applying to the philanthropy sectors in China and Australia. As the ‘ultimate risk capital,’ philanthropy has a healthy risk appetite. It is largely independent of government, has scope for innovation, and exercises considerable convening power. For these reasons, business leader and philanthropist Bill Gates has argued, philanthropy should not confine itself to the “easy problems” which can be left to business and governments to manage. “Philanthropy should be taking much bigger risks than business,” Gates advises philanthropy peers.

Australian and Chinese philanthropy can potentially tackle some of the big challenges in Australia-China relations. In view of the regulatory and political constraints noted above, opportunities for direct funding from Australia to China or from China to Australia are likely to be limited. At the Australian end this limitation could in time be overcome by expanding the scope for Australian charitable donations overseas to include charities and foundations working to find new ways forward in relations with China.  At the China end there appears to be little prospect of further regulatory reform in the foreseeable future.

Operating within current constraints, a number of innovative solutions are available to assist philanthropy in realising its potential for promoting constructive bilateral engagement. Viable solutions are likely to involve partnerships between philanthropy institutions based in Australia and China, on a domestic self-funding basis, and to be founded on principles of mutual benefit, reciprocity, transparency, and medium-to-long term commitments rather than short-term transactions.

Convening: To promote dialogue on issues of mutual concern, trusts and foundations in Australia and China could fund local participation in occasional semi-formal (Track II) meetings on thematic issues not directly related to philanthropy, including trade and investment, countering crime, education and culture, technology and security, developmental assistance, and rule of law, among other possible issues.

Practical and effective models of discovery, learning, cooperation and convening are readily available for emulation. The East-West Philanthropy Forum, based in Honolulu, has pioneered international efforts to catalyse a global leadership network assisting philanthropy to address urgent environmental and social challenges through bilateral and multilateral philanthropy cooperation.

At the bilateral level, Philanthropy Australia has taken the lead in Australia in hosting private philanthropy delegations from China, including representatives of that country’s primary data and information sharing platform, the China Foundation Center, and introducing leading philanthropy institutions and training centres in China to their Australian counterparts, resulting in further collaborations.  Going beyond philanthropy, trusts and foundations could constructively support annual/biennial youth, women’s, professional and other dialogues among interested parties from both sides.

Philanthropy can help build trust between people by exploring innovative and workable solutions for common problems, at arms-length from government, while bearing and mitigating some of the risks involved. Parties that have a stake in building productive relations between Australia and China and that see a place for philanthropy in the relationship could form a steering group to explore options, give shape to proposals, and work toward implementing the following recommendations.

A path ahead for cooperation