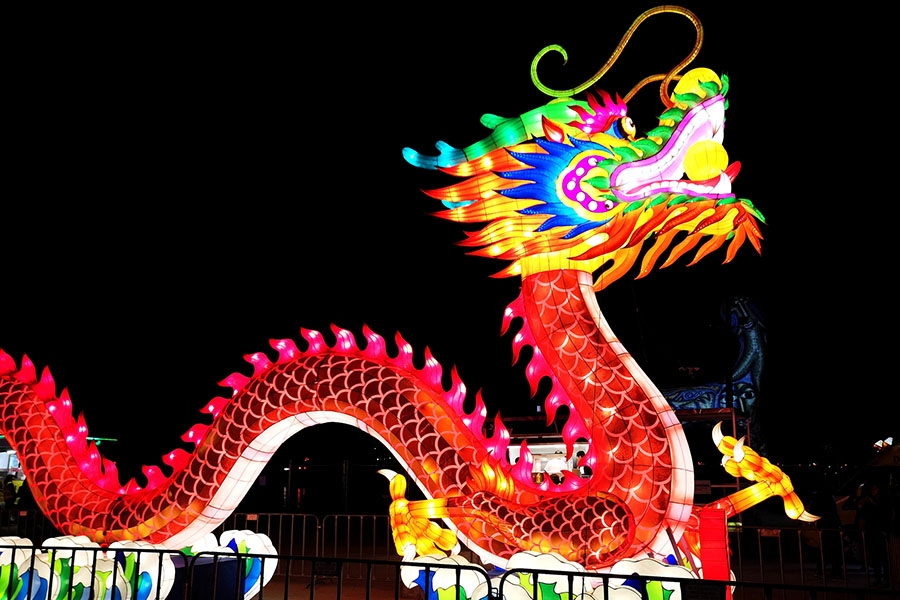 There is no viable alternative to continued engagement. This is certainly true for Australia, but it is also true for China.

It has to be said, but few wish to: we are transitioning to a new and more difficult era with China. Laden with contradictions even in the best of times, it is clear Australia-China ties will become more challenging in the years ahead. We can expect the parameters of the possible for Australia-China relations to steadily narrow as each side rethinks the value proposition of the relationship. In short, we should be preparing for a protracted period of “bounded engagement.”

Neither side can afford to close off the relationship. Engagement remains in our best interests. But the setting in which engagement occurs will be less expansive and open-ended than in the past.

The question for Australians is, what should “bounded engagement” look like? In this more constrained atmosphere, what should be the rules of engagement with China to best realise Australian values and interests? Where are opportunities for engagement in this environment and where are the risks?

Asia Society Australia tackle these questions in this year’s Disruptive Asia series. Our expert contributors, drawn from across the country, take up critically important and complex areas of Australia-China interaction - including trade and investment, education, countering crime, technology, philanthropy, developmental assistance, human rights, and more. They propose how Australians can make the most of them even as they narrow in scope and become more precarious, even contentious.

As we enter this next phase with China, three key principles should guide our thinking.

First, there is no viable alternative to continued engagement. This is certainly true for Australia, but it is also true for China. The basic economic data alone tells a powerful story: one-third of Australian exports by value go to China.

But it is not just about resources and energy exports. Education and tourism are growing as a proportion of Australian exports to China and with them comes increased people-to-people exchanges as well as increasing Chinese immigration to our shores. Mandarin Chinese is the second-most widely spoken language in Australia.

While not the largest cumulative source of foreign investment in Australia, Chinese investors are among the fastest-growing sources of foreign investment. In recent years, they have been the largest source of approved annual investment (including property), though the United States reclaimed that position in 2017-18. Talk of “decoupling” from the Chinese economy may be possible for some countries, but makes no sense for Australia.  Rather, as the pace of Chinese economic growth slows, Australians will need to explore new trade and investment opportunities, both here and in China.

But beyond economic engagement, Australians cannot ignore China’s growing influence as a political and security actor in our region and around the globe. Keeping lines of communication open and clearly signalling Australian concerns, even on highly-sensitive issues, will become more important, not less, in the years ahead. In this sense, “negative engagement” - consistent messaging and push-back when Chinese actions impinge on Australian values and interests - is just as important as “positive engagement.”

We should also recognise that engagement is not a one-way street. While China is obviously the far larger and more powerful player in this partnership, it needs Australia too. Australia will remain a key source of raw materials, agricultural products, and higher education and an alluring destination for investment. Moreover, owing to its close alliance relationship with the US, Australia will remain a country of enormous political, diplomatic, and security interest to China.

In addition, as Beijing seeks to expand its role in and around the Indo-Pacific and promote its socioeconomic model, it will work hard to gain Australia’s respect, if not approbation, which means pursuing a full spectrum of engagement activities in this country. On the one hand, this can be a problem as Beijing aims to influence Australian debate in ways we find unacceptable. On the other hand, it is an opportunity to engage and contest the Chinese authoritarian political and economic model, a field on which the Chinese leadership seems increasingly willing to fight. We need to be increasingly willing to engage on that battlefield as well.

In all of this, it is well worth remembering that the Australian people retain a relatively good opinion of China. The 2018 Lowy Institute poll showed that a little more than half of Australians (52 per cent) said they trusted China either “a great deal” or “somewhat” to act responsibly in the world, compared with 59 per cent who said so for India, 55 per cent for the US, and 28 per cent for Russia. (Though, consistent with the ongoing shift in perceptions to the present era of bounded engagement, the figure for China is down from 60 per cent in 2011.)

In short, it is clear that engagement is here to stay and presents the most sensible path forward. But that engagement will be taking place in a more restrained, clear-eyed, and realistic atmosphere.

Importantly, this does not mean less engagement. Indeed, in a period of greater risk and difficulties, Australian governments, businesses, and civil society organisations should seek more open lines of communication and coordination with China (and on China amongst themselves). Indeed, we will need to review and rethink our current institutions and frameworks for engagement with China and better align them for success in this new era of bounded engagement.

Which brings us to a second key principle for this new era: while nearly all areas of Australia-China interaction will become more constrained, not all areas will be constrained to the same degree. Australians should prepare to be flexible and imaginative, but within narrower bounds, in the pursuit of beneficial cooperation with China.

Some forms of cooperation - for example, on countering illegal trafficking in people, drugs, and other contraband - would benefit from expansion, but will fall short of a formal bilateral extradition treaty owing to growing Australian concerns with China’s legal system and its abuse of the rule of law.

Foreign student bodies at Australian universities will still be dominated by Chinese - typically 35 to 40 per cent of foreign students in Australia are from China - but the higher education sector will be increasingly sensitive to these numbers so to reduce its over-dependence on them, while maintaining high academic standards. That said, expanding research partnerships between Australia and Chinese institutions of higher learning will be seen as a way to take greater advantage of China’s science and technology boom.

At the same time, however, Australian authorities will be exercising greater oversight of Chinese researchers at Australian universities engaged in certain advanced scientific research in order to manage risks associated with dual-use technologies and intellectual property theft. Less sensitive areas of Australian expertise that will attract Chinese interest would be in such areas as alternative energy, agriculture, and aged care.

Looking at another sector, we should also expect an increase in philanthropic giving from mainland Chinese sources, which will be welcomed by many deserving organisations. But Australian recipients of this largesse - such as charities, universities, and cultural institutions - will be far more cautious in conducting due diligence and avoiding potential political and reputational risks that could accompany those gifts.

As these and other examples show, in this era of bounded engagement, Australians will be more realistic, cautious, and innovative in dealing with China, seeking out areas of promise even as certain parameters for cooperation become more narrow.

A third key principle to keep in mind is this: we are not alone. Countries around the world face similar challenges in their relations with China and have done so for many years. In the US, terms such as “limited engagement”, “congagement”, and “constrainment” have long been part of the discourse defining US-China ties. Today the talk in Washington is of “constructive vigilance” and “competitive engagement” vis-à-vis China. Elsewhere around the globe, countries such as Germany and Japan are recalibrating their relationship with Beijing in order to better balance the risks and benefits associated with China’s rise and its impact on their national values and interests.

Australians can learn from those experiences - what works, what does not, and what might we do in partnership with others - as we too work to redefine our ties with China.

From a broad historical perspective, one could argue that variations on the theme of “bounded engagement” have always featured prominently in China’s interactions with the West. The two cultures, while deeply engaged, have long-been constrained in their relationship by underlying currents of admiration, antipathy, animosity, and ambivalence, and that pattern continues today.

What is different today is that - unlike most of the past 250 years - China has ascended, emerged as a great power, and cannot be ignored. Furthermore, Chinese leader Xi Jinping has more than any of his predecessors sought to harness that power to reshape the geopolitical landscape regionally and globally in ways that favour Chinese interests.

As a result, and with growing intensity over the past three decades, Australians have been deeply affected by nearly every aspect of China’s rise - for better and for worse - and that is a geopolitical fact of life that is unlikely to change. Even if China’s trajectory flattens or is thrown in to reverse in the coming decades, Australia would be heavily and negatively affected.

So that argues strongly in favour of continued engagement. But at the same time, the downside risks of China’s growing power and influence to Australian values and interests have become more and more apparent. As a result, we will have to adjust how we engage with China.

Without sacrificing many of the benefits of engagement, and while exploring promising new areas for cooperation, Australian relations with China will need to be more vigilant, restrained, realistic and sharply attuned to deflecting the challenges China will present to Australian security, prosperity, and society. Defining the new boundaries of such a relationship will be one of the most important foreign policy tasks of the next decade. It is high time we got started.

Dr Bates Gill is Professor of Asia-Pacific Security Studies at Macquarie University, an Associate Fellow with the Royal Institute of International Affairs (Chatham House, London), and co-editor of the Asia Society Disruptive Asia series for 2019.

This article also appeared in the Australian Financial Review on 14/03/19 as part of their ongoing coverage of Disruptive Asia.