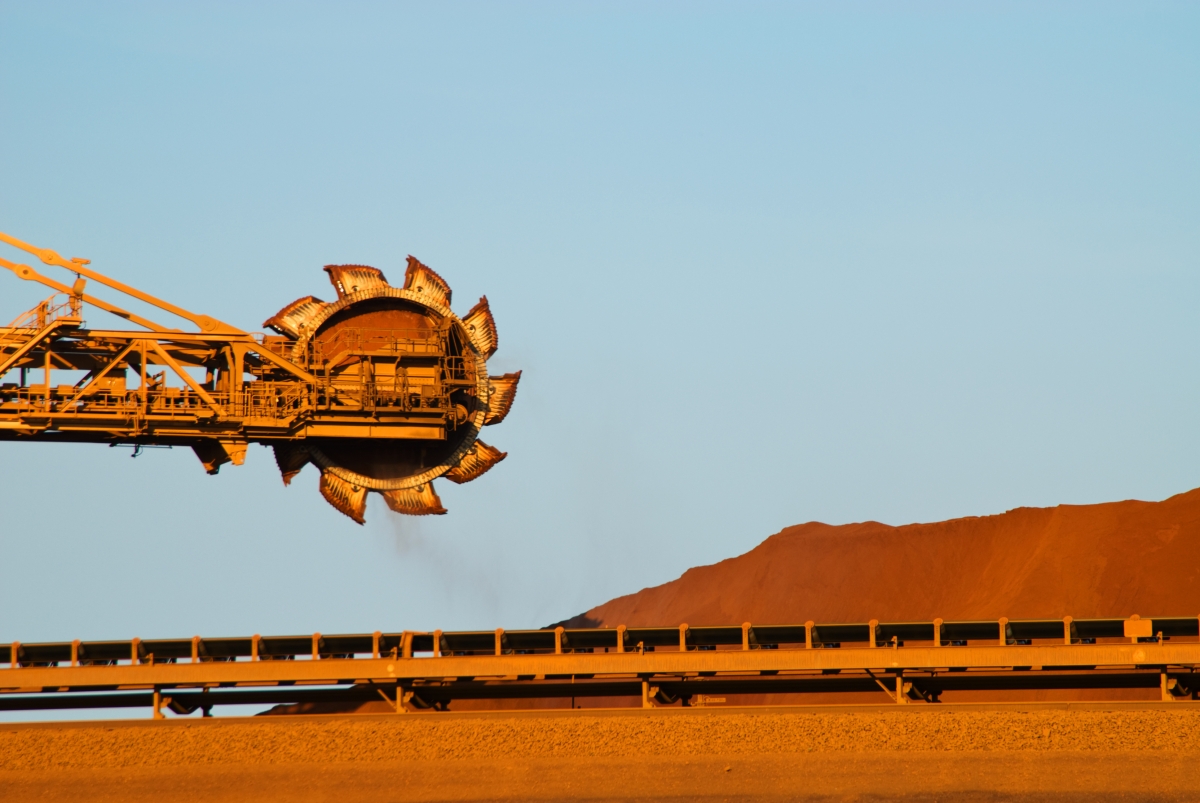 Economic engagement unquestionably gives Beijing greater weight in Canberra’s decision-making, but China’s ability to convert trade into leverage is actually quite limited, and Chinese influence competes with countless other influences on national policy, including the U.S.

The reality is that China’s ability to apply geo-economic leverage against Australia also carries significant costs for Beijing, and so, the debate about how much Australia should “decouple” from China ought to be limited to a narrow range of high-tech exports and critical infrastructure investments. Such a “small-yard, high-fence” strategy would protect selected strategic assets without losing the wider benefits gained from an important economic partner.

Economic engagement should continue. But the federal government could better harness the benefits of Australia’s commodity and people mobility-driven trade with China, and deploy public finances and regional diplomacy to help diversify Australia’s economic profile and reduce exposure to Chinese demand.

Economics is the foundation of Australia-China relations. The two countries have traded in every year since at least 1885, according to the Department of Foreign Affairs and Trade (DFAT). Even before Canberra established diplomatic relations with the People’s Republic of China in Beijing in December 1972, exports to and imports from Maoist China averaged 1.4 percent of Australia’s annual trade from 1949-50 to 1971-72.

Institutional foundations laid in the 1980s and 1990s helped Australia to capitalise on a China-driven resources boom that began in the early 2000s. China’s rapid urbanisation and investment-led growth strategy created enormous demand for Australian primary resources. This dynamic relationship continues to drive economic engagement and is widely credited with helping Australia to avoid a crippling recession during the Global Financial Crisis.

Approximately 90 percent of Australian exports to China are goods, more than 70 percent of which are rocks and metals like iron ore, coal, gold, and copper. Other major merchandise exports include agricultural products that satisfy China’s evolving consumer tastes, such as wool, beef, and barley. Australia’s main imports from China are manufacturers like furniture, computers, and telecommunications equipment. China is the single largest destination for a vast range of Australian export categories.

Services are also a fast-growing element of bilateral trade, as rising incomes in China’s increasingly consumption-based economy stimulate demand for overseas experiences. In 2017-18, Australia sold $16.9 billion worth of services to China, driven by $11.0 billion in education-related travel and $3.8 billion in personal travel by Chinese to Australia. China is Australia’s largest source of international students and tourists, with 255,896 Chinese student enrolments and 1.3 million Chinese short-term visitors in 2018, according to Tourism Research Australia and the Department of Education and Training, respectively.

Investment is a smaller yet still significant dimension of bilateral relations. By year-end 2017, according to the Australian Bureau of Statistics (ABS), Chinese entities had built a $40.7 billion stock of foreign direct investment (FDI) in Australia, while Australian entities had a $13.5 billion stock of FDI in China. China accounts for 4.8 percent of FDI in Australia, the fifth-largest foreign investor behind the U.S. (22.4 percent), Japan (10.9 percent), the UK (9.8 percent), and the Netherlands (6.3 percent). Only 2.3 percent of Australian FDI is in China. Regulatory controls in both countries have cooled FDI flows recently following earlier rapid growth.

The Issue: Is Australia too dependent on China?

China is clearly important to Australia’s economy. ABS data show that, in 2017-18, exports to China equaled 6.8 percent of GDP and two-way trade equaled 10.7 percent of GDP. Unlike in the U.S., no mainstream voice is calling for a total economic decoupling. Moreover, Australia’s trade profile means that Canberra does not share the same depth of concern as Washington about industrial policy, technology transfer, and intellectual property in China. However, some observers question whether commercial relations have gone too far.

Clive Hamilton, the most prominent Australian critic of economic engagement with China, believes that Canberra is “mesmerized by the belief that only China can guarantee our economic prosperity” and is thus “afraid to stand up to Beijing’s bullying.” This situation is thought to leave Australia vulnerable to manipulation because Beijing “habitually uses overseas trade and investment to pressure and coerce other countries into policy positions sympathetic to their strategic interests.” Ultimately, the thinking goes, Australia will “become a tribute state of the resurgent Middle Kingdom.” Hamilton is notably short on specific policy recommendations but more conventional skeptics like Peter Jennings, head of the Australian Strategic Policy Institute, have urged the federal government to “diversify economies ties” to “reduce our economic dependence on an increasingly authoritarian and assertive China.”

Beijing has used temporary trade sanctions to exert diplomatic pressure on multiple occasions over the last decade. It has frozen rare-earth exports to Japan, barred imports of Norwegian salmon and Filipino mangoes, and punished South Korean tourism, entertainment, and consumer businesses. Since early 2019, some Australian coal exports have experienced delays at Chinese ports, possibly on environmental grounds or for the benefit of local miners, but possibly as retaliation for Canberra’s toughening attitudes toward China.

Australia certainly does not want its decision-making compromised by external pressure, particularly at a time when China is becoming increasingly active in global security, especially in the South China Sea, in global economics, often via the Belt and Road Initiative, and in global technology, both through commercial actors like Huawei and state-backed cyber operations.

Yet, as National Security College head Rory Medcalf has argued, “perceptions of Australia’s vulnerability to Chinese economic pressure are exaggerated.” Beijing is highly unlikely to switch suppliers of iron ore, Australia’s major export, because it would face significant transaction costs, damaging supply interruptions, and leading to further erosion of global trust in China. More vulnerable, though, are substitutable exports, including tourism and education, that Beijing could target with visa restrictions or financial penalties in China.

Still, economic engagement does not give Beijing anything like veto-power over Australian strategic decision-making. It may be true that China is more willing to absorb economic pain in pursuit of strategic goals than Australia, but trade is a two-way street and China is hardly immune from the consequences of market interference. For example, the rare-earth standoff with Japan prompted Tokyo to find new suppliers, and Beijing’s intervention in iron ore price negotiations in 2009-10 prompted producers to move to a spot-price mechanism that cost Chinese buyers an extra USD 290 million per month in 2010-11.

Restrictions on trade and investment raise costs in the Chinese economy and invite domestic backlash, making it harder for Beijing to sustain the healthy growth that it needs to maintain popular legitimacy. Australia’s political stability, property-rights protections, and world-class education system also generate demand-side pressure from Chinese businesses, investors, and families for continued access. Generally, geoeconomic coercion elicits defensive pushback from target countries and prompts these victims to take stands against Chinese pressure and draw closer to other powers such as the U.S.

China is not nearly as influential in Australia as bilateral economics might suggest. Research shows that as commercial ties deepened, Canberra balanced this economic dependency by strengthening both its own military and its security alliance with the U.S. — by rotating U.S. Marines through Darwin, for instance. Bipartisan consensus exists on the U.S. alliance, human rights, maritime law, Huawei contracts, and the June 2018 legislation to curb “covert, coercive or corrupting” foreign interference in Australian politics. If anything, the media reporting and professional repercussions of recent scandals about Chinese influence show that Beijing is far from turning Australia into a “tribute state.”

Australia must not, of course, be naïve about China (or, for that matter, about any country). Sensitive sectors should be off-limits to trade, investment, and collaboration. These limits should be strictly enforced but should focus narrowly on critical domestic infrastructure and advanced technologies with a direct military application. Otherwise, Canberra risks shutting Australian firms out of the global ecosystem of investors, manufacturers, and customers that drives innovation. Security risks should be weighed against countervailing benefits; sometimes the risk is too great, sometimes it is not. Analysts call this approach a “small-yard, high-fence” strategy.

Critics of Australia’s economic engagement with China tend to portray the relationship as a racket run by a nefarious cabal of conspiring elites, but this depiction misses (perhaps willfully) the enormous breadth of benefits delivered by trade and investment with China. These benefits include stronger employment, lower prices, more exports, greater investment, faster innovation, productivity growth, and higher incomes. The Australia China Business Council found that two-way trade with China was already equivalent to $16,985 per Australian household back in 2013. Trade and investment are not zero-sum games; they only occur when both sides benefit.

The Future: An economic case for risk diversification

However, Australia’s economy is overly dependent on China — not for national security reasons but because of overexposure to China’s economic fortunes. Demand for Australian resources should continue, and demand for high-end produce and services increase, as China’s economy keeps expanding to become the world’s largest in around 2030, but the pace of growth is slowing and significant risks remain in its financial sector. KPMG predicts that a full-blown U.S.-China trade war would reduce Australian GDP by 0.5 percent over five years, and the International Monetary Fund estimates that a “disorderly rebalancing” in China could shave 0.4 percent off Australian GDP. Global trade tensions and a slowing Chinese economy are already hurting Australian growth.

Australia’s economic engagement with China should continue, but Canberra should seek to reduce the country’s reliance on China. Diversification will be difficult, though, as this means shifting the incentives of firms who would more naturally transact with China. But more dedicated export financing could encourage Australian producers to trade and invest in new markets. And economic diplomacy with Japan, India, South Korea, and ASEAN states could increase Australia’s competitiveness by raising standards in trade pacts like the Regional Comprehensive Economic Partnership and the surviving Trans-Pacific Partnership.

Risk diversification would make sense even if China were an ally, and so associated policies ought to be framed in terms of commerce, not geopolitics. Australia must not lose sight of the geopolitical benefits of doing business with China. Bilateral interdependencies help motivate Beijing to uphold international security and act multilaterally to address global challenges like climate change, nuclear proliferation, disease pandemics, and organized crime. Decoupling from China would eliminate Australia’s ability to engage with China on these issues and undermine the rules-based order on which Australia’s prosperity depends.

The Solutions: Policy recommendations for economic engagement with China

Economic engagement unquestionably gives Beijing greater weight in Canberra’s decision-making, but China’s ability to convert trade into leverage is actually quite limited, and Chinese influence competes with countless other influences on national policy, including the U.S. Australia can afford to continue its commercial relations with China while still countering illicit political interference and upholding rules-based global order.

Whether one likes China or not, the country plays a pivotal role in Australia’s economic fortunes. Canberra need not get sentimental about this relationship —national interests explain most international relations — but a hard-nosed China strategy must recognise the benefits that accrue from trade and investment. The 2018 Lowy Institute Poll found that 81 percent of Australians believe “it is possible for Australia to have a good relationship with China and a good relationship with the United States ...” So, such a policy would likely be a vote-winner too.

Neil Thomas is a Research Associate at MacroPolo, the in-house think tank of the Paulson Institute in Chicago, where his work focuses on Chinese politics, U.S.-China relations, and the global economy. The views expressed in this article are solely those of the author and do not necessarily reflect the views of the Paulson Institute.

This article also appeared in The Australian on 02/07/19.