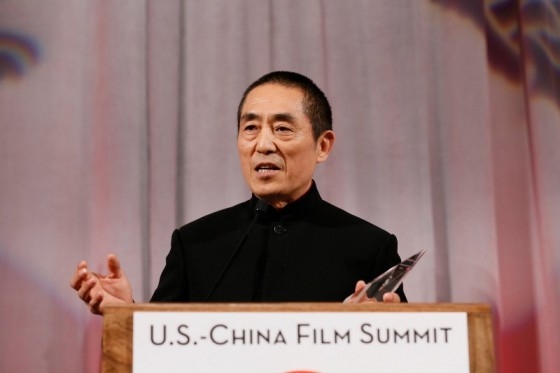 NEW YORK, October 7, 2016 – Acclaimed Chinese film director Zhang Yimou has been named a 2016 Asia Game Changer “for changing the landscape of film in China,” the Asia Society announced. The award recognizes those making a transformative and positive difference for the future of Asia and the world. Asia Society will honor Zhang and eight Asia Game Changers previously announced in September at the United Nations in New York on October 27, 2016.

Born soon after China’s civil war to a family who supported the losing Nationalist side, Zhang was brought up in an atmosphere of extreme hardship and political struggle.

Nevertheless, he wasted no time in pursuing his passion for film. Exiled to labor camps in remote regions as a teenager during the Cultural Revolution, he sold his own blood so he could buy his first still camera.

After China’s political turmoil eased in 1978, Zhang took his portfolio to the Ministry of Culture and arranged admission to the Beijing Film Academy despite being well over the age limit. His 1987 debut film Red Sorghum was released to major domestic and international acclaim. Film critic Roger Ebert praised the “fairy-tale quality” imagery, noting that it had a strength in its simplicity that “Hollywood in its sophistication has lost.”

But Zhang’s films were as important for their substance as for their style. His films shattered many taboos in China. Films like To Live, Raise the Red Lantern, and Hero portray sexuality on screen, challenge traditional patriarchal attitudes, and tackle sensitive issues related to China’s legal system and the Cultural Revolution.

Zhang’s rise has allowed him to marry seemingly unthinkable divides by boldly challenging convention, while still earning mainstream accolades. He is a filmmaker who has had a film banned in China, yet he was later tapped to direct the spectacular opening ceremony of the 2008 Beijing Olympics. There, he dazzled some 2 billion viewers.

“In one evening of visual and emotional splendor, he educated, enlightened and entertained us all,” Steven Spielberg said. “In doing so, Zhang secured himself a place in world history.”