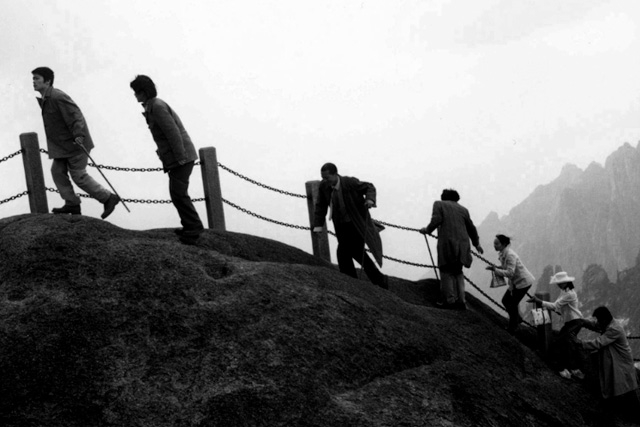 In 2003, Yang Fudong produced the first part of his now seminal, five-part film, Seven Intellectuals in a Bamboo Forest. One part of the film was created each year (in sequential order), and the entire work was finished in 2007. The work has no clear narrative, although each part takes place in a different setting. Some parts take place in a rural environment, while others are set in cities. The film poses questions about the dissonance between men and women, individuals and society, the past and present, and reality and an ideal world.

Each part was originally shot in 35mm film, which was then transferred to DVD. Yang prefers to shoot in film, as opposed to digital video, as he believes that film retains a strong sense of the artist’s touch, which digital videos often lack. The five parts differ in length, ranging from approximately thirty to seventy minutes; the total running time amounts to about four hours.

Seven Intellectuals in a Bamboo Forest was first screened at the 2007 Venice Biennale and received high praise. The Asia Society exhibition is the first presentation of the complete five-part work in a U.S. museum, and the work is a promised gift to Asia Society’s Contemporary Art Collection.

Visit the website for Seven Intellectuals in a Bamboo Forest.