A World of Children's Literature 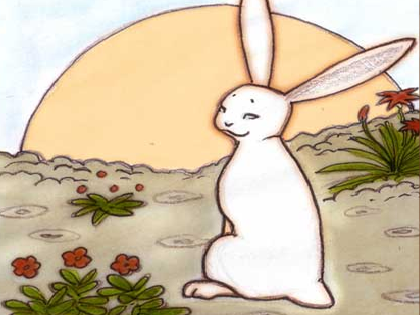 When it comes to enhancing students' cultural understanding, text books and lecture series only go so far. But two websites are attempting to challenge that norm by promoting international literature as a way for students to connect with the world.

"In our past as teachers we relied a lot on expository texts when trying to explore the world," admitted Lisa Thomas, project specialist at the Van Horne School of Global Inquiry, at the Asia Society's Partnership for Global Learning conference, held in July. "But we have found in our work is that narratives open the world for children in ways expository texts simply do not."

"What we’ve found is that if they're engaged in reading texts that are authentic representations of other cultures, they understand those cultures in way that expository texts really don’t help them to understand," she said.

The International Children's Digital Library has nearly 4,000 digitized books in 54 different languages from 63 countries across the globe, including some as far-reaching as Zimbabwe, Mongolia and Iran. All the books are available to read on the Web site cover-to-cover, free of charge.

ICDL was the brainchild of an interdisciplinary research team at the University of Maryland, and it eventually spiraled into a non-profit organization whose main project is expanding the digital library.

Accessing books from other countries that were never before available in English opens a door to a whole new world, Anne Rose, faculty researcher at ICDL, said at the conference.

Librarians can use the site during story time to expand their international collection. "Sometimes they bring in people who are native of the country they have chosen the book from as a way to expose children to books they don't have in their library," said Rose.

In addition, teachers can use ICDL in their language courses to supplement textbook teaching. "We have several bilingual books that would be good candidates for teaching other languages," she said, adding that books in languages commonly taught in U.S. schools, such as Spanish and French, prove a great resource for teachers.

World of Words is another Web site aiming to increase cultural understanding in children. The site is a part of the International Collection of Children's and Adolescent Literature, a project at the University of Arizona that houses one of the most expansive children's libraries in the world.

While the books are not available to read online, the site allows students and teachers to browse books that are set in hundreds of different countries.

In the last 10 years the publication of international books has exploded due to publishers releasing translated versions of books originally published in other countries; immigrants coming to the U.S. and telling their stories themselves or through social workers; and people spending a significant amount of time abroad because of their jobs or volunteer work.

While literature from countries outside the U.S. is growing in availability, Thomas cautioned that it can be a challenge for teachers to make sure it is culturally authentic. WOW's site evaluates each text to ensure it is an accurate reflection of the country and also provides supplemental book recommendations.

"We do our best to utilize this kind of literature to help children build a deep understanding and build this empathy that’s really necessary for a true connection o people in a other culture," said Edwards.

In the last 10 years, the publication of international literature has exploded due to the translation of books, increased immigration, and volunteering abroad. Here are some examples of the different types of stories available:

Waiting for Mama, by Tae-Jun Lee
The Diary of Ma Yan, by Pierre Haski

Immigrants coming to the U.S. and telling their stories once they become proficient in English or through social workers that have been helping them:

People spending a significant amount of time in other countries because of their jobs or volunteer work:

How have you use international literature in your classroom? How do you fit it school/district/state standards and assessments?

What are some of the benefits of using international literature in your classroom?