The World of Buddhism | Asia Society Skip to main content

The World of Buddhism 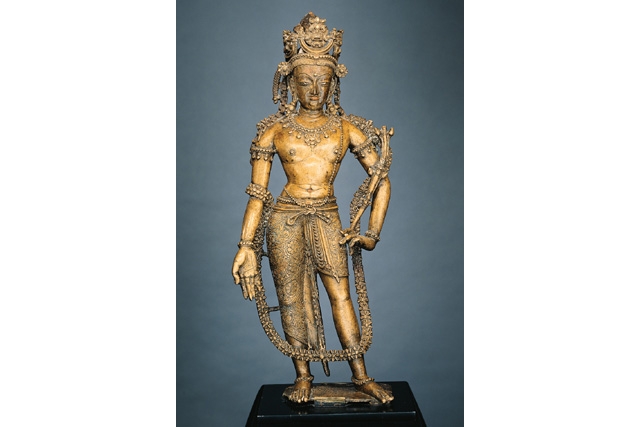 The ancient trade routes running through Asia were the main arteries of communication and transport for international travelers. Along these routes, Buddhism and Buddhist artistic influences from various areas of India, the homeland of Buddhism, spread to the Himalayas, Southeast Asia, and East Asia at different times and in varying degrees of intensity. Each wave of influence had its own specific elements that underwent a process of adaptation, adjustment, and reinterpretation by the genius of a particular area, resulting in images with pronounced ethnic and stylistic variations. Yet the commonalities among the works of Buddhist art in the Asia Society's collection, particularly their shared recognizable features and visible expressions of spiritual accomplishment, highlight the unifying role played by this Indian religion.