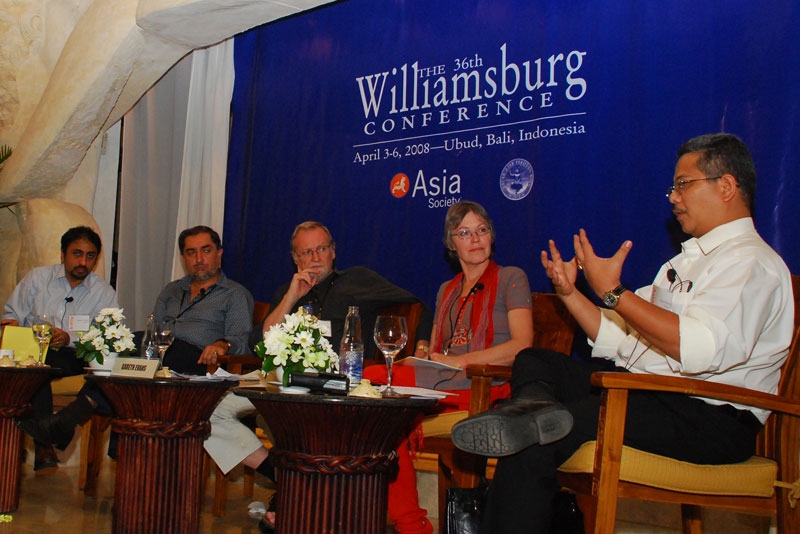 The 36th Williamsburg Conference from April 3 - 6, 2008 was co-hosted by the Asia   Society and the Centre for Strategic and International Studies (CSIS) in Indonesia.

The conference focused primarily on the role of Islam in multicultural Asia, the challenges of Islamic radicalism and extremism in Asia, the changing U.S. role in Asia and the implications of the 2008 U.S. presidential election for Asia.