Over 400 million people in India currently have access to the Internet, and the number of Indian Internet users is expected to double by 2025, according to a recent report from Cisco’s Visual Networking Index. Largely driving this technological revolution are inexpensive smart phone technologies and mobile data. The rapid adoption of smartphone technologies throughout the country is reshaping India’s economy, political landscape, and social fabric, and in the process, redefining India’s role on the global stage.

The Asia Society Policy Institute is pleased to host its first AsiaX event featuring Ravi Agrawal, a Peabody Award-winning journalist and Asia Society Asia21 Young Leader who currently serves as CNN’s Bureau Chief in New Delhi. Mr. Agrawal will speak on India’s technology revolution and how the emergence of the internet, smart phones, and a digital society are transforming the world’s largest democracy.

The event will launch the Asia Society Policy Institute's AsiaX speaker series and networking event for Asia policy professionals and young executives. AsiaX is focused on bringing fresh ideas from up-and-coming stars from the Asian region to the Washington D.C. policy debate. These private, invitation-only events bring together young leaders from across the government, business, and policy communities to engage in dialogue on emerging trends and issues that are re-shaping Asia and the U.S. role in the region. 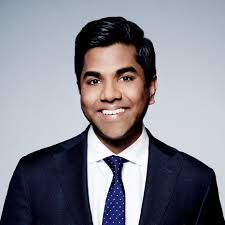 Ravi Agrawal assumed his position as CNN International’s New Delhi bureau chief in 2014. Previously, he served in New York as the senior producer of CNN’s flagship program on world affairs, "Fareed Zakaria GPS". During his time with the program, the show won its first Peabody Award and garnered three Emmy nominations. Mr. Agrawal began his CNN career in London in 2006, after earning a Bachelor’s degree from Harvard University, where he worked for The Harvard Crimson. In 2013, the World Economic Forum named Mr. Agrawal a Young Global Shaper, and in 2016, the Asia Society named him an Asia 21 Young Leader.