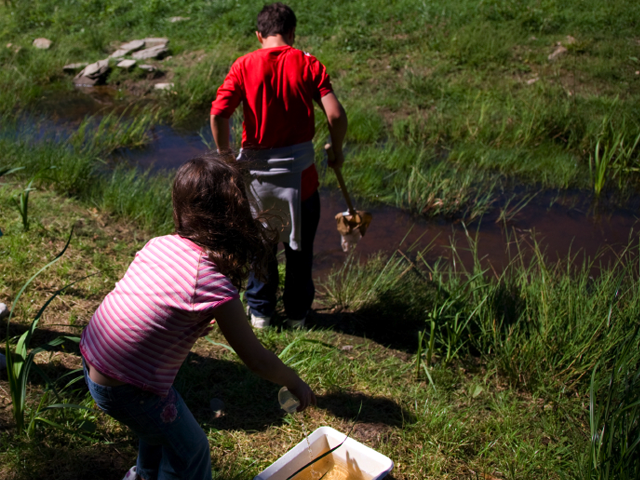 Evelyn Williams knows the power of using role-play with her students: When she runs into students 20 years after they were in her classroom, they still reminisce about her interactive lessons.

Take that tool to teach about the global environment, and students won’t just be more engaged with the material, they’ll think about it “long after they leave your classroom,” says Williams, supervisor of secondary social studies for Washington County (Maryland) Public Schools. “When they hear it in the news, they’ll think ‘wait a minute, we talked about that.’”

Role-playing also helps students with communication skills, outside-the-box thinking, and synthesizing and analyzing ideas. “It hangs with them for a long time and it’s a very effective way to get them engaged,” says Williams, who lectured on global environmental curriculum and lessons offered by the Choices Program, part of the Watson Institute for International Studies at Brown University. The goal of Choices is to boost international studies in high schools.

Break students into groups of four, representing four regions of the world: Industrialized nations (such as the United States), newly industrialized nations (China), former Soviet bloc countries (Poland, Estonia), and less-developed countries (many African and South and Central American countries). Have them examine the environmental concerns of their region, through readings and research, and come up with a presentation about the relevant environmental problems and issues. For example, the group representing industrialized countries might discuss the need to look for renewable sources of energy. Once they’ve finished giving their presentations, they analyze the points of view of each region.

You want students to really embrace the perspective of their group and encourage them to let go of the U.S. perspective for the task. “They have to be that newly industrialized nation. They can’t think like an American,” Williams says. “To get them to do that is very important.”

The lesson can be a launch pad to discussions of other issues, such as the U.S. policy on the Kyoto Protocol, and easily can be modified to fit different classroom needs, Williams says. Teachers might arrange chats between their students and students from other countries, like India or China, to get other perspectives on U.S. environmental policy and its global actions. Students also can research other countries and their pollution statistics and environmental policies.

“It lends itself to good discussions,” Williams says.

Another way to advance your students presentation and debate skills is a role-play lesson that asks them to take on a specific environmental policy viewpoint. Your students can choose from four options: put the economy first, take the lead in the green economy, promote sustainable development, or protect mother Earth. Mix it up by asking a student to take a viewpoint they would normally oppose, Williams says.

Each group gets a handout for their option with talking points and arguments for and against their position. Teachers also can have students research these instead if the lesson extends for a few days. Students within the groups get a role, such as economist (who has to explain why their option is the best economically) and scientist (who explains why it’s the best solution to environmental problems), and the group gives their persuasive argument. With a large class, Williams suggests that some students play the role of presidential advisors who listen to the presentations.

When they’re finished, the groups engage in debate over who has the best policy and why the other policies would fail. One group might argue that developing and promoting green technology will strengthen the U.S. economy, and another group could counter that developing nations would get left behind if there was a race to develop environmentally friendly products.

Combining the role play with a debate helps deepen student understanding, and opens their minds to an idea they didn’t consider before, Williams says. When doing the lessons on the environment, it’s key to expand on the ideas and have students do research and come up with their own.

“Some of them get really fired up,” she says.

How much time to do you spend teaching the global environment? With all the demands for testing, is there room in your curriculum for these types of lessons?