Is the U.S. Heading Back to the TPP? Not So Fast | Asia Society Skip to main content

Is the U.S. Heading Back to the TPP? Not So Fast 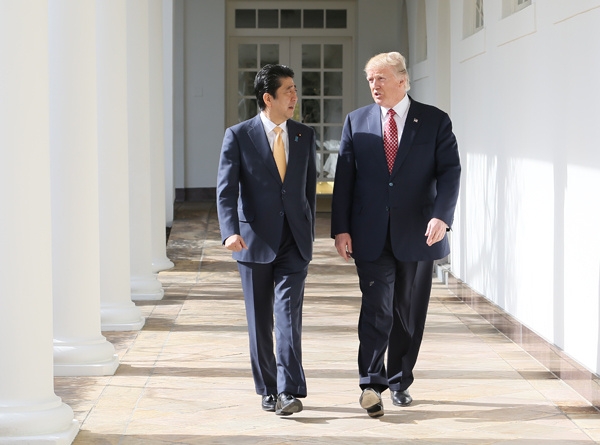 ASPI Vice President Wendy Cutler wrote an op-ed about the possibility of the U.S. rejoining the Trans-Pacific Partnership (TPP). The following is an excerpt from the article, which was originally published in the Nikkei Asian Review.

A year after officially withdrawing from the Trans-Pacific Partnership, U.S. President Donald Trump now says he would reconsider a "substantially better deal." At Davos, Trump told an audience of business leaders that he "would consider negotiating with the rest either individually or perhaps as a group if it is in the interests of all."

These comments have left the 11 remaining countries of this Pacific Rim trade agreement scratching their heads. Is Trump serious? What caused this shift? Might the U.S. actually return to this agreement? And if so, on what terms and timetable?

Having served four presidents at the Office of the U.S. Trade Representative, I have witnessed positions evolve once a new administration enters the White House. Trade issues are tough and complex. What helps one industry may hurt another. Trade negotiations take time. And, America's trading partners do not stand still while the U.S. reassess its strategy.

I suspect all of these realities are setting in for the Trump administration, making TPP an increasingly attractive option.

As the Trump team shapes its trade policy toward China, it is easy to conclude what has not worked, but far more difficult to craft an effective policy without serious downsides. While the administration has broadcast its preference for negotiating "fair and reciprocal" bilateral deals, so far there are no takers. The ambitious timeline set for the renegotiations of the North American Free Trade Agreement is slipping and some speculate the talks may go into next year. And, as a recent Asia Society Policy Institute report notes, trade negotiators across the Asia-Pacific region have been busy over the past year, concluding and launching their own deals without the U.S. Most notably, the 11 remaining members of TPP reached an agreement last week in Tokyo, ironically on the very day of the one year anniversary of U.S. exit from TPP.