Presenting the Class of 2016 | Asia Society Skip to main content

Presenting the Class of 2016 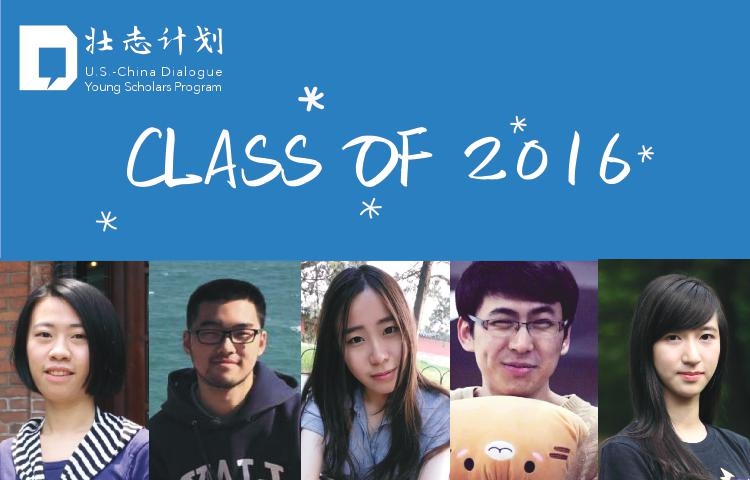 “Everyday life is complicated, communities are diverse, and the purpose, then, of public welfare is to take those who are easily ignored by society and connect them with each other.

During my time at NGOCN, I closely followed the process of the “Anti-Domestic Violence Law,” from being put on the legislative agenda, to being drafted, then scheduled for formal hearings all the way as it made it through deliberations. As a result, I have personally seen how the issues of domestic violence suffered by women, children, and the elderly entered the public sphere. Now, when domestic violence occurs, the community, non-profit organizations, corporations, schools, and law enforcement agencies can be mobilized, and every community’s domestic violence issues can be effectively stopped. Through the power of daily work and step-by-step change, the situation has improved for all of society.

Change needs to happen in small steps, day by day - only the cumulative effects of these small changes will push forward progress in our society.”

Chen Shihuan is a recent graduate of Sun Yat-sen University where she double majored in Chinese Language and Literature, and Sociology. She was a volunteer for the Feminist Spring Society, where she gathered oral histories and conducted interviews on the sexual and reproductive health of middle-aged women. Her observations led her, together with other volunteers, to write and put on a play to educate the public about domestic violence. She is interested in using the arts to create conversations about gender equality and domestic violence, as well as to help marginalized groups in Chinese society.

“Merely informing people about levels of air pollution in their area in the end will only make them numb to the numbers on their phone. Any information on air pollution levels people receive will barely make it beyond friendly conversation in their office cubicles, making it difficult to move them to contemplate the issues or to take action. However, through efficient modes of delivering information, more widespread and effective collaboration can be formed. As a result, our team decided to take the publishing of air pollution data one step further. By collecting Big Data we can compile what was originally personal information and create a website rich in information. Through a cloud-based platform we can then publish every person’s data.

By partnering with corporations and environmental protection groups we were able to promote cooperation and get more city residents to sign up for our air pollution monitoring system.

In addition, people’s actions influenced those around them. When we looked at the map of Changsha, individual monitoring spots appeared on the map and then spread across the whole city one-by-one. Suddenly all these spots shared their information and drove others to share their air pollution measurements as well, spreading across the map like a wave. It is through their own initiative that they drew attention to air pollution.”

Dai Gaole is a recent graduate of Yali High School in Hunan, China and will be joining the Class of 2020 at Yale University this fall. He ranked among the top 10 in the China Think Big competition, an innovation challenge run by Harvard University. His team developed a portable sensor capable of measuring levels of PM2.5, particularly dangerous air pollutants. The device connects to smartphones, and he is currently using it to crowd-source information in Changsha in order to map pollution levels in different parts of the city. He is interested in finding ways to leverage technology to address environmental problems.

“Public Service 1.0 was derived from a sense of moral obligation. Public Service 2.0 involved a transparent and equal exchange between people. But, Public Service 3.0 is defined by the increased global interconnectivity brought by the internet, as people have greater demands for the accessibility of NGOs. However, the “sharing economy” derived from the internet is currently being developed into another version of Public Service 3.0. As the ownership economy gives way to an era where people only purchase the rights to use products, we can revitalize a large already existing market, and exponentially increase our use of untapped resources to meet the demands of the people.”

Li Yingyu is a junior at the University of International Business and Economics. She has interned at Didi Chuxing, a Chinese ride-sharing app; Accenture, an international business management consultancy; as well as at the China Foundation for Poverty Alleviation. She provided consulting services for a number of Chinese NGOs through A Better Community (ABC), an organization that brings skills from industry professionals to mainland Chinese NGOs. She also contributed research and writing to several reports on the state of volunteerism and fundraising in China. She is interested in finding ways to strengthen philanthropy in China.

“We often separate people into different social groups based on standards like profession, gender, and income, but this actually ignores that any two groups’ commonalities are larger than their differences. Every person’s hopes and dreams for the future include similar expectations in terms of happiness, equality, and freedom. The differences only appear in the ways we choose to pursue these goals. In fact, we are all incredibly similar people. If we sit back and look at it from this vantage point, then, we hope, there wouldn’t be as much discrimination, misunderstanding, and prejudice against smaller social groups.”

Ma Xing is a recent graduate of the School of Journalism and Communication at Renmin University of China. He supervised volunteers for the “Youth Ambassador Program for Minorities” at the TECC Association (Technology & Education Connecting Cultures). He also co-founded a social enterprise called “Folk Art Speaks,” which aims to preserve the heritage and handicraft traditions of Chinese minority groups. Xing brings a keen interest in the issues faced by minority groups to the program.

“[When I was teaching, I discovered that these children] don’t even have a preschool education, toys to play with, or any close friends. They are passively forced into this one way of life, and unconsciously repeat the lives of their parents’ generation. I wasted more than 10 years of my life before becoming aware of this horrifying sense of confinement. I hope to be able to help children from early childhood on to change their attitude towards life.

Bamboo is everywhere in the rural villages of Guangdong province, such as Qingyuan or Heyuan. Its rigid and unbending stems symbolize the unchanging way of life led in these villages. Our hope is that we can guide rural children to rely on their own strength to break through the confines of their society, and to become mentally and physically self-sufficient. Our studio’s core philosophy is “teaching through having fun.” We design, produce, promote, and sell educational toys, as well as develop lesson plans that integrate these toys. Through the use of familiar tools like toys, we hope to spread important lessons to rural children, cultivate their interests in the arts and physical education, and allow them to see other possibilities in life.”

Zhuo Yaqin is a sophomore at Guangdong University of Foreign Studies where she studies at the School of Finance. She worked at an organization that offers educational services to rural Chinese youth. There, she managed volunteer teachers, designed curricula, and taught lessons on sexual and reproductive health, as well as general education classes. She also started her own program where she uses toys to foster an interest in physical education and the arts in children. She is inspired by the potential education holds for improving the livelihood of rural communities.

Currently, higher education in China focuses on professional skills, leaving many students craving a higher degree of civic engagement, more opportunities for involvement in wider societal issues, and a deeper understanding of different cultures and people. In response to this need, the U.S.-China Dialogue Young Scholars Program brings outstanding Chinese college students to the U.S. for a month of immersion in the many spheres of American public life. The students are then able to make meaningful contributions to the improvement of their communities, society, and the wider world.

In the two years since its inception, the program has received over 2,300 applications and the acceptance rate has remained below 1%. Applicants are evaluated by three readers based on the core qualities of a strong sense of social responsibility, open-mindedness, and creativity. If at least two out of three readers give positive reviews, the application will then go on to the second round, where our panel of judges conduct a language interview over the phone to test the candidate’s English proficiency. Finally, we get to know our applicants through an in person interview in China or via video conferencing before we deliberate and choose our class.

What Will They Be Doing?

The scholars participate in the work of the Asia Society’s Center on U.S.-China Relations in New York City and are intensively mentored by leaders in the fields of philanthropy, education, journalism, and entrepreneurship. In addition, they visit charities; philanthropic enterprises; cultural, religious, and educational institutions; and other nonprofits and for-profit companies engaged in an area with social impact. The scholars’ observations are discussed, synthesized, and applied in regular meetings called “Innovation Hubs,” where they are expected to devise and develop their own social innovation projects.

Below are some highlights of this year’s Young Scholars’ itinerary, which also includes visits to Washington, D.C. and Boston:

Yale-China Association: At Yale, the Young Scholars will speak to Leslie Stone, Director for Hong Kong and Education at the Yale-China Association. They will learn about the long history of Yale in China and its role in bringing liberal arts to Asia. In addition, they will discuss the transformative power of a liberal arts education with Head of College Richard Schottenfeld.

P-Tech in Brooklyn: “Pathways in Technology Early College High School” is a 9-14 high school program formed as a public-private partnership between IBM, the New York City Department of Education, and the City University of New York. The Young Scholars will meet with school and program leaders to discuss the development of this innovative education initiative.

Clinton Foundation: The Young Scholars will learn about the work of the Clinton Climate Initiative and the importance of cross-sector strategic partnerships in tackling global climate change while maintaining economic growth. They will meet with Senior Policy Manager Jesse Gerstin and Leslie Labruto, Director for the Islands Energy Program.

Brooklyn Borough Hall: The Young Scholars will visit the Office of the Brooklyn Borough President to discuss Brooklyn’s sister city agreement with Beijing’s Chaoyang District. The agreement is important to the borough, which is home to the largest community of Mandarin speakers in the United States. The Young Scholars will also see government community development initiatives in action.

Grand Central Tech: Co-Founder Charles Bonello and several entrepreneurs housed in the 2-year-old accelerator will share their thoughts on what it takes to survive in the competitive world of start-ups.

Pulitzer Center on Crisis Reporting: At the Pulitzer Center, the Young Scholars will learn about international reporting projects and the role of NGOs in the changing landscape of journalism. Veteran journalist and Pulitzer Senior Editor Tom Hundley will discuss his experience as a foreign correspondent.

Teach For All: The Young Scholars will meet with Jennifer Brenneman, Senior Director for Leadership, to discuss the evolution of Teach For China. In addition, they will discuss how Teach For All leverages its global network of partners to share and localize best practices for tackling educational inequity.

Henry Luce Foundation: The Young Scholars will meet with Li Ling, Program Director for Luce Scholars, to discuss the institution's history and impact, in particular its
renowned Luce Scholars Program. They will also network with former Luce Scholars based in New York.