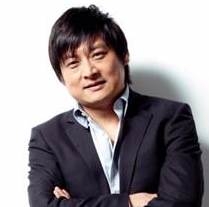 Born in 1967 in Beijing, Zhang Yang has long been a groundbreaking independent filmmaker. His low-budget 1997 directorial and screenwriting debut, Spicy Love Soup, was among the very first contemporary Beijing romances to succeed at the domestic box office. The film was screened at the Tokyo International Film Festival, heralding the arrival on the world stage of movies about modern-day China. His honest portrayals of Chinese life and his realistic style won him acclaim in China and abroad for his 1999 independent production Shower, followed with Quitting (2001), and the dark comedy Getting Home (2007). More recently, Zhang’s thought-provoking Soul on a String (2016) was nominated for Best Adapted Screenplay at the Golden Horse Awards. His stories, drawn often from real events, resonate deeply because of his sensitivity, humanity and cinematic genius.

Zhang continues to help shape the world’s understanding of China and China’s understanding of itself. In 2015, the Museum of Modern Art in New York screened Paths of the Soul, his Tibetan-language film about spiritual and redemptive pilgrimage.