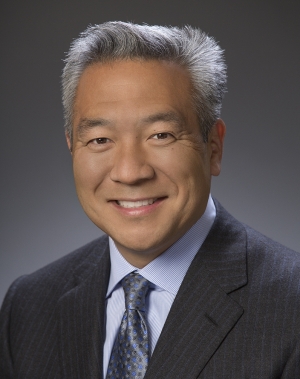 Kevin Tsujihara has guided one of Hollywood’s most storied studios into the digital age, expanded its footprint worldwide and produced a globally diverse content portfolio, not to mention record profits. Due to his broad vision, Warner Bros. has reached notable milestones in 2018 with two China related box-office hits. Crazy Rich Asians, the first major studio film in 25 years to feature a predominantly Asian cast, marked a cultural watershed for Asian-American and Asian talent. The impact is bound to grow after Crazy Rich Asians opens in China next month. The second film, The Meg, has surpassed $500 million in global box-office receipts, making it by far the most successful U.S.-China co-production ever. And, these bets – on inclusion and cross-border collaboration – are laying the groundwork for new franchises to add to Warner Bros.’ stable of favorites, from Harry Potter to DC Comics Super Heroes. When he became CEO in 2013, Tsujihara identified DC as a priority, and today, DC characters and stories drive every business in which the studio operates. Two DC-based films, Justice League and Wonder Woman, contributed more than $1.4 billion of Warner Bros.’ $5+ billion in global box-office receipts in 2017. Under Tsujihara’s leadership, Warner Bros. is the only studio with leading positions in film, television and videogames, as well as highly successful home entertainment and consumer products divisions. A 24-year Warner Bros. veteran, Tsujihara previously was President of Warner Bros. Home Entertainment, where he helped lead the company through the first digital transition and invested in the games business. Tsujihara sits on the MPAA Board; the Board of LA 2028, the Olympics organizing committee; and the USC School of Cinematic Arts Board of Councilors, among others. He is a member of the Academy of Motion Picture Arts and Sciences.