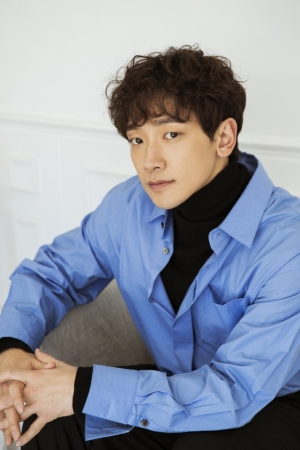 Jung Ji-Hoon (aka The Rain)

The Rain’s acting career began in 2003, when he won the KBS Best New Actor award for his role in the drama Sang Doo! Let’s Go To School. In 2004, The Rain won the KBS Excellence in Acting (Best Actor) award for his role in the drama Full House. After starring in A Love To Kill in 2010, The Rain starred in the Korean TV drama The Fugitive: Plan B (2010) and My Lovely Girl (2014) and is now featured on the TV series Please Come Back, Mister (2016). His ﬁrst Korean ﬁlm, I’m a Cyborg, But That’s OK (2006), won the Alfred Bauer Prize at the Berlin International Film Festival. The Rain has acted in American ﬁlms Speed Racer (2008) and Ninja Assassin (2009), the latter of which made him the ﬁrst Korean to win an MTV award. He has also acted in another Korean ﬁlm, R2B: Return to Base that was released in August 2012. In 2014, The Rain starred alongside Bruce Willis in the ﬁlm The Prince, an American gangster thriller ﬁlm directed by Brian A. Miller, and For Love or Money, a romance ﬁlm directed by GAO Xixi, which was The Rain’s Chinese ﬁlm debut.

He is also a proliﬁc international star in music. His music career includes seven albums and 28 singles. He achieved breakthrough success with his third Korean album, It’s Raining, which launched his No. 1 single of the same name. The album sold a million copies across Asia.