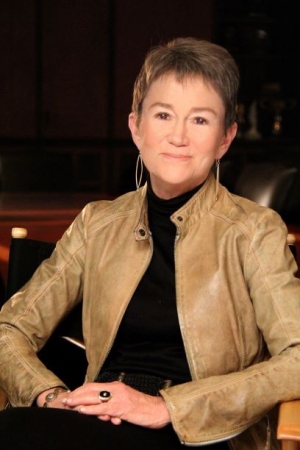 Elizabeth M. Daley has led the USC School of Cinematic Arts since 1991 and is the inaugural holder of the Steven J. Ross/Time Warner Dean’s Chair. She has built the world’s premier film school through a commitment to diversity and global education. Under Daley, SCA has added three divisions: Animation & Digital Arts, Interactive Media & Games, and Media Arts + Practice; established a think tank focused on the impact of new technologies; built the Robert Zemeckis Center for Digital Arts and created 31 endowed faculty positions. Daley has strengthened SCA’s international profile by expanding academic programs, including the addition of cutting-edge research labs; building a new, state-of-the-art campus, and strengthening collaborations with industry partners. More than a decade ago, she began forming partnerships with Chinese universities. Currently, SCA faculty run summer workshops and teach screenwriting at Shanghai Tech, and organize annual seminars in Beijing at the Cheung Kong Graduate School of Business. Daley has opened SCA to more foreign students, over half of whom are from China, Hong Kong and Taiwan. Among the consulting initiatives she has launched in six countries, SCA’s Interactive Media & Games Division offers annual workshops for senior game producers at Chinese gaming giant Tencent. Before USC, Daley served as director of the film and television subsidiary of the Mark Taper Forum, and prior to that was a producer for MGM/Television. She earned her Ph.D. from the University of Wisconsin, MA from Tulane University and BA from Newcomb College.