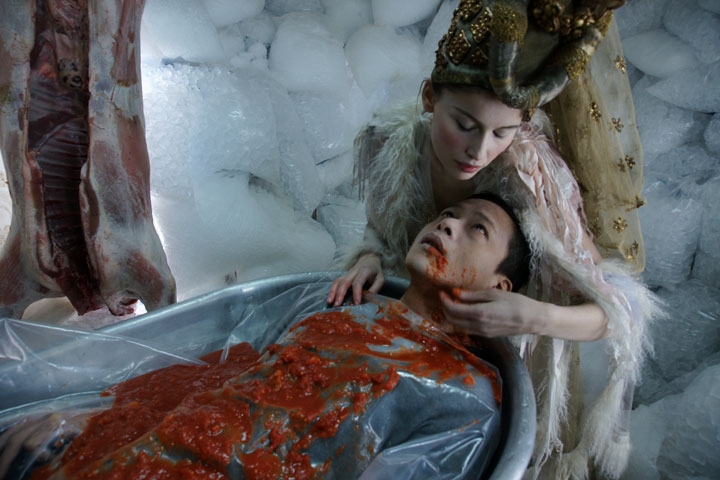 During discussions conducted by series curator La Frances Hui, Senior Program Officer of Cultural Programs, Asia Society, the director explained how the commission by the Musée du Louvre provided him with an opportunity to pair his favorite actor, Lee, with the legendary French actor Jean-Pierre Léaud. The similarities between Tsai's long-term collaboration with Lee and French New Wave auteur François Truffaut's collaboration with Léaud provide a striking parallel. The director described how capturing the changes on actors' faces over time gave him the inspiration to make films.

Watch the video above to view Face excerpts and Tsai Ming Liang's remarks.

Face by Tsai Ming-Liang has been commissioned and coproduced by the Musée du Louvre as opus 1 of the new series "The Louvre Invites Filmmakers." The preview screening at the Asia Society was co-presented with the International Council of the Louvre.