Tsai Ming-Liang on the Difficulty of Sex and Relationships 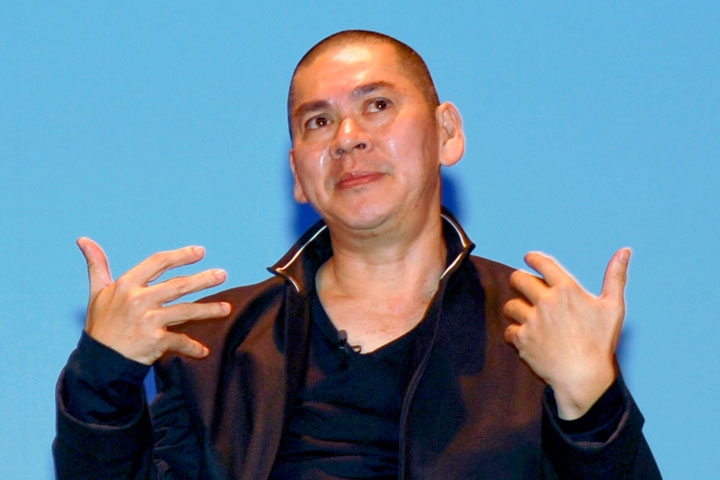 NEW YORK, November 15, 2009 — Malaysian-born, Taiwan-based filmmaker Tsai Ming-Liang and his long-term collaborator, actor Lee Kang-Sheng, met with the audience at the Asia Society New York for the Faces of Tsai Ming-Liang film series (November 13-21, 2009). During an on-stage discussion conducted by series curator La Frances Hui, Senior Program Officer of Cultural Programs, Asia Society, the director explained how his cinematic treatment of sex reflected the difficulty of sex in real life. In his films, he constantly experiments with the distance between people in an attempt to explore the delicate subject of human relationships.

Watch the video above to see the discussion, or read the transcript below.

H: You said you didn't care when people were not talking to you but in your films, your characters are actually always trying to connect with somebody—following someone, or trying to make contact—but they just don't seem to be able to connect.

T: I prefer some distance. I don't decide what the best distance is—how two people can get close and not feel uncomfortable. My films treat human relationships like an experiment. There's no real conclusion. They are always experimenting, experimenting with that distance. For example, when I deal with family relationships, it's close to my personal experience. When I am home, I feel that everyone looks uncomfortable. But when I leave home, I begin to miss everyone. So I feel puzzled about human and romantic relationships. I have a strange treatment, which is to make the distance very big in the beginning and then start experimenting from that point. Or I might completely destroy a family in order to begin to discuss what families mean. That's the only way to begin to discuss families.

If you look at real life, sex is difficult. All human relationships are difficult. Sex is even more so, due to its private nature. It's raw and naked. Often times, the timing is wrong. Or else, the position is wrong. Unless it's the kind of passionate love experienced in the beginning of a relationship, or else it's just not the same afterwards. Nowadays, human and sexual relationships are even more complex, with one-night stand, etc. It's rarely joyful. I want to return to the core reality of life.