The Story Behind the Artwork With Ghiora Aharoni

Artist Ghiora Aharoni was kind enough to take us behind the scenes of production for one of his works on view during the Triennial. Thank God for Making Me a Woman, III, exemplifies the artist’s multifaceted practice. He utilizes found, often culturally specific artifacts, sacred texts, and languages to reveal and challenge patriarchal notions of gender and religion. His work often juxtaposes objects from seemingly disparate cultures as a means to provoke dialogue.

Watch to see how an Indian garment, a modified Orthodox Jewish prayer, hybrid texts, and Christian, Jewish, and Islamic religious jewelry come together to create an expression of feminine vitality that transcends cultures.

Ghiora Aharoni's work is on view now in Part 1 of We Do Not Dream Alone. Book your free timed-entry ticket here. 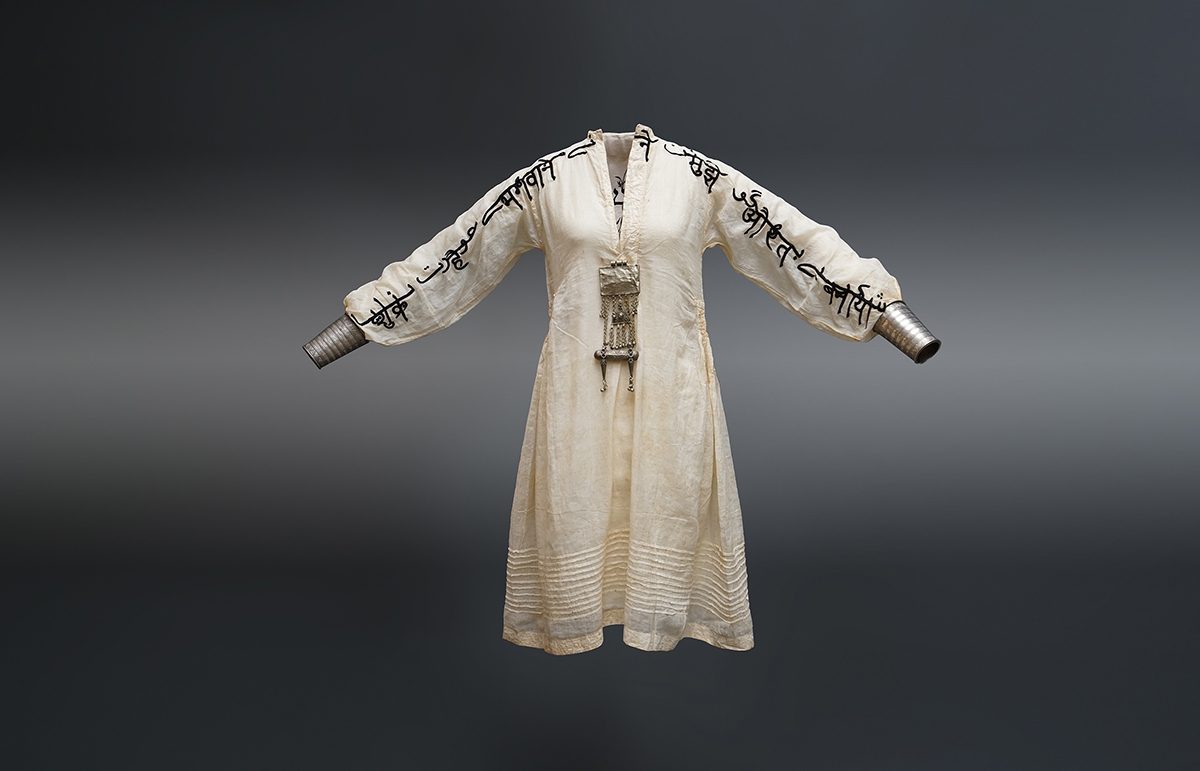